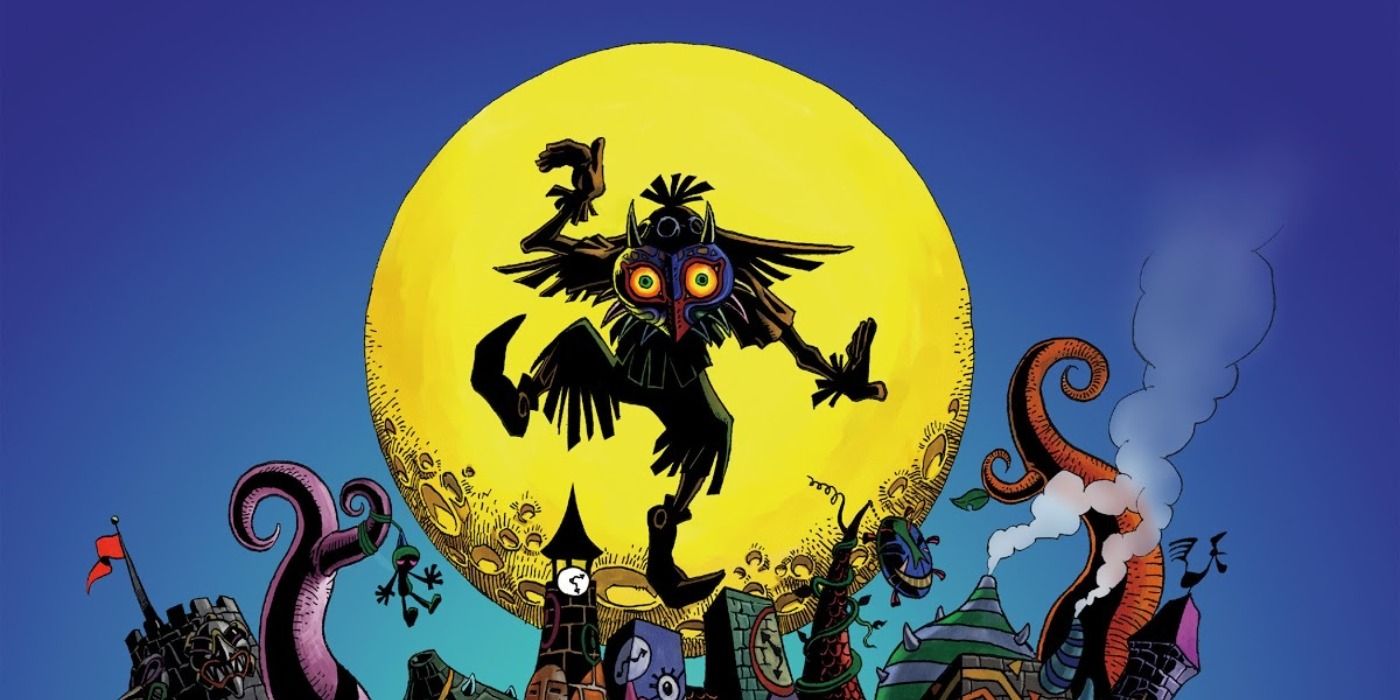 The Nintendo Switch Online version of The Legend of Zelda: Majora’s Mask has lag on purpose, in order for a specific cutscene to play out correctly.

The Nintendo 64 app is part of the Expansion Pack, which is a premium tier of Nintendo Switch Online. This service quickly drew the ire of fans, due to it being perceived as too expensive for the content on offer. The backlash intensified when fans discovered numerous emulation issues with the N64 games. The most prominent of these involved fog and water effects not displaying correctly. This was a big problem with the Water Temple in Ocarina of Time, which used both extensively. There were also issues with games cutting to the Home menu, with Paper Mario crashing under certain circumstances. Overall, the Nintendo 64 emulation quality in Nintendo Switch Online was very poor at launch.

Related: What Ocarina Of Time & Dragon Quest’s Difficulty Have In Common

When Majora’s Mask launched on Nintendo Switch Online, the Nintendo 64 app received an update that fixed most of the issues with the existing games on the service. It turns out that Majora’s Mask has some lag that was kept in on purpose. However, it had been removed in the other ports of the game.

The Lag In Majora’s Mask Served A Purpose

According to Fig02_ on Twitter, the Nintendo Switch Online version of Majora’s Mask adds lag to the cutscene near the end of the game, where the Giants stop the Moon from crashing into Termina. The reason this lag was added in was to make sure the music and the cutscene lined up in the same way that they did in the original Nintendo 64 version of the game. The Wii Virtual Console version of Majora’s Mask fixed the lag, resulting in the cutscene continuing for an additional eight seconds, while the screen was totally black. This is a notable step up from the quality of the other Nintendo 64 games at launch, as it took Nintendo several months to fix the Water Temple in Ocarina of Time.

The Expansion Pack was seen as a poor deal at launch, due to the emulation issues with the Nintendo 64 games and the only DLC access being for Animal Crossing: New Horizons. Since the service launched, the Nintendo 64 titles have been fixed, and Mario Kart 8 Deluxe’s DLC tracks will be added over time. The Nintendo 64 housed some of the greatest video games of all time and it would be a shame if any future emulation issues affected the upcoming games, like Mario Golf or F-Zero X. It seems that Majora’s Mask has not only launched without significant bugs but the slowdown was added back in, to ensure that one of the Nintendo 64’s best games of all time was as accurate as possible.

Next: Ocarina Of Time’s Zelda Timeline Placement Was Ruined By Skyward Sword

See also  10 Movies That Take Place Inside A Character's Mind


Scott has been writing for Screen Rant since 2016 and regularly contributes to The Gamer. He has previously written articles and video scripts for websites like Cracked, Dorkly, Topless Robot, and TopTenz.
A graduate of Edge Hill University in the UK, Scott started out as a film student before moving into journalism. It turned out that wasting a childhood playing video games, reading comic books, and watching movies could be used for finding employment, regardless of what any career advisor might tell you. Scott specializes in gaming and has loved the medium since the early ‘90s when his first console was a ZX Spectrum that used to take 40 minutes to load a game from a tape cassette player to a black and white TV set. Scott now writes game reviews for Screen Rant and The Gamer, as well as news reports, opinion pieces, and game guides. He can be contacted on LinkedIn.

“What the F*** Are You Filming”: Arnold Schwarzenegger Was Caught-off Guard by Son’s Major...

Ruben Randall - August 12, 2022 0
TV/Movies
The key difference between the two: Trump, a septuagenarian reality TV star with an endless arsenal of meme-able personal tics and a total unwillingness...