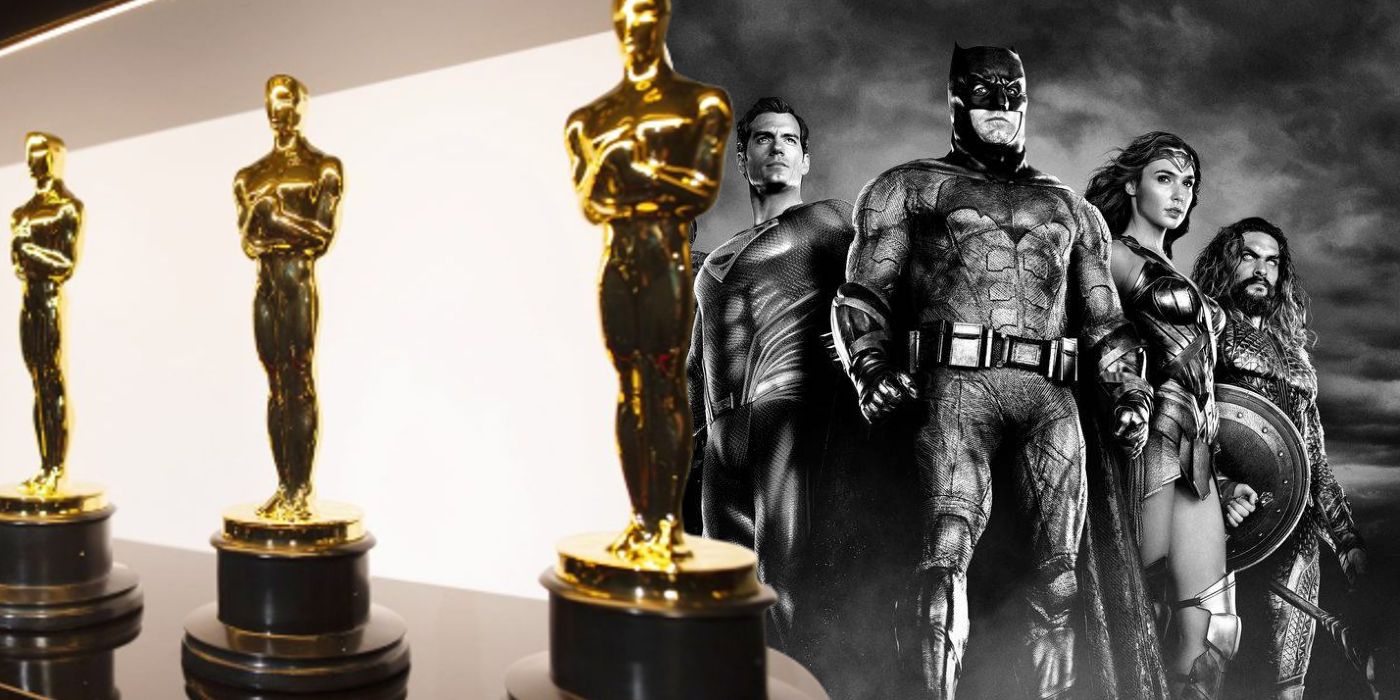 A new report finds that coordinated bots may have helped Zack Snyder’s Justice League and Army of the Dead secure wins in their Oscar fan polls.

The fan-fueled wins for Zack Snyder at the 2022 Oscars may have been rigged by bots. The 94th Academy Awards were a controversial one for a number of reasons, from the decision to cut 8 awards from the live broadcast to instead making new fan-voted categories. All of this came on top of what would be the night’s most talked-about moment, which was not the history-making Best Picture win for CODA, but instead the altercation between Will Smith and Chris Rock that resulted in Smith’s suspension from the Academy.

The fan-voted results took many people by surprise, as the two categories of Best Cheer Moment and Fan Favorite Movie of 2021 did not go to Spider-Man: No Way Home like many suspected. Instead, they went to Zack Snyder’s Justice League and Army of the Dead, respectively. Snyder took to social media to celebrate the double win, as it was the first time any film of his had won any type of Academy Award. The awards also mean that both films are now considered Oscar winners on sites like IMDb.

Related: How Zack Snyder Won Big at the Oscars Despite Not Being Nominated

The validity of those votes are now in doubt as in a recent report from The Wrap, it appears that the Academy’s Fan Favorite and Cheer Moment awards were rigged by automated online accounts. No official statement has been made. Tweetbinder, a hashtag analytics tracking tool, states that the most active contributors with the two polls were autonomous web programs that cast thousands of fake votes. Meanwhile, University of Maryland professor David Kirsch, who studies fan bots, states that the pro-Snyder accounts “certainly do not look like they were generated by a human user,” yet he will not definitively rule them all to be bots. The Academy is still standing by the poll results, though. One insider notes that certain rules were put in place, such as that there was a limit of 20 votes per Twitter handle, accounts less than 24 hours old couldn’t participate, and the results included votes cast on the Academy website, which had Army of the Dead as the clear winner.

There has been no word on if the Academy will continue with the Fan Favorite and Cheer Moment awards for next year’s ceremony, but if the report does turn out to be true, there are certainly going to be some changes to the voting system. It is a likely possibility that the polls could be manipulated, as it was reported earlier that Camila Cabello fans were voting in high numbers to push the singer’s Amazon film Cinderella into the lead in the Fan Favorite movie poll. This also may explain how the Johnny Depp-led film Minamata, which was released on PVOD on February 11, 2022, ranked third place in the Oscar Fan Favorite poll.

This is not the first time bots have been able to rewrite the narrative of a film in the eyes of the public. It was reported that nearly half of The Last Jedi’s backlash was political trolling. Coordinated review bombs for films like Captain Marvel forced Rotten Tomatoes to disable the audience poll on a film until after they were released in theaters. While the Oscars title still remains for Snyder’s films, the questionable validity of the already controversial award is certainly hanging over both Zack Snyder’s Justice League and Army of the Dead.

Next: Justice League: Why The Villains’ Truce Was Key To Snyder’s Knightmare

Doctor Strange 2 Writer Reveals If Illuminati Exist In Other Universes


Richard Fink is a news writer for Screen Rant. He graduated from Arizona State University in 2016 with a degree in Film and Media Production. He loves the finer things in life, like cold Diet Coke on a hot summer day. Richard is a fan of all things Star Wars, Marvel, DC, and Film History.

Ruben Randall - May 15, 2022 0
Celebrity
George H. Nash writes as a defender of the Conservative Movement, which is almost entirely distinct from the conservative movement, lower case.Law and...