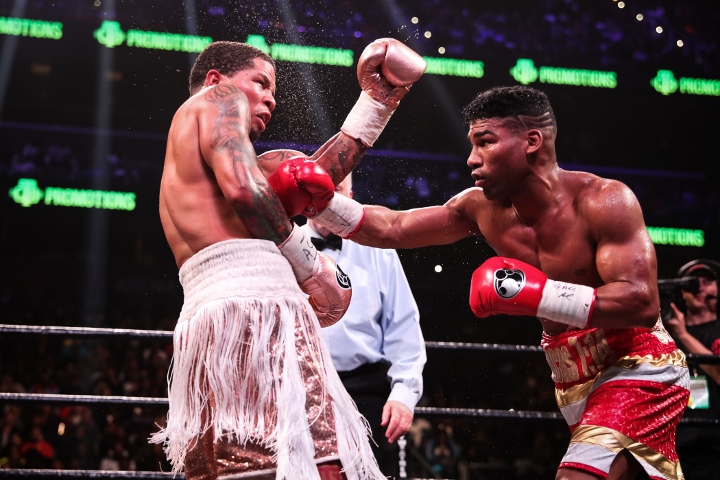 The Cuban veteran is still bothered by his 12th-round, technical-knockout defeat to Gervonta Davis in December 2019. In the 40-year-old Gamboa’s mind, a victory over Cruz, who tested the undefeated Davis in their 12-rounder December 5 at Staples Center in Los Angeles, would warrant a rematch with the WBA world lightweight champion in Gamboa’s following fight.

“When I beat Isaac Cruz, I want the rematch with Gervonta Davis,” Gamboa said through a translator during a recent virtual press conference to promote the Spence-Ugas event. “I really didn’t feel comfortable with the way that first fight unfolded. I fought with a torn Achilles for 11 rounds, but I was still able to withstand everything and get to the finish. I need another bite at the apple and I need to show that I have the quality to beat him. I need to fight him while I’m healthy and 100 percent, because that fight will be totally different.”

A Davis-Gamboa rematch undoubtedly would be a tough sell from a commercial standpoint based on the one-sided nature of the 27-year-old Davis’ victory. Nevertheless, Gamboa contends that the complete tear to his right Achilles tendon, sustained during the second round, severely limited him for almost all of his fight versus Davis.

Gamboa has boxed only once since Davis defeated him 27 months ago. Undefeated Devin Haney thoroughly out-boxed Gamboa over 12 rounds in that November 2020 bout at Seminole Hard Rock Hotel & Casino in Hollywood, Florida.

The aged Gamboa was supposed to face then-unbeaten 130-pound contender Chris Colbert (16-1, 6 KOs) last July 3 in a “Showtime Championship Boxing” main event at Dignity Health Sports Park in Carson, California. He withdrew from that bout on short notice due to rib and foot injuries.

Cruz, 23, has competed three times since Haney beat Gamboa, but Gamboa is confident he’ll prove he still can compete at the championship level.

“I’m going to show everybody that’s watching on TV and that’s watching in the stands that Yuriorkis Gamboa is still here to stay and that Yuriorkis Gamboa can still be the best in the division,” Gamboa said. “There’s definitely a lot of people that are overlooking what I still have left in the tank and the quality of fighter that I still am. People are going to see that that’s just noise.”

Keith Idec is a senior writer/columnist for BoxingScene.com. He can be reached on Twitter @Idecboxing.

Rudy Giuliani, Like His Buddy Trump, Is Now Under Criminal Investigation...

Ruben Randall - August 16, 2022 0
Celebrity
When we last checked in with Rudy Giuliani, the former New York City mayor had just been sued by his third ex-wife, who...

Did black-ish Hint at Spinoff? Early Flight Attendant Theories? Where Were...