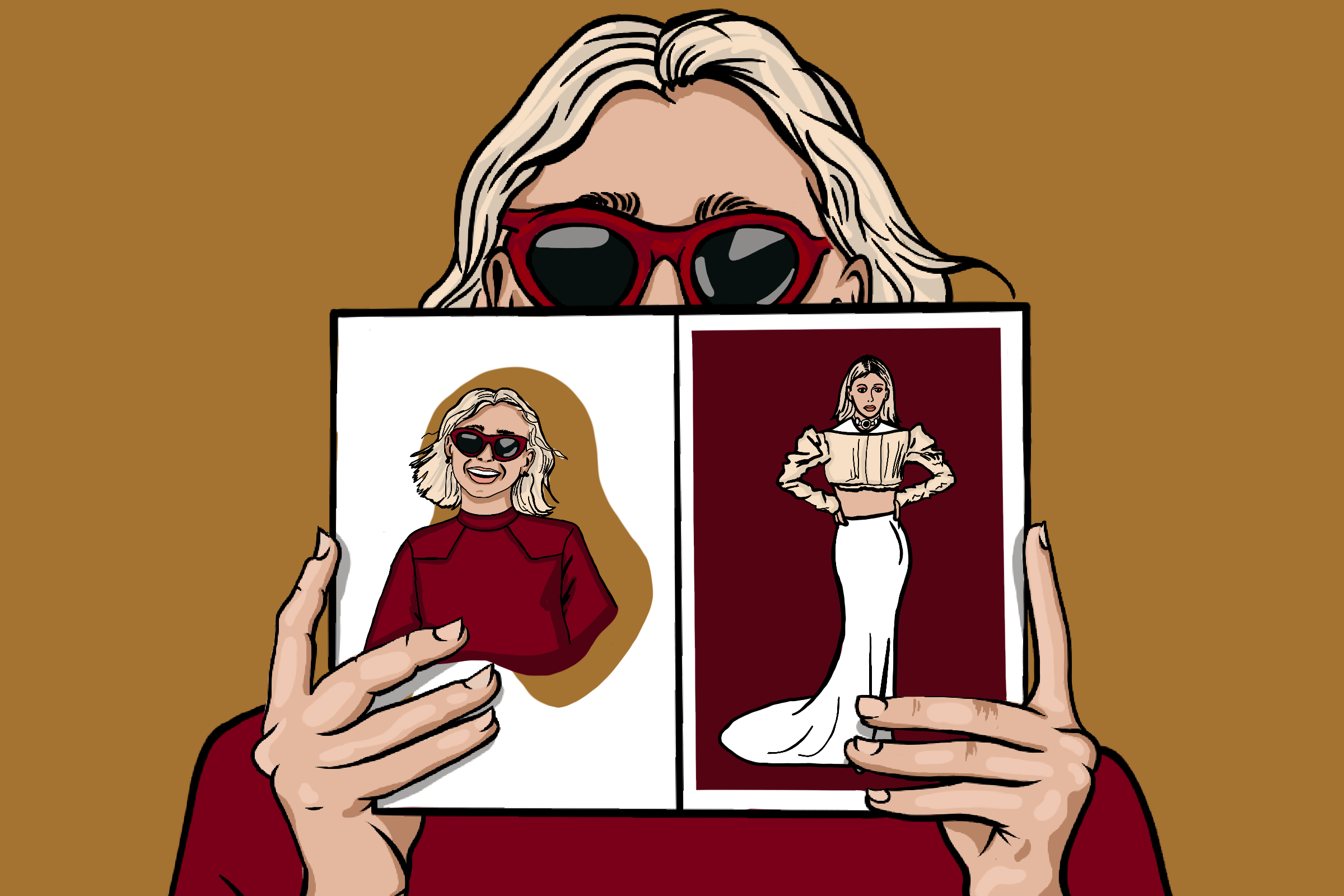 At 18 years old, with no background in fashion, digital influencer Emma Chamberlain was an esteemed guest at Paris Fashion Week 2019.

“My first fashion experience was with Louis Vuitton … I don’t think I fully even understood how cool and life-changing it was going to be,” Chamberlain says in a video with Vogue. Vogue’s series “7 Days, 7 Looks” offers audiences a lookbook of our favorite celebrities’ go-to outfits. From Keke Palmer (“Nope”) to Japanese Breakfast, acclaimed actors and musicians show off their tried and true clothing items, shoes and accessories all while showcasing their original styles. While Vogue spotlights beloved stars like Sadie Sink (“Stranger Things”) and models like Winnie Harlow, they also make room for social media influencers — notably, Emma Chamberlain. Though Chamberlain’s original claim to fame was her YouTube vlogs, the fashion world has embraced her.

Chamberlain began her YouTube career in high school. She attracted an audience due to her effortless relatability, sense of humor and quirky editing. Though some of her past videos do focus on her personal style — trips to thrift stores and attempts to alter clothing — her channel was never fully devoted to the subject. Even in these videos, her attitude toward clothing was more indifferent than interested; her resulting style seemed more personal and casual than anything else. Unlike fashion-focused YouTubers like bestdressed, whose clothing-related videos racked up 15 million views, Chamberlain’s most popular videos are vlogs of her at Coachella and day-in-the-life style videos. So why was Chamberlain invited to Paris Fashion Week three separate times, chosen over other successful YouTubers with fashion-centered careers?

The answer is simple: Chamberlain was — and remains — more popular than other influencers. Though prominent fashion-focused social media stars exist, most cannot compete with Chamberlain’s viewership. She is nearing 12 million subscribers on YouTube, has over 16 million followers on Instagram and started a successful brand, Chamberlain Coffee. She was interviewed by The New York Times in 2019 and made Forbes’s “30 Under 30” list in 2021. Despite some controversies and mistakes she’s made, Chamberlain has managed to escape being “canceled” and has maintained a positive platform. Any person or industry looking to increase their influence or improve their visibility would undoubtedly benefit from a relationship with Chamberlain given her considerable audience and her eminent online presence.

See also  Syracuse football: A look at some possible replacements for Nick Monroe

The incorporation of social media stars into the fashion world can be viewed as an attempt by the industry to improve its accessibility and relevance. In 2018 and 2019, Vogue brought YouTuber Liza Koshy to the Met Gala. Her 2018 interview with Miley Cyrus, Paris Jackson and Stella McCartney accumulated 11 million views on YouTube, and her 2019 interview with actress Deepika Padukone (“Om Shanti Om”) reached 15 million. Chamberlain was brought in 2021 and 2022, and nearly all of her interviews have at least one million views. Though the celebrity interviewees are assuredly responsible for some of the videos’ popularity, the personable and amiable qualities of Koshy and Chamberlain arguably drew in more clicks and engagement. Not only was Vogue smart to reach Koshy’s and Chamberlain’s respective fanbases, but even those unfamiliar with the influencers could enjoy the sense of humor and energy they brought to the carpet.

Beyond acting as spokespeople for magazines like Vogue, influencers have begun posing as high fashion models. Chamberlain was featured in the V132 edition of V Magazine in 2021 and reactions to her photoshoot were overwhelmingly positive. One Twitter user was delightfully shocked, writing “no because the fact that i wouldn’t question that this was just another editorial high fashion model/shoot. miss emma chamberlain you’re killing it!!!!!!!!” A TikTok’s comment section about the shoot was flooded with compliments for the influencer-turned-model: “she is the MOMENT so amazing,” writes one user; “I wish she didn’t have the ‘influencer’ title bc I think a lot of people aren’t letting her get out of that box BUT LOOK WHAT SHE CAN DOOOO” writes another.

This wave of positivity for Chamberlain arrived only after critique and pushback against her involvement in the industry. People regularly mocked Chamberlain’s ascension in the fashion world; one Twitter user cited their bafflement, saying “…emma chamberlain dresses like a character from saved by the bell and got invited to fashion week. moral of the story is if (she) can do it so can you.” Another user wondered why digital influencers are invited to fashion events in the first place — “The met gala lost its class right when they started inviting influencers and tiktokers.” The Tweet has over 17,000 retweets and 200,000 likes, revealing that many people associate digital influencers with less sophistication and allure than traditional celebrities.

Chamberlain discusses the pushback she and other influencers received in her feature with V Magazine: “In a sense, the fashion world itself has been around forever and influencers and digital celebrities are very new and haven’t necessarily earned their stripes yet … I understand that kind of discomfort from people who have been into fashion since they were younger (where) maybe it was before this was all a thing and seeing digital influencers come in feels wrong. At the same time, the world of fashion and fame has to evolve in order for it to grow, so this is a natural part of that and it only makes sense.”

I grew up watching “Project Runway” and “America’s Next Top Model,” so the fashion world has always felt out of reach, unattainable. It makes sense that the public and online fanbases are excited for Chamberlain and other digital influencers to be involved in the industry — it makes the fashion world seem less exclusive and more inviting. At the same time, it’s not like Chamberlain is the poster child for commonality — or, at least, isn’t any longer. Though she originally attracted followers due to her relatability, she currently has a net worth of $12 million, a figure that will only rise given her numerous business endeavors and ever-growing fanbase. Making Chamberlain a fashion darling wasn’t without purpose; she offers the industry relevancy and access to a modern, young audience, all while meeting its requirements of status and wealth.

We’ve already seen other digital influencers follow in Chamberlain’s footsteps — check out Addison Rae’s “7 Days, 7 Looks” — and the trend is certain to continue. The relationship between digital influencers and the high fashion world is mutually advantageous, as both players increase their influence and solidify their prominence in an online world.

The Galaxy S22-Series Is Getting Stable Android 13: Here’s How To Update

Ruben Randall - December 12, 2022 0
Actress
Making movies in Hollywood has to be one of the more unique jobs one can have. At the same time, it is just a...

What is LA Clippers owner Steve Ballmer’s net worth? All you...