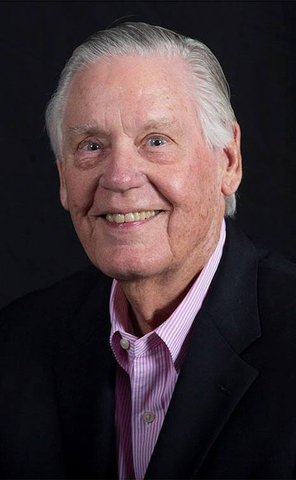 I  may be one of the few people on the planet that has not seen “Top Gun Maverick.”  As of this writing the film, starring Tom Cruise and a sequel to the 1986 hit, “Top Gun,” has grossed over $1 billion at the box office and shows no signs of landing anytime soon.

Someone who has seen the movie is a former Top Gun himself, Hans Trupp, a long-time friend and real estate executive on St. Simons Island. I called him and asked what it felt like to be sitting in a theater watching Maverick Mitchell (Cruise) and his team in action.

“I can’t believe I did that,” he laughs after watching all the action on the screen. But he did. Trupp gives the movie generally good marks for its depiction of carrier life  but sees a lot of things that would not have happened in the real world of Navy aviation. “Aboard a carrier, it is all about discipline,” he says. After all, planes are being launched every 30 seconds and recovered every 45 seconds.

Trupp does concede that the egos in the movie were real. “We were a very competitive bunch and thought we were all hotshots,” he chuckles. “But we did have fun.”

As a pilot of an F4B Phantom, Hans Trupp flew more than  200 combat missions over North Vietnam off two different aircraft carriers: the USS Ranger and the USS Constellation. For his service, he was awarded a Distinguished Flying Cross, 12 Air medals, two Navy commendation medals and two Navy achievement medals with combat V and the South Vietnamese Cross of Gallantry. He earned them all.

See also  Miley Cyrus Flaunts Her Figure In A Bikini

He got his Distinguished Flying Cross for shooting down an enemy plane in Haiphong Harbor attacking a PT boat trying to smuggle spies into North Vietnam and he did it at night.

On another occasion, he was flying wing for another F4B when an enemy surface-to-air missile hit the other fighter jet just 100 yards from Trupp who watched it go down and never saw the parachute. “It was obvious they didn’t make it,” he says.

Trupp was also flying over North Vietnam when John McCain was shot down. ‘I heard his Mayday call,” he says, “but at the time I didn’t know it was McCain.”  It caused quite a stir since McCain was the son and grandson of Navy admirals.

Avoiding surface-to-air missiles (SAMs) was an occupational hazard, Trupp says. “When they locked on you, you quickly went into a ‘Split-S’ maneuver. You invert the aircraft and pull the nose down,” he explains, “and then pull up headed in the opposite direction at a lower altitude.”  The missiles couldn’t handle those twists and turns.

Having survived the war and in the real estate business, Hans Trupp was to find out much of it had been in vain. Twenty years later, he discovered John L. Piotrowski, a retired United States Air Force four-star general, had published a book, “Basic Airman to General: The Secret War & Other Conflicts.”

In the book, Piotrowski cites a television interview in which former Secretary of State Dean Rusk confessed the U.S. government was tipping off the North Vietnamese about its intended bombing targets a day in advance.

See also  Aurora James And Emma Grede Know Retail. Their Advice On Driving Change In The $5.6 Trillion Industry? No Compromises.

An incredulous Trupp tracked down the retired general after a month-long search and discovered it was true. He and his fellow fighter pilots were risking their lives fighting an enemy who had been forewarned, prepared and were shooting down American aircraft, capturing and torturing survivors. Trupp says it was an unforgivable betrayal by the very country they were serving. That is putting it mildly.

Today, Hans Trupp worries about the future of our country. He believes we are weaker militarily and that China, more than Russia, represents our biggest threat. Of even more concern is a generation that seems less and less patriotic and less appreciative of the freedoms they have been given and the sacrifices made for them. This isn’t what he and his fellow aviators fought for. But I am proud they did. We all should be. Theirs was not a Top Gun movie. It was the real thing.

Dick Yarbrough is an award-winning columnist from Georgia.  Reach him at [email protected] or at facebook.com/dickyarb.

Neo-Nazis outside, GOP lies and slurs inside

How Farruko Achieved a Net Worth of $3 Million