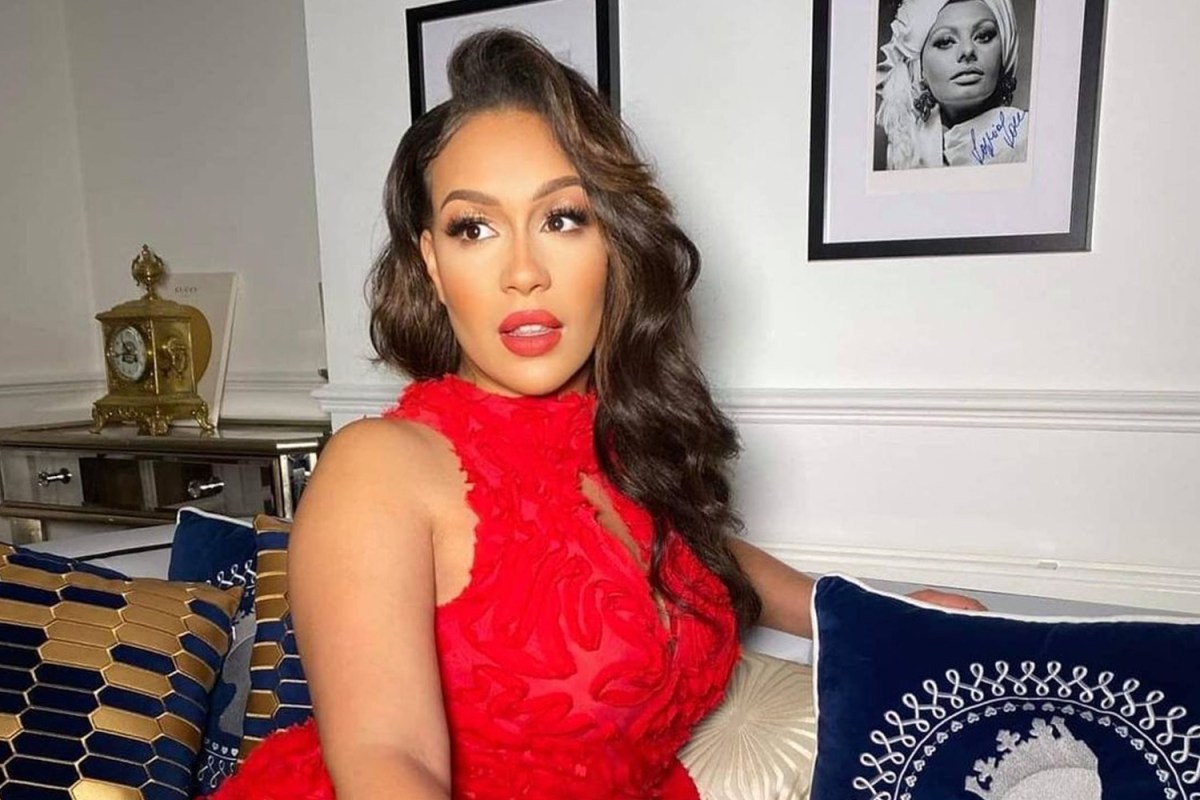 X FACTOR star Rebecca Ferguson has lifted the lid on the support she has received since revealing her abuse hell at the hands of music industry bosses.

The singer has been contacted by major pop stars who had similar experiences and gave her their backing.

Rebecca Ferguson reported to the police allegations of harassment and coercive control against a music executiveCredit: Instagram

It comes after she went to the Metropolitan Police earlier this year to report allegations of harassment and coercive control against a senior male figure in the industry.

She claimed she was targeted while working to build her career after finishing runner-up on the ITV show.

We caught up at Boisdale Life Editors Lunch, in London, where she was celebrating her 35th birthday with friends on Wednesday.

She said: “I have been in contact with a few female singers since opening up about my own experience to discuss the treatment of artists in the industry and we have offered each other support.

“Some people are too afraid to speak out but I have been working with people in the Government to try and make a change. We need to help each other.”

Rebecca has since discussed the problems she has raised with Culture Secretary Oliver Dowden, who is planning a high-level summit to look at ways of improving relations between artists and record company execs.

Rebecca thinks that artists should be given chaperones to look out for them, as young Premier League stars have.

She added: “I think some sort of chaperone system, like footballers have, should be put in place.”

Her current album No Words Needed is out now and she will be touring later this summer with Nile Rodgers and Chic.

The Sun on Sunday also revealed how singer Katie Waissel was the victim of a terrifying assault when she met a worker from The X Factor to discuss new recordings.

Katie claimed the incident happened in the US some years after she reached the semi-final of the reality show in 2010.

Katie revealed she regretted taking part in the ITV show, adding: “If I could go back in time, I’d never have taken part.”

READ ON FOR MORE OF THE BIZ ON SUNDAY COLUMN

Gordon’s girl Tilly up for Strictly

Gordon Ramsay is a dead cert to show up for Strictly Come Dancing this year, after bosses booked his daughter Matilda.

The 19-year-old budding cookery star, known as Tilly to her CBBC fans, has built up a huge social media following on TikTok teaching her dad dances and through hosting her show Matilda And The Ramsay Bunch.

Gordon Ramsay with his daughter Tilly, who is set to appear on StrictlyCredit: Handout

She was due to take part in Strictly last year but pulled out due to other work commitments and breaking her arm.

A telly source said: “It’s a great sign-up as Tilly has proved a hit with youngsters and Strictly bosses are desperate to attract more young fans to the show.

“It will be great to have Gordon sitting in the audience supporting as well, though he’s bound to scare off any pros hoping for a Strictly romance.

“Tilly’s really excited and can’t wait to throw herself into rehearsals.”

Social media stars taking part in the show in recent years have included Joe Sugg, Saffron Barker and HRVY, but talented Tilly could be the first one to actually land the Glitterball trophy.

BEBE Rexha has always been proud of her famous curves and now she’s encouraging other women to follow suit.

The singer is fronting a lingerie line with brand Adore Me offering a wide range of underwear sizes from XS to 4X. 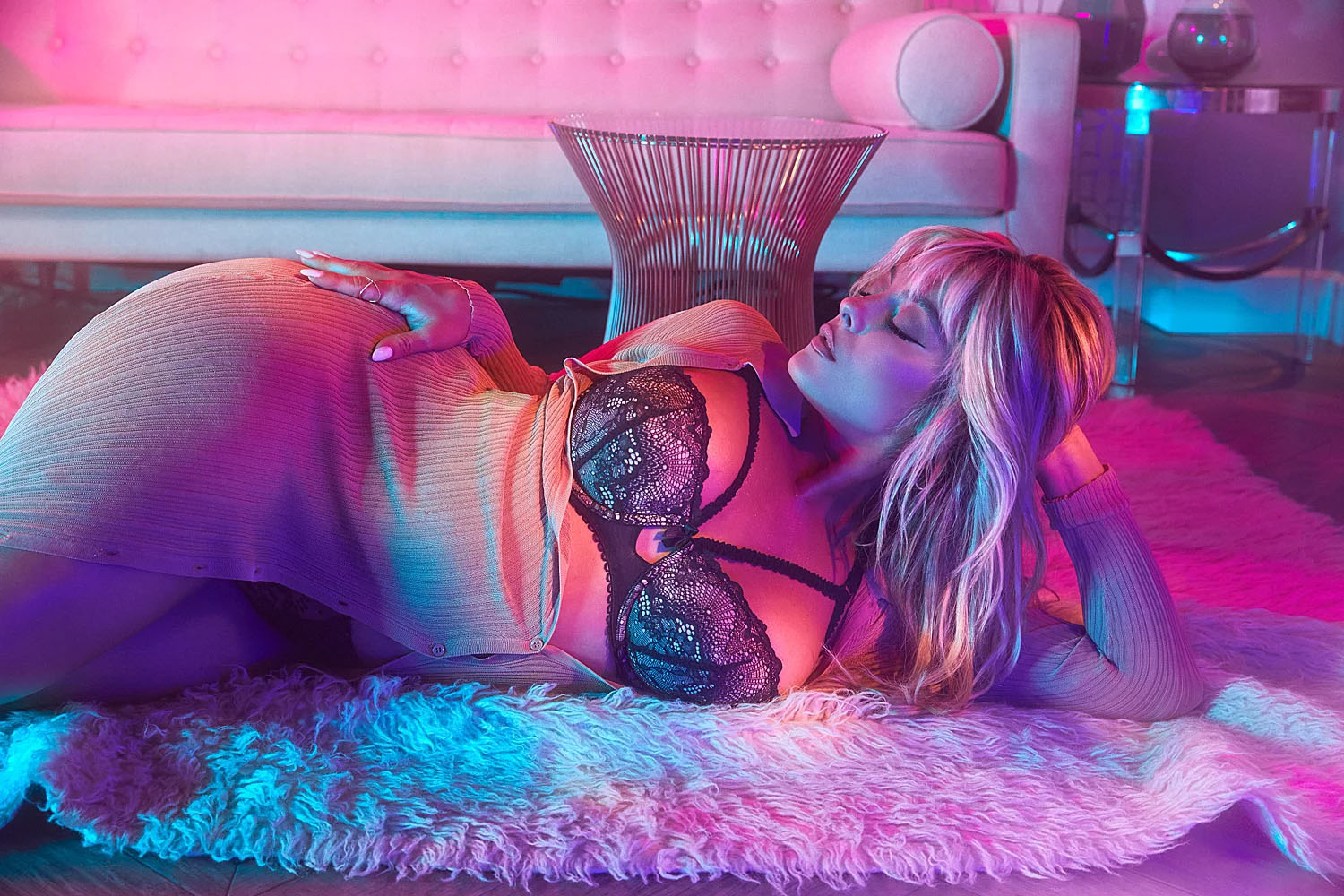 She said: “I’m all about body positivity, inclusivity, and I was really excited to ­partner with a brand that really believes in that and has been pushing that for a while.

“As a woman who wasn’t the cookie-cutter pop star, I hope to inspire women to love their bodies and feel beautiful at any size.”

Georgia has her Isle on Tyler

AFTER unsuccessful attempts at finding romance on Love Island and Celebs Go Dating, Georgia Steel seems to have netted herself a keeper.

We can reveal that the reality beauty is quietly dating Leeds United striker Tyler ­Roberts after meeting through mates.

The pair were spotted having a romantic dinner in upmarket Japanese eaterie Issho’s rooftop restaurant in Leeds on ­Friday night.

Smitten Tyler, who played for Wales in the Euros last month, couldn’t keep his eyes off the brunette, who showed off her stunning figure in a neon orange crop top and jeans. A source said: “It’s early days for them, but they really like each other and have lots in common. “Tyler is a sweet guy and they are both focused on their careers so they suit each other well.”

Pals told how former junkie Blake, who is now living with the mum in Leeds, popped the question in June after a six-month romance. 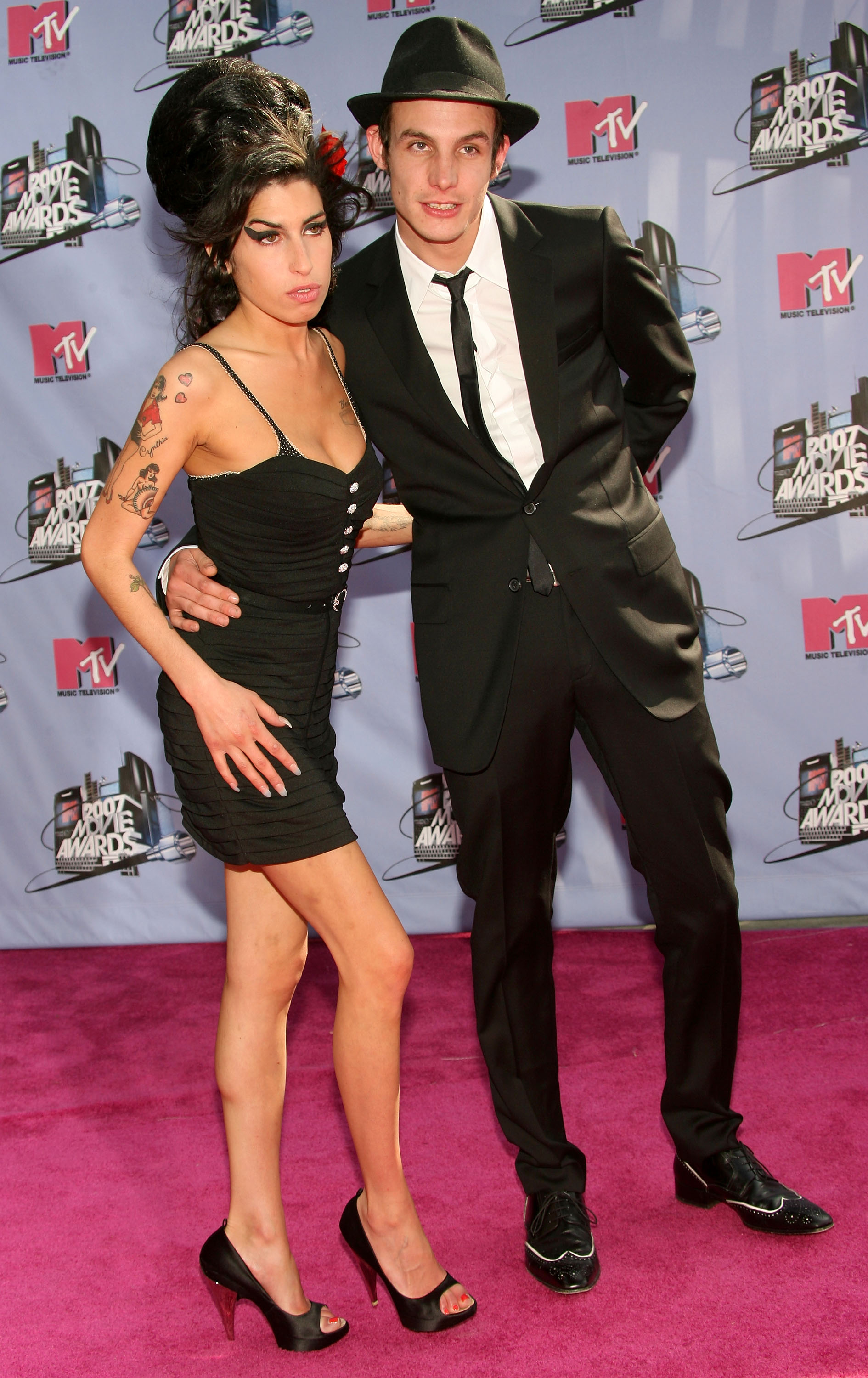 But they admitted those close to Bay are concerned the pair have grown close too quickly.

One told us this week: “The proposal seems to have come very fast. And while Blake and Bay seem besotted with each other, they do come from very ­different worlds.

“Bay is lovely – very ­normal and down to earth.

“But ­suddenly she is ­rubbing shoulders with stars like Pete Doherty, who Blake is still pals with.

“They kept the romance quiet for a while. She was telling friends that she was dating a music producer.

“She is very happy, but those close to her hope they haven’t moved too fast.” Blake became a household name thanks to his car-crash relationship with Amy, who he was married to for two years before they divorced in 2009.

And after the music icon passed away in 2011, he was publicly ­vilified for admitting on TV that he had introduced the star to heroin.

Earlier this week, Blake was ­pictured in a grey tracksuit, swigging from a can of Stella in the street.

Perhaps he was toasting his new engagement.

IAN “H” ­Watkins, from Steps, has pleaded for his friend Britney Spears to be freed from her conservatorship after he and the US singer grew close while touring.

Steps supported label mate Britney on her Baby One More Time US tour in 1999, which is when they struck up a friendship.

He said: “I became close to Britney. I travelled on her private jet between gigs as I am a terrible insomniac and I couldn’t sleep on the band’s tour bus. She kindly invited me to fly with her. We became great friends.

“To see what’s happening right now is heartbreaking. I want her to get her life back.

“I want that beautiful, sweet, kind woman to regain her sparkle. We used to make silly videos – she was lovely and deserves the best.

“I was listening live to her court hearing speech and I could hear the desperation in her voice, the unhappiness and I was gutted. I think the whole thing is going to unravel now and she has voiced that she wants out.”

H, who is working with family holiday rental expert Vrbo, recalls how Britney used to be a fan of his dance moves.

He said: “We last hooked up when she came to Wembley Arena back in 2004, but I know if she came to our Steps concert she would still know the routines.

“We used to have a laugh – she especially loved Tragedy.”

SHE’S not been seen in Weatherfield since she was dumped by cobbles Casanova Ken Barlow last year, but we can reveal that actress Rula Lenska’s character is returning to Coronation Street.

The glamorous star, who plays hairdresser Claudia Colby, starts shooting a string of episodes next month and will make her on-screen entrance in the autumn.

A source close to Rula said: “She adores the show and cast. She can’t wait to get her teeth stuck into the storyline.”

Speaking last year, Rula claimed the ITV soap needed more of its trademark comedy after a string of sad plots.

She said: “Recently, the storylines have been dramatic and sad, so I think we need a little bit of humour now.”

Let’s hope the scriptwriters are listening.

FORMER Love Islander Lucie Donlan has made a police complaint after she was sent death threats by vile trolls – two years after appearing on the ITV2 show.

Lucie, who found fame on the show alongside Maura Higgins, said: “It’s actually been worse recently than when I came out of the villa. 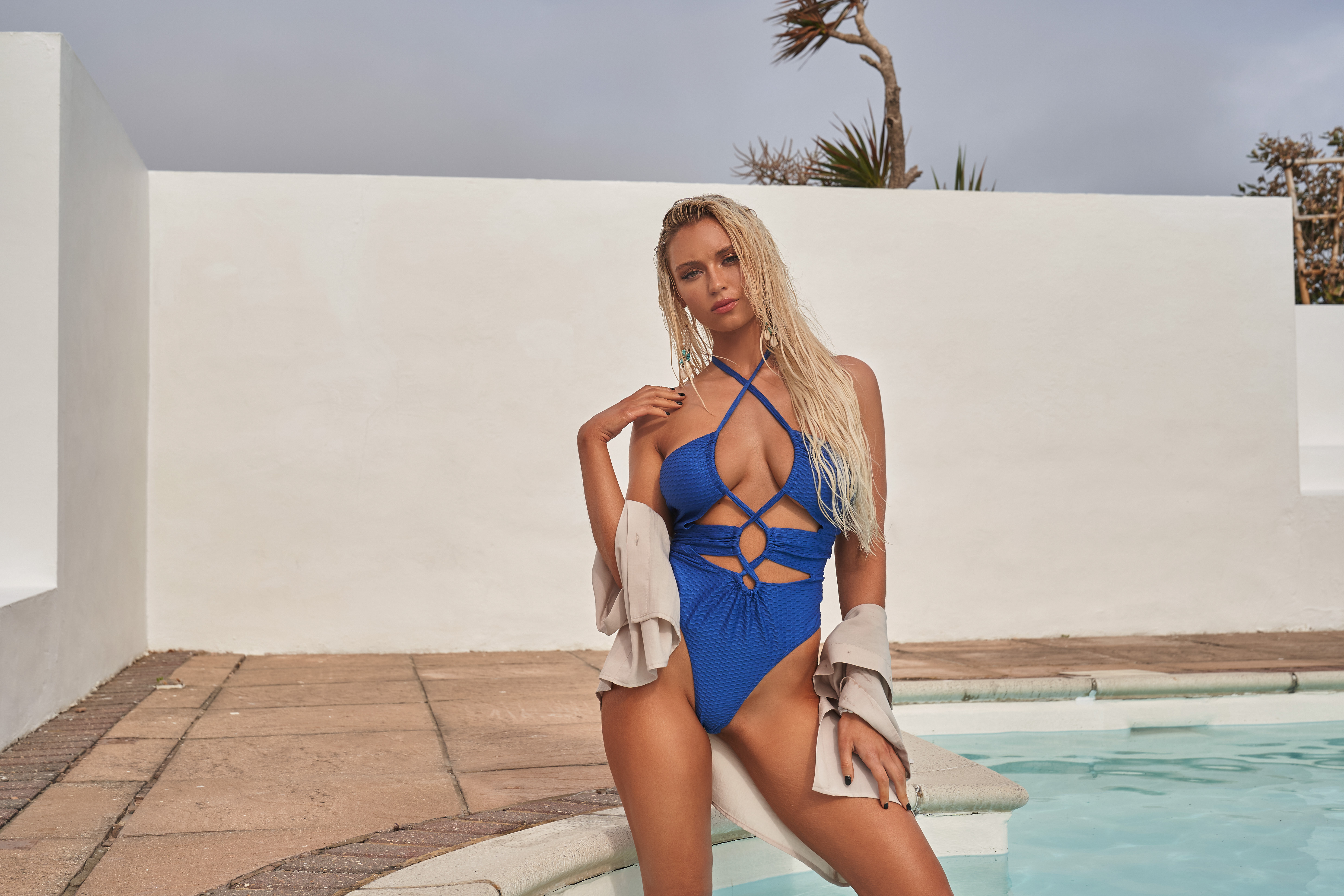 “I think because everyone is just at home on their phones. At points I’ve had one [death threat] every day, and it is the same people, so I have reported them to the police.”

Lucie, who has been dating fellow ex-Islander Luke Mabbott for a year, went on: “It’s made me really anxious.

“When I came off the show, I was so busy that I never really had time to look at my phone. But this year it felt much harder to escape the comments.

“It was so hard for me and my family. Luckily they and my boyfriend were so supportive.

“I think the best thing you can do after Love Island is find your own path, do what makes you happy, and have the best people around you that you possibly can.

“I’m lucky, I’ve got great people around me. As well as my family and boyfriend, Maura is great to talk to because she’s so strong.”

Lucie, who now models for surf brand O’Neill, said of Luke: “I watched him on Winter Love Island and he was ­definitely my type.

“My mum even messaged me to say, ‘Have you seen him?’

“I couldn’t understand why he wasn’t coupling up with anyone on the show, but then I was like, ‘If he comes out ­single, great’.

“So when he did stay single, I slid into his DMs. He’s easily the best boyfriend I’ve ever had. He’s husband material – just everything I’ve ever wanted.

“He’s very positive and caring, and very adventurous like me. He’s also excellent on lingerie shoots and taking sexy pictures for Instagram. He knows all the good angles.”

What more could a girl ask for?

ED Sheeran has revealed he considered quitting music for good last year while he focused on being a dad – but returned after starting to get depressed.

He said: “I found myself getting really sad and ­having zero purpose, even though I was putting time and effort into being a dad.

“And then I was suddenly like, ‘It is more important for my daughter to grow up knowing that her parents have a work ethic.’”

Speaking on SiriusXM in the US, he added: “I slowly got back into music that way, then the creative process started flowing again.”

His latest No1 single Bad Habits shows he made the right decision.

In Loving Memory: Obituaries Of The Week February 20, 2022

On the frontline of the meme wars

Rick Aiello, ‘Do the Right Thing’ Actor and Son of Danny Aiello, Dies at...

Adam Devine Is a Married Man! Who Is Chloe Bridges? Meet...