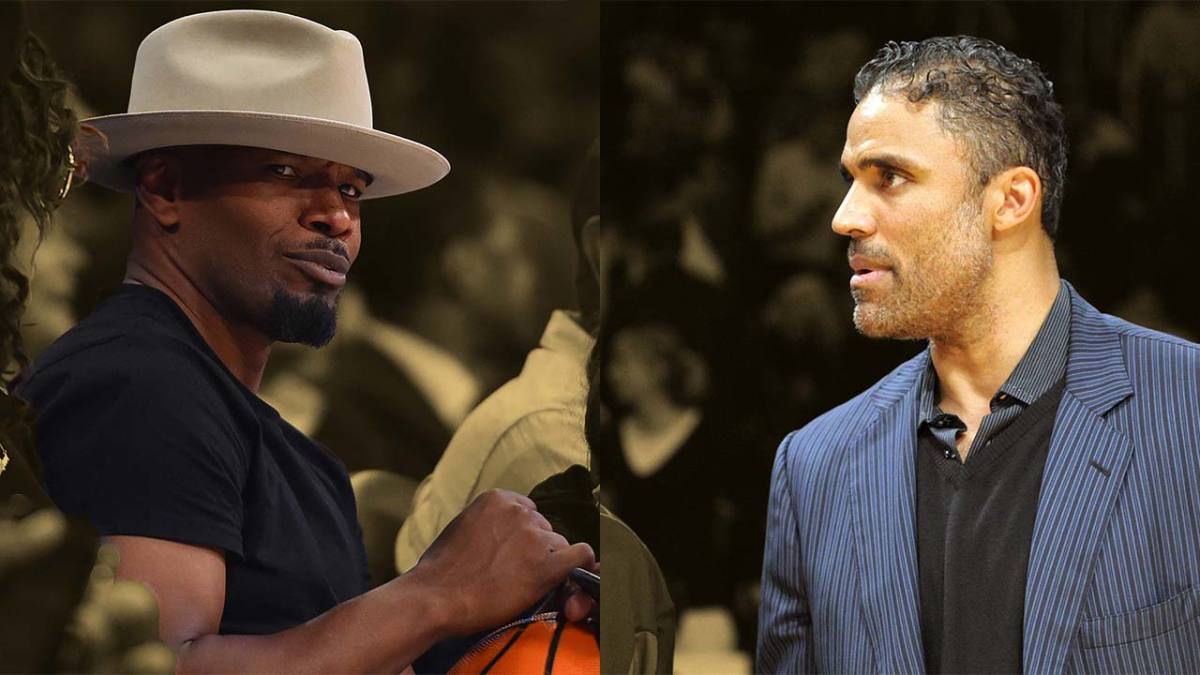 As a comedian, Jamie Foxx has earned quite a reputation for making hilarious impressions of some famous celebrities. And he doesn’t limit his list to just movie stars. In fact, his impression of Los Angeles Lakers legend and NBA Hall of Famer Shaquille O’Neal was undeniably one for the ages.

But no matter how epic Foxx mimics Shaq, people will never mistake him for “Diesel” for obvious reasons. However, though, the multi-talented actor and R&B singer once revealed that he was mistaken by a “very prominent actress” for Shaq’s former teammate, Rick Fox.

According to Foxx, he was hanging out with the anonymous Hollywood star in Los Angeles, and this actress “was doing cocaine.” Once coked-up, she kept referring to Jamie as “Rick Fox” and thought she was with the former NBA player the entire time.

“I ain’t saying no names, but I was in a hotel room with a very prominent actress and she was doing cocaine,” Foxx said on Tank and J Valentine’s The R&B Money Podcast. “I wasn’t! I wouldn’t do that because of my religious beliefs, but she does the cocaine. She goes, ‘Wow! I didn’t think I would be in this room doing cocaine with Rick Fox!’ She thought I was Rick Fox the whole f**king night, bro! I was like, ‘I’m not light-skinned with good hair like this ni**a!’”

Who is Rick Fox?

Evidently, that actress mixed things up because Jamie and Rick’s last names sound identical. But for those who don’t know, the pair also happened to be both celebrities.

Rick has been landing some minor acting roles while still playing in the NBA. He appeared in the famous basketball movie “He Got Game,” but he made his breakthrough as a prison inmate Jackson Vahue in the HBO crime series “Oz.” For what it’s worth, Rick was also previously married to American actress and singer Vanessa Williams.

Going back to Jamie Foxx, we may never know what else happened that night. But one thing we can be sure of is that for that actress, whatever Jamie did, it was Rick Fox doing it.

See also  Who has the most followers on TikTok?

How Much Does the Brazilian Actor Rodrigo Santoro Have in The Bank?

Davis selected coach of the year in HAC-I | Sports