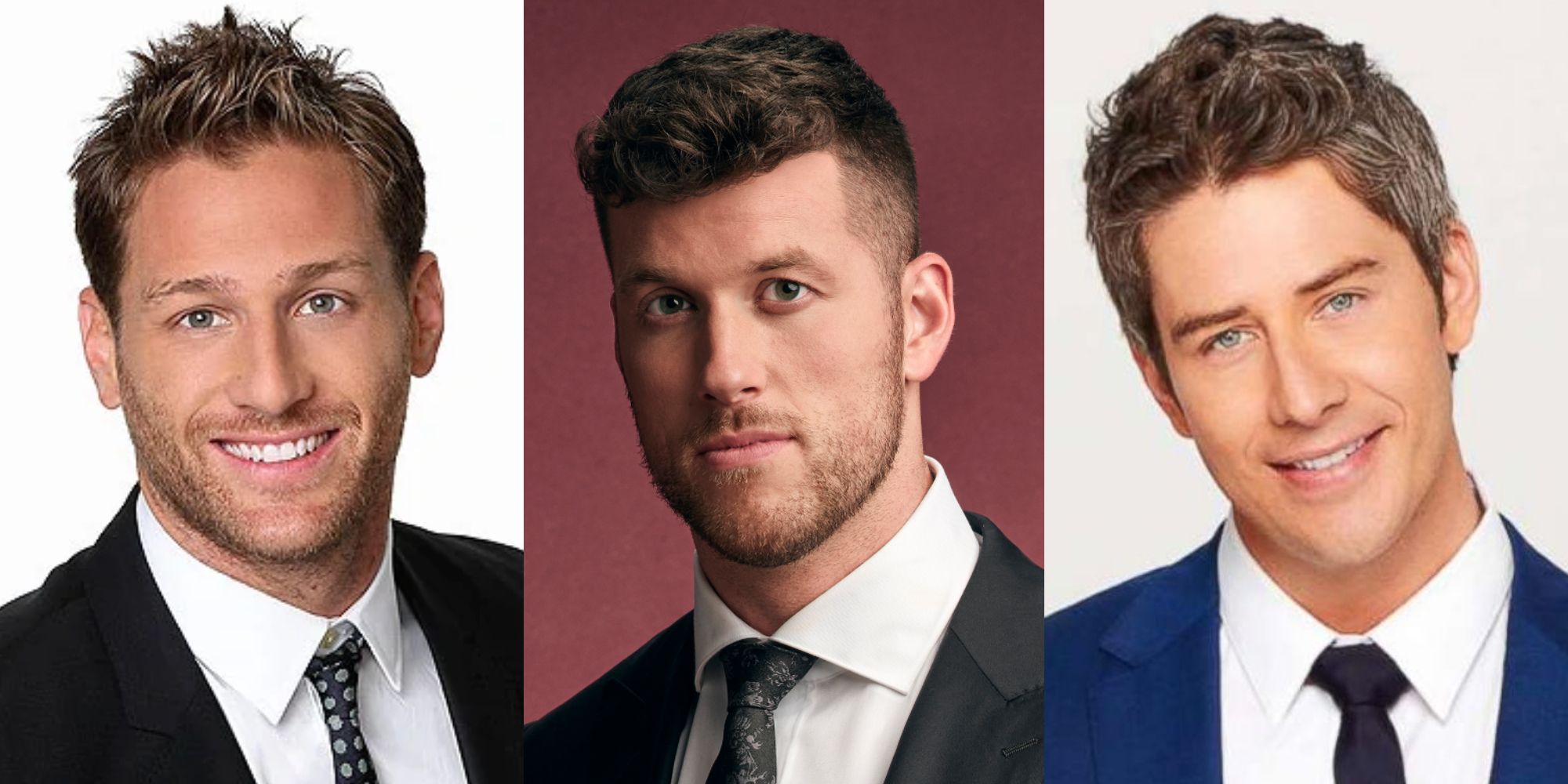 After 26 seasons, The Bachelor had its fair share of lackluster male leads who left Bachelor Nation viewers and their cast of women feeling heartbroken, disappointed, bored, and even offended at times. At this point, there’s no denying that the format of The Bachelor no longer works, at least when it comes to casting the right leads and contestants for each season. Both on the show and after each season, it has become clear that the relationships formed within the Bachelor franchise aren’t strong enough to last.

While producers often try their best to showcase The Bachelor leads in their very best light, it’s quite impossible to hide certain problematic actions and statements on the show. Over the years, this has resulted in many women feeling heartbroken and being misled by the men they were supposed to be pursuing on TV. At times, this prompted cast members to lead their own season of The Bachelorette, but it often came at the cost of being blindsided by someone they had been falling in love with.

Related: Who Will Be The Next Bachelorette?

From making the wrong choice at the grand finale and subsequently pursuing another contestant to being a very boring lead to not picking any woman to start a relationship with in the end, there have been several leads of The Bachelor that not only disappointed viewers but also left them feeling very upset. There have also been Bachelor leads who were outright labeled as “villains” or who had a very messy post-season that disappointed Bachelor Nation fans. All things considered, certain men weren’t the best choices to lead their own seasons of The Bachelor.

Back in 2014, Nick Viall was a compelling contestant on Andi Dorfman’s season of The Bachelorette and ended up as the runner-up. He then came back in 2015 for Kaitlyn Bristowe’s season and made it all the way to the final two, but he was once again not chosen. A year later, in 2016, Nick was cast on Bachelor In Paradise season 3, making it his third season within Bachelor Nation in just three years. In 2017, Nick finally landed a post as the lead of The Bachelor season 21. Alas, by that point, many viewers had gotten tired of watching Nick trying to find love on TV, which made for a very boring season.

The entire premise of Colton Underwood being chosen as The Bachelor was that he was still a virgin due to his religious beliefs. But despite being a charming cast member on Becca Kufrin’s season of The Bachelorette, there just wasn’t a lot of personality to Colton to lead his own season. After his season, Colton was accused of stalking his then-girlfriend Cassie Randolph, which upset a lot of Bachelor Nation viewers. He recently also came out as a gay man, which meant that Colton certainly wasn’t ready to find love on The Bachelor season 23 in any way.

Brad Womack was a charming Bachelor Nation contestant that producers and viewers loved to watch on TV, but he failed in an epic way to perform his duties as The Bachelor. Brad first appeared as the lead of The Bachelor season 11, where he refused to pick a single winner between final-two contestants DeAnna Pappas and Jenni Croft, walking out of his season as a single man. He was then brought back to lead The Bachelor season 15, getting a second shot at finding love through this platform. This time, Brad did end up engaged with Emily Maynard, but the couple didn’t take very long to split up after the show.

The latest addition to this list of worst The Bachelor leads of all time is Clayton Echard. In the past, producers always waited for viewers to react to certain contestants on The Bachelorette before picking any of those men to lead his own season. With Clayton, though, production made the executive decision of picking him as the lead of season 26 before Michelle Young’s season of The Bachelorette had even premiered. Generally speaking, Clayton never seemed to stand out on The Bachelorette and was just as unremarkable on his own season. Then, there was the absolute chaos that played out on Clayton’s finale as he went back on his decision to send Susie Evans home in third place, tried to win her back before the show ended, and dropped his final-two women Gabby Windey and Rachel Recchia just like that.

Related: Why Clayton Echard Ended Up With Susie Evans

One of the original Bachelors to earn himself the “villain” label from Bachelor Nation was season 13 lead Jason Mesnick. At the time, Jason ended the show with Melissa Rycroft as his winner but went back on his word and chose to be with Molly Malaney instead. In hindsight, Jason and Molly are still together, so that worked out for them. Alas, their successful relationship doesn’t erase the fact that Jason dumped Melissa on live TV and was perceived as a “fake nice guy” by many viewers. In an interview with the HuffPost, Jason claimed that producers convinced him to do that to create sympathy for Melissa so that she could be the next Bachelorette. Whether or not that is true, Jason still looked like the bad guy on television.

The problem with Peter Weber’s stint as The Bachelor was unnecessarily messy both on-screen and off-screen. Throughout his season, Peter’s ex-girlfriend was brought onto the show to warn women about his reputation. He ultimately chose to get engaged to Hannah Ann Sluss, but they split up shortly after the season. Peter then briefly dated the runner-up of his season, Madison Prewett, for a short while. As if that wasn’t enough, Peter also chose to date the fifth-placer on his season, Kelley Flanagan, for a few months. In Hannah Brown’s recent book, she also shared how she slept with Peter while his season was still airing on TV, making his Bachelor stint feel even worse.

When it comes to “villains” within the Bachelor Nation fandom, it’s hard not to think of Arie Luyendyk Jr. as one of the men who stand out the most. The Bachelor season 22 ended with Arie getting down to one knee and proposing to Becca Kufrin to be his wife. After the show, though, Arie believed that he made a mistake, broke things off with Becca, and went on to pursue Lauren Burnham, the runner-up of his season. Arie and Lauren are still together as of 2022, but as far as his actions on The Bachelor, Arie quickly became the ultimate “villain” of the franchise. Moreover, much of Becca’s subsequent season as The Bachelorette was about how blindsided she felt by Arie, with his name being constantly brought up by contestants and entire dates being about Becca smashing things to deal with her anger issues.

Producers felt like they were bringing diversity to The Bachelor franchise by casting the first-ever Latino lead of the series, Juan Pablo Galavis, who was a former soccer player from Venezuela. Aside from the fact that blue-eyed, blond Juan Pablo looked like basically every single other white lead in the franchise, it was also undeniable that he was completely not ready – and not even willing – to take this process seriously. Juan Pablo was accused of mistreating women on The Bachelor time and time again, with all of his actions culminating in Clare Crawley calling him out at the finale. In turn, Juan Pablo chose to end his time on the show with Nikki Ferrell, but their relationship didn’t last very long. All things considered, Juan Pablo was a notoriously bad lead on The Bachelor.

More: What Bachelor Producers Must Fix To Avoid A New Season Like Clayton’s

Ruben Randall - November 21, 2021 0
Money
It’s no secret that Sussex is a celebrity hotbed - but Crowborough may not be the first place you would expect to see a...