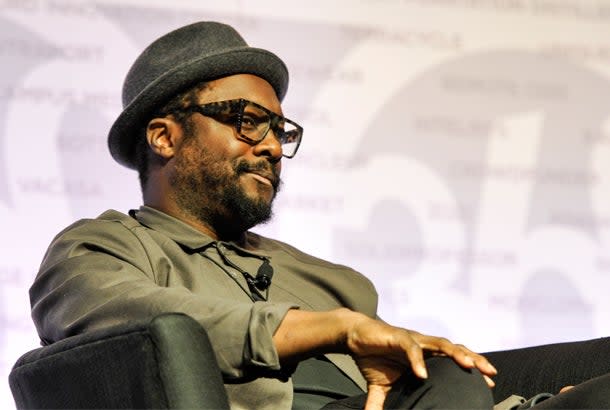 Have you ever been hanging out, and suddenly the dance floor got slightly “excited?” This likely could’ve happened when you heard the sounds of will.i.am and the Black Eyed Peas.

From songs like “Let’s Get It Started” to “My Humps,” the eclectic group has music that helps define moments and keeps the party going. However, the group’s musical prowess is not by happenstance. Arguably, much of the group’s success can be credited to its leader.

In fact, the “I Like To Move It” rapper found so much inspiration from those groups that he doesn’t even have an answer for the age-old rap question: Biggie or Tupac?

In a recent interview with Skillz on the Hip-Hop Confessions podcast, the Black Eyed Peas leader revealed that Biggie and Tupac aren’t at the top of his mind when discussing rap’s best.

“I’m gonna say something… I don’t want to say it in a disrespectful way,” the 47-year-old stated on the show. “When people say Tupac and Biggie, I’m such A Tribe Called Quest, De La Soul head that I don’t like Tupac and Biggie.”

He doubled down on this comment, explaining that his success and drive to move out of the housing projects he was raised in can be credited to the inspiring lyrics he heard from other artists outside of Tupac Shakur and the Notorious B.I.G.

“It [De La Soul and A Tribe Called Quest’s music] took me out of the projects while I was still in the projects,” said will.i.am, noting their music sparked his imagination and “physically” allowed him to “reach” his “dreams.”

According to Celebrity Net Worth, the “Boom Boom Pow” artist has a net worth of $70 million. So, the inspiration from his favorite artists may have been the push to catapult him far beyond his humble beginnings in East LA.

Let’s look at how will.i.am has leveled up his career over the years.

As the leader of the frontman to the Black Eyed Peas, wiil.i.am and his band mates produced eight group projects starting with their debut project, “Behind The Front,” in 1998. Outside of the group, the LA native has four solo albums.

His musical work earned him 26 Grammy nominations and seven Grammy Awards. Beyond his performances, he is credited with writing for some of the industry’s top artists, including Justin Bieber, Britney Spears, Miley Cyrus, U2, Rihanna, and Estelle.

will.i.am has proven that music is not his only gift. With television and film credits, the rapper can be found as the voice of “Pedro” in “Rio 1” and “Rio 2.” He also leveraged his musical abilities as a judge and music mentor on shows like “American Idol,” “The Voice UK,” and “The Masked Singer.” 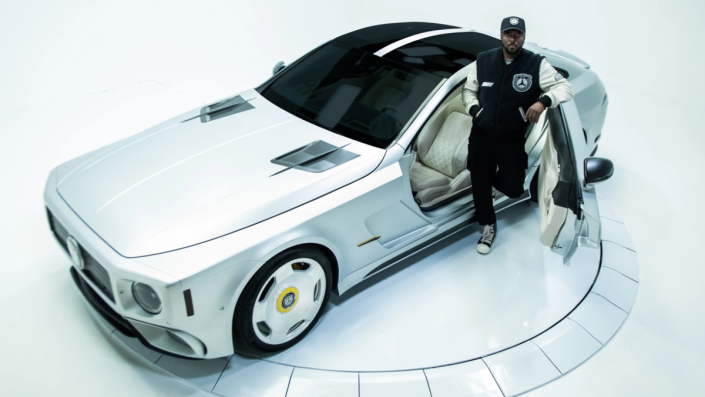 As previously reported by Afrotech, will.i.am and Mercedes-AMG corporation collaborated with a unique model of their AMG series to commemorate its 50th anniversary and provide innovative support for underserved children.

will.i.am has a diverse business portfolio, including his software company i.am+.

He also has vested interests in companies like VersusGame, Impossible Foods, Penrose Studios, and Music Messenger. According to Crunchbase, his most recent investment was in 2021 during the seed round for Cent, when they raised $3 million.

In addition to his partnership with Mercedes which provides STEM resources to children, will.i.am is dedicated to reaching back and helping others overcome similar obstacles he experienced.

In 2009, the Los Angeles rapper founded the i.am Angel Foundation. The aim of this work is to support students who live below the poverty line in his hometown neighborhood of Boyle Heights/ East Los Angeles. The foundation provides after-school tutoring, STEAM courses, computer coding classes, and robotics clubs.

In the summer of 2021, the foundation partnered with the Los Angeles Unified School District (LAUSD) to expand its robotics program to what could be 12,000 students throughout the entire district. 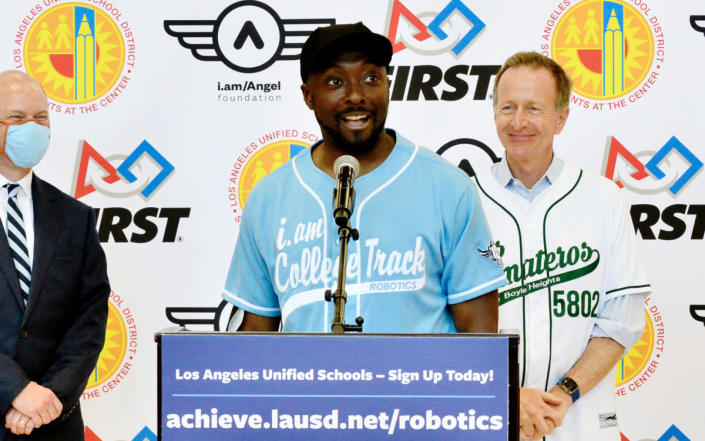 will.i.am’s community work expands past the student sector. Through his foundation, he launched the i.am.home Fund to help prevent struggling families in the United States from losing their homes.

This Compass Call squadron was deployed in Afghanistan for 20 years. Here’s their inside...

Actor Daniel Dae Kim claims a man ran into his sister with a car...

Ruben Randall - November 23, 2022 0
Money
When the upcoming James Cameron movie Avatar: The Way of Water was filmed, the actors involved faced a unique challenge: a lot of the film...