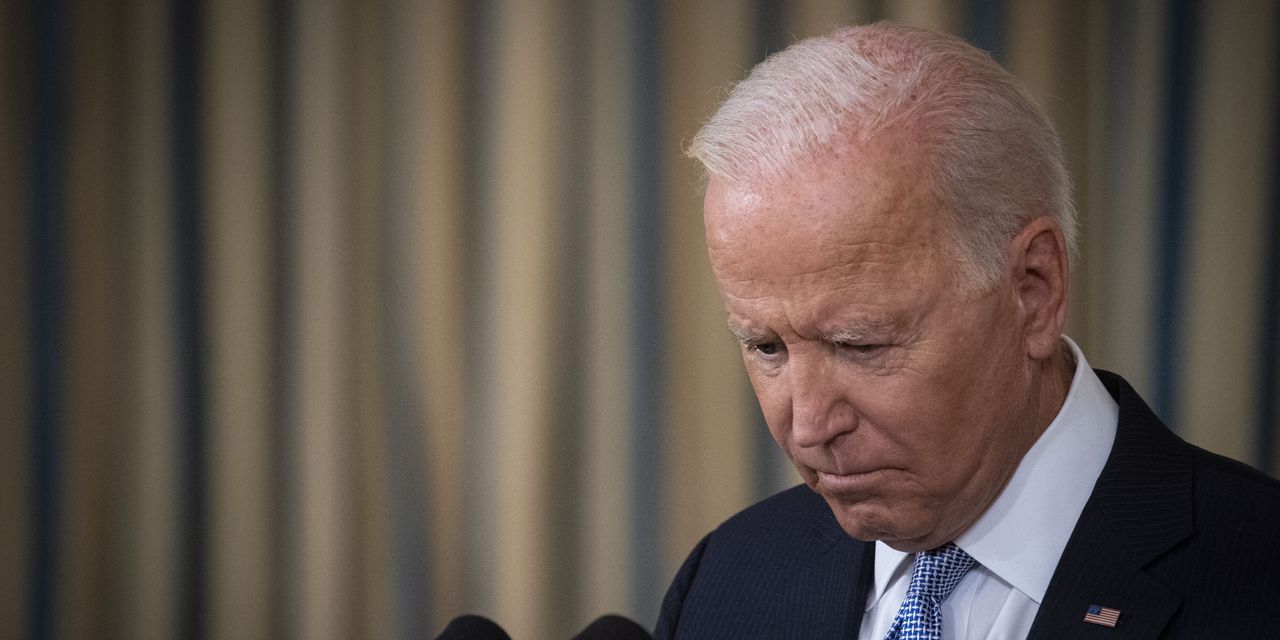 The White House should feel alarm. It hasn’t been a good summer for the president, and it isn’t looking to be a good fall. Americans were shocked and embarrassed by the manner and timing of Afghanistan’s withdrawal. The president’s statements and interviews in the aftermath were highly unsuccessful. His top military leaders testified that they advised him not to leave 2,500 troops in order to protect the process. This made him appear shady. The whole thing was a mess from beginning to ending, and it will be remembered forever. The images that it produced (kids running towards the planes, 13 Americans dying trying to restore order) seemed like the epitome of the political moment. It made this not just a bad decision for the president, but a defining one.

The White House’s pandemic response has been inconsistent to the point that it is confusing. Inflation is increasing (in June, the Federal Reserve put it at 3.4%; by September, it was 4.2%). The problem of immigration is not a crisis. There is no plan by the administration to deal with the fact that people from other countries want to come to our borders as if there were no border. The minimum the crisis needs is a sense if urgency and that something is being done. There isn’t such a sense. Their only plan seems based on hoping Border Patrol agents will do some wrong, or at the very least, something that looks bad, so White House officials are able to lay blame with indignation, and performative compassion.

Months of fighting on Capitol Hill in the Democratic caucus between liberal moderates and progressives has gone on for long enough that it does not look like the inevitable jostling within a divided party, but rather disarray, and an absence leadership.

All this makes Mr. Biden appear unimpressive. Eight months is enough to give an impression. If I were a Democrat, it would be time to start thinking.

His historical purpose was to get rid

He is, however, the answer to all political questions.

FiveThirtyEight.com’s tracking poll has Mr. Biden underwater (49% disapprove, 45% approve). His approval rating has dropped 13 points in the Gallup poll since June. A poll by ABC News/Ipsos this week shows that his support is declining on a variety of issues. Most of the decline was fueled by Republicans and independents, but numbers are down among Democrats.

The White House has been quite good at keeping its secrets. The public has not heard much about what was once called. “Who shot John?”—details about what was said in the Oval Office when the decision got made, who made what argument, who steered things, whose view was decisive. That will come—it always does.

Some essentials are obvious for now. The sheer size and scope of Mr. Biden’s economic proposals show he is operating with a certain daring. His bills are mandate-sized. But he didn’t have a mandate-size victory in 2020 when he was up against the most divisive and controversial president in modern history. Donald Trump won more votes than any Republican. In turn, Mr. Biden received more votes than any Democrat. He won seven million out of the 159 million votes cast. Although he won by 51.3% to 46.9%, it was not enough to give him a mandate. His party won the House by just a few seats, but not enough to win a mandate. The Senate is 50-50.

The country is very divided. Mr. Biden’s governing margin is precarious. Yet his economic proposals are quite sweeping, as if he’d won the Great Society mandate of 1964.

landslide was huge—61% to

38.5% Johnson was accompanied with 68 Democratic senators.

While Mr. Biden seems to be acting as if he holds a mandate for Hill negotiations, he also seems oddly absent.

He is letting progressives take on the role of party conscience. They appear to be calling the shots, and he’s ceding to them the idea they’re not part of the party; they’re the heart of the party. But Mr. Biden didn’t run as a progressive—he beat the progressives in the primaries. In a party going left, he played the role of the middle’s man. What happened to politics as an art of the possible.

This looks like a late-life convert to progressivism. Maybe that’s what the abrupt and decisive withdrawal from Afghanistan was about, doing what others had failed to do,

had failed to do—and what progressives wanted. Show them who the real hero is. The economic part of his agenda would be of a piece with that—show them what Mr. Obama, with his distance from the more progressive wing of his party, refused to show.

I’ve got a feeling there’s more to the Obama competition angle than we understand.

There’s already been a lot of spending since the pandemic began. Trump was a high spender. Mr. Biden is a high-spending man. The federal government, which is far from American life, creates massive spending bills. This can lead to a loss of sense of targeting, workability, intention, trade-offs, and long-term implications. It all gets lost unless you’re careful. We spend so much as a country now, we’re starting to make some workers believe they don’t really have to work. Some renters would be starting to think they don’t necessarily have to write the monthly check.

Is the big reconciliation bill spending prudent? It is almost 2,500 pages long, it’s not clear anyone has read it, and no one seems precisely sure what’s in it. It is understood simply as a bill, which although not directly relevant to current crises, provides the social changes progressives desire in areas such as climate and taxation, bolstering the Internal Revenue Service and free community colleges.

See also  Racism, policing, politics and violence: How America in 2022 was shaped by 1964

I believe that Mr. Biden got himself into a mess. The past eight months he could have been gradual and incremental in his approach—a few months slower with a lot more planning in Afghanistan, less appetite and maximalist in economic matters. Long-time liberal Democrat.

Not all things have to be bold, big and transformative. Especially when you don’t have a mandate for those things. It is often vanity or ego that drives political figures to be transformational.

Or ideology. But ol’ Joe from Delaware didn’t use to have all that much ideology, and wasn’t chosen to have it.

Wonder Land: “We’ve got three things to do” says Joe Biden. “The debt ceiling, continuing resolution and the two pieces of legislation. We do that, the country’s gonna be in great shape.” Images: Disney via Everett Collection/Getty Images Composite: Mark Kelly

Ruben Randall - April 5, 2022 0
Actor
While Republicans have ranted over the years about Hollywood, Jane Fonda and the coastal elites’ alleged contempt for Middle America, the GOP has...