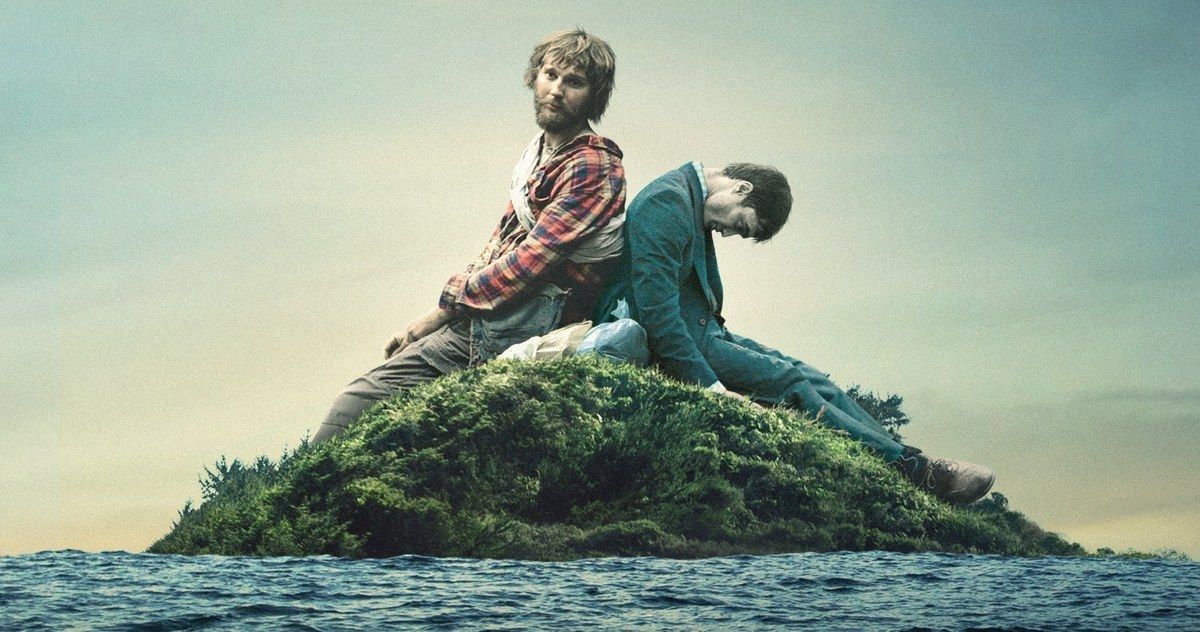 Swiss Army Man is a 2016 film from independent production company A24, telling the story of a man deserted on an island who finds a dead body and makes him his new friend. He discovers that he can manipulate the cadaver as he would a Swiss Army knife, and attempts to use the body to help him escape the island. It is a fantastic and whimsical tale that takes the Chuck & Wilson dynamic from Cast Away to a whole new level.

The movie is strange and unorthodox; it received mixed reviews but ultimately landed a favorable reception from critics and fans alike. During the film’s debut at Sundance Film Festival, some audience members left the theater, taken back by the bizarre premise. Peter Debruge of Variety writes in a review, “This movie wears its weirdness as a badge of honor — as well it should.”

The directors, Daniel Kwan and Daniel Scheinert (known colloquially as The Daniels), ended up winning an award for their direction of the film that year. Now, six years later, The Daniels have created a masterpiece with the critically adored bonkers multiverse adventure Everything Everywhere All At Once.

How can some love the film while others can’t stand it? How has it developed such a cult following with 72% Rotten Tomatoes score and a 6.9 on IMDB — Not an abysmal rating by any means, but nothing that would lead you to believe the film is noteworthy. The film is an experience, and strays far away from your typical blockbuster. Its unusual premise, ending, and pacing may be uneasy to some, but ultimately the ingenuity of its narrative is deserving of praise notoriety.

This film contains the incredible acting of both Paul Dano and Daniel Radcliffe. These two amazing and practically tenured actors occupy most of the screen time and seem to be genuinely passionate about the project. In this film, Dano plays the man stranded alone on the island and on the brink of suicide. Daniel Radcliffe plays a dead body that Dano’s character finds, and turns out to be his friend and a toolset that can help him escape his predicament. This is one of the best Paul Dano movies, and finds Radcliffe admirably up to the challenge of playing ‘the straight man,’ a farting corpse.

As the movie progresses the dead body that Radcliffe plays, Manny, gains more autonomy. Manny begins talking and eventually moving. But for a large part of the movie Radcliffe (the actual Harry Potter) plays a limp dead corpse — and boy does he play it well. Radcliffe admits that a body double is used for some scenes in the film, but the majority of action shots including the infamous “fart jet ski” scene is done himself. Dano and Radcliffe had to choreograph a lot of their blocking and action in the movie since, while Ratcliffe plays a limp body, Dano is manipulating his movements. The chemistry between the two of them is palpable and beautiful.

Other than farts, this movie is filled with beautiful imagery. For the 22 days it took to film this masterpiece, the crew resided in Humboldt County and San Pedro, two locations in California. The filmmakers are able to make the location look incredibly tropical and remote. The set where the characters are living feels full of life and believable, you see the lived-in areas that Dano’s character had been occupying filled with toys, knickknacks, and other structures. The untouched areas as they try to make their escape look wonderfully pristine.

The visual effects in this film are also stunning, and the filmmakers utilize a handful of cool, gross practical effects to bring their movie to life. This includes towing Radcliffe on a wakeboard through the water and hooking a hose up to the inside of his mouth to make him spigot of flowing freshwater. The ways in which Radcliffe’s body moves to perform different Swiss Army knife-like functions really is amazing as well. The directors found a way to portray something that would be hard to imagine in the most magical and elegant way possible. From the action to the set design, the film is saturated in whimsical beauty.

The Daniels Can Be Lighthearted

The lighthearted nature of the film may be one of its most critical defining factors. Although the film is filled with farts, erections, and the manipulation of a dead body, the film finds a way to craft a beautiful and touching story, all the while making sure it doesn’t take itself too seriously. Dano notes, when pitching the film by Daniel Kwan and Daniel Scheinert that “They wanted to make a film where the first fart makes you laugh, and the last fart makes you cry.”

The movie really is one of a kind. Its proclivity for bodily humor shouldn’t be mistaken for a pander at cheap laughs. Through showcasing the interactions of a dead man and his lonely friend, the film highlights what exactly it means to be human, how important human interaction is, and how friendship, no matter the form, is a beautiful and elegant thing.

If you haven’t seen the film, don’t let the excess of gaseous displays put you off. Watching the Dano and Radcliffe adventure is a worthwhile experience. Daniel Kwan and Daniel Scheinert, through their great attention to detail and thoughtful storytelling, ensure it is worthwhile. Everything Everywhere All At Once may be getting all the attention, but Swiss Army Man deserves some use.

These Are Some Offbeat Funny Movies You Can Watch on Netflix


Movie guy. TV dude. Podcast person. I enjoy media and sometimes have some things to say about it.

Daniel Radcliffe is unrecognizable in photos from the set of Weird...