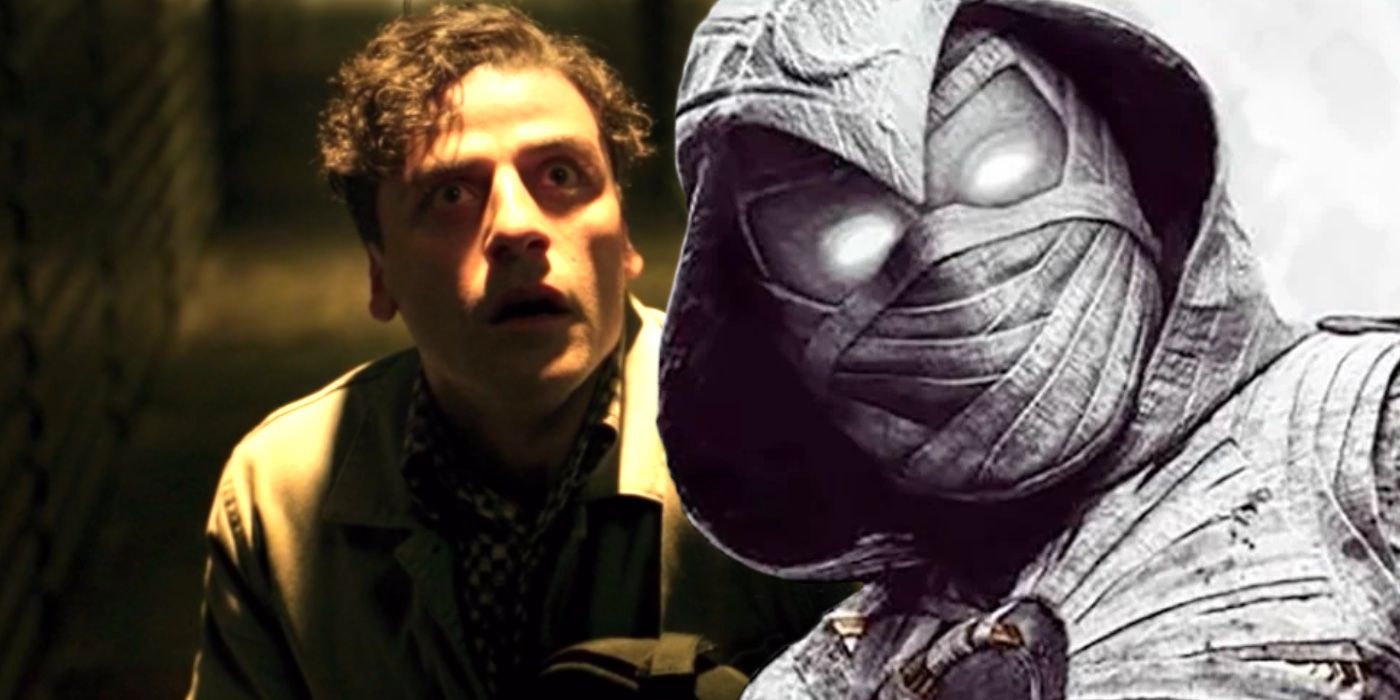 Oscar Isaac’s British accent in Moon Knight sounds wrong, but why is it so terrible? Could Marvel’s new superhero be intentionally sounding bad?

Oscar Isaac’s British accent in Moon Knight is terrible, and it might be for good reason. Since Marvel’s reveal of the first Moon Knight footage at Disney+ Day, Moon Knight discourse has been distracted by how bad Isaac’s accent is. Or at the very least how strange he sounds. Given the fact that his character, Marc Spector is American by birth, the question became even more of a concern. Moon Knight episode 1 confirms the extent of how strange Oscar Isaac’s accent is and it is a talking point, to say the least.

Criticism ahead of Moon Knight’s release focused on how incredibly gifted Oscar Isaac is as an actor and the disparity in his accent in the Marvel show. Moon Knight episode 1 reveals the accent is part of a particularly idiosyncratic performance, with quirks built into his character Steven Grant that are designed to play into the mystery of his origin and the pay-off of Moon Knight’s reveal at the end of the episode. Steven is the total opposite of fellow alter Marc Spector, who has control of Moon Knight’s powers and his awkwardness underlines that difference.

Related: Is Moon Knight Marvel’s Most Brutal Ever Hero?

It’s obvious even with the quirky elements that the accent Oscar Isaac is aiming for in Moon Knight suggests Steven is from East London, as there are distinct Cockney hints. Typically, the accent is associated in movies and TV shows with working class areas, which is not something the MCU’s version of the UK has yet shown. Given Moon Knight’s backstory from Marvel comics, the accent may not feature at all times throughout the show, but it’s enough of a glaring point in Moon Knight episode 1 that it demands to be explored.

Oscar Isaac’s Moon Knight accent for Steven will sound wrong to anyone from the UK, and particularly London natives, not just because his pronunciation is a little off – and a little like Dick Van Dyke’s Mary Poppins accent at times – but because of what he says. Steven talks like he’s putting the accent on, but is oblivious because of Moon Knight’s mysterious origin. There is a lack of confidence in the way he talks, which suits Steven’s background, and the fact that Steven is the protector in the DID system that Marc also belongs to. He not only protects their shared body from trauma by limiting Marc’s control, but his personality is constructed consciously to be strange and to avoid contact. The fact that he has such a notable strange accent might stick out to the audience, but he is a wallflower in-universe, so it’s less of an issue.

Who Oscar Isaac Based His British Accent On For Moon Knight

While crueler assessments may suggest that Oscar Isaac’s British accent in Moon Knight is the result of poor research, Isaac has revealed that he actually based it on a number of British comedians. In interviews leading up to Moon Knight’s release, he name-checked comedy icon Peter Sellers, Ricky Gervais collaborator Karl Pilkington and a couple of others as the basis for Steven’s accent:

“I thought, ‘What’s an energy that I haven’t seen in the MCU before? Like, what if someone asked Peter Sellers to be in a Marvel movie. And then I thought of Karl Pilkington. I was watching a lot of An Idiot Abroad, not so much for the accent, but for the comedy of it: like, you often don’t know if he knows he’s being funny. And there’s something a little bit naturally introverted about him, which I really liked a lot.”

Going even further than researching British comedians, Isaac also wanted his Moon Knight accent to be even more specific and in choosing Steven’s sound chose two more comedians: “So I also listened to Russell Kane, the comedian, because he comes from [Enfield]. And I put in a bit of Russell Brand, even though he’s much more loquacious. And then, really, it was about finding the [character]’s emotional place. Like, why he is kind of mumbly and inward.”

Related: Why Moon Knight Should Never Join The Avengers

Oscar Isaac’s Moon Knight Accent Is SUPPOSED To Be Bad

“I stand by the sound of Steven 100 per cent. It’s cool [the accent] got people excited, and some were like, ‘That sucks!’ and others were like, ‘That’s great!’ But there are reasons… That voice is about where Steven’s from, where he’s living now, and some of his believed heritage. It’s not an idea of what Brits actually sound like.”

That would also explain why Steven uses terminology that is not legitimate British phrases, like “laters gators”. He’s playing a part, assuming that what he’s sound is an authentic London accent and passing just enough not to arouse suspicion from his coworkers. The fact that his accent doesn’t make anyone wonder why he sounds so odd has got to be a tease that there’s more going on in Moon Knight than it initially seems.

New episodes of Moon Knight release every Wednesday on Disney+.


Simon is a veteran editor who has been writing online since 2010 – long before anyone wanted to read his work. He loves Clueless. Like, a lot.

Ruben Randall - August 15, 2022 0
Actor
Out of all the characters in Friends, Ross was, arguably, one of the funniest. He always ended up in the worst situations and his reactions...