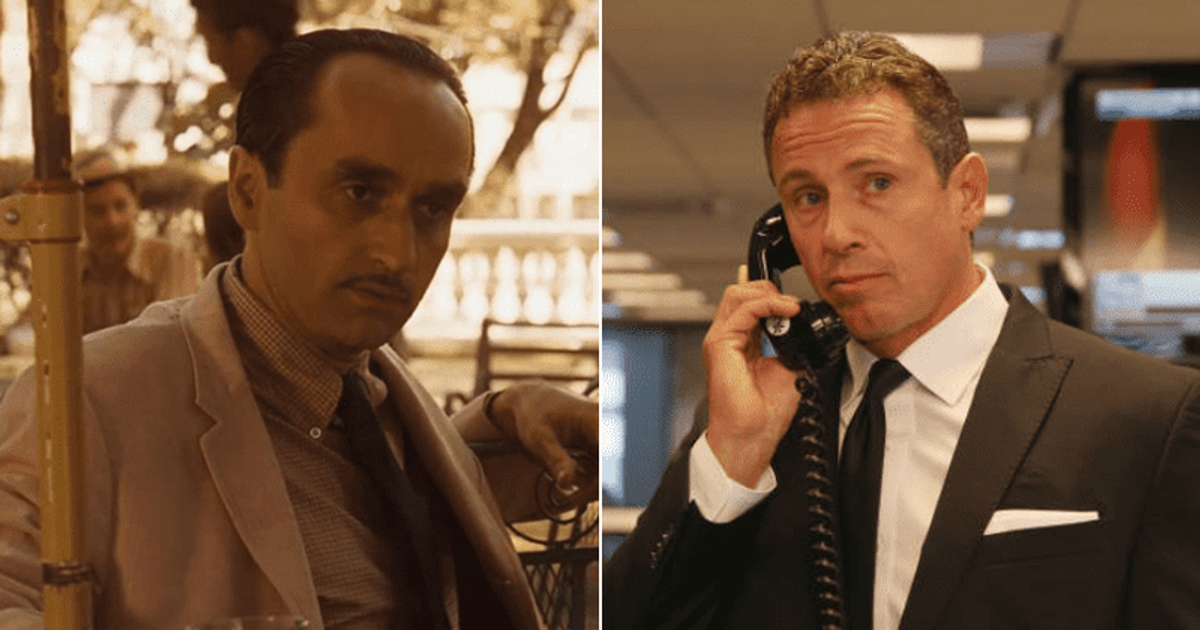 On November 30, just a day after reports emerged he helped his brother during the sexual assault scandal, CNN has indefinitely suspended anchor Chris Cuomo. While many conservatives celebrated the news, perhaps none was as glad as Donald Trump. “Great news for television viewers, they have just suspended Chris Como indefinitely!” he said in a statement on the news.

On November 29, the New York AG’s office released documents detailing Cuomo’s involvement in Andrew Cuomo’s sex scandal, noting he often used his media sources to dig up info on the then-Governor’s accusers. The shocking report led many to call on CNN to boot the anchor, coming amidst a slew of allegations against him, including one of sexual harassment against his former boss.

It appears the pressure campaign worked, with CNN now suspending Cuomo, or as conservatives are calling him – Fredo. It’s a nickname that many, including Trump, are using to celebrate his booting. Wondering why he’s called Fredo? To answer that, we’ll have to go back in time.

Why is Chris Cuomo called Fredo?

The origins of the nickname go back to 1972’s ‘The Godfather’. In the film, Marlon Brando’s Vito has three sons – Sonny, Fredo, and Michael. As Vox explained, “Sonny is the brash and bloody one; Michael is the calculating war hero who tries to stay out of the family business but ends up running the operation. Fredo, the middle son, is the weak link, an insecure womanizer who tries to help out but keeps sticking his foot in his mouth.”

The reference to Francis Ford Coppola’s classic trilogy is twofold – one it hits at the Cuomo family’s own Italian heritage, and second, and perhaps more importantly, it casts Chris Cuomo as an incompetent adult son, drawing references to his many on, and off-air controversies. It also helps that Cuomo has found the nickname offensive, going as far as to call it the n-word for Italian-Americans.

In fact, he’s so offended by it that he once got into a heated confrontation in August 2019 at a bar, when someone called him Fredo. Since then, the nickname has been used by prominent conservatives, including Donald Trump Jr. to attack the CNN anchor. “Hey @ChrisCuomo, take it from me, “Fredo” isn’t the N word for Italians, it just means you’re the dumb brother,” Trmp Jr. tweeted in response to the video.

Donald Trump jumped on the bandwagon as well on November 30, saying, “In any event, Fredo is gone!” in his statement. It quickly led to many online mocking Cuomo’s sacking by using the nickname. Conservative columnist Benny Johnson reacted to the statement, “TRUMP ENDS FREDO.” TV host John Cardillo said, “Fredo finally got whacked.” Another user reacted, “CNN just suspended Fredo indefinitely. This made my week, and it’s only Tuesday.”

CNN just suspended Fredo indefinitely. This made my week, and it’s only Tuesday. 🤣

“Let’s see if we can get #ByeByeFredo trending, shall we?” said comedian Tim Young. One user reacted to that tweet by saying, “#ByeByeFredo. It’s long overdue.” Another user said, “Fredo got hit with the Trump curse.”

While comparing the nickname to the n-word may be a bit of a stretch, it’s clear Fredo irks Cuomo a lot. Given the hatred conservatives have for CNN and Cuomo, it should come as little surprise that they would use the nickname to mock his suspension. While Cuomo has been suspended indefinitely, Anderson Cooper is filling in for him on a temporary basis. It’s unclear who will take over his slot long-term.

All the upcoming TV and movie adaptations for 2022 – from The Sandman to...

Ruben Randall - October 17, 2022 0
TV/Movies
The Washington Wizards have struggled throughout the past 5 seasons, earning at best the 8th seed in the Eastern Conference. After firing Ernie Grunfeld...