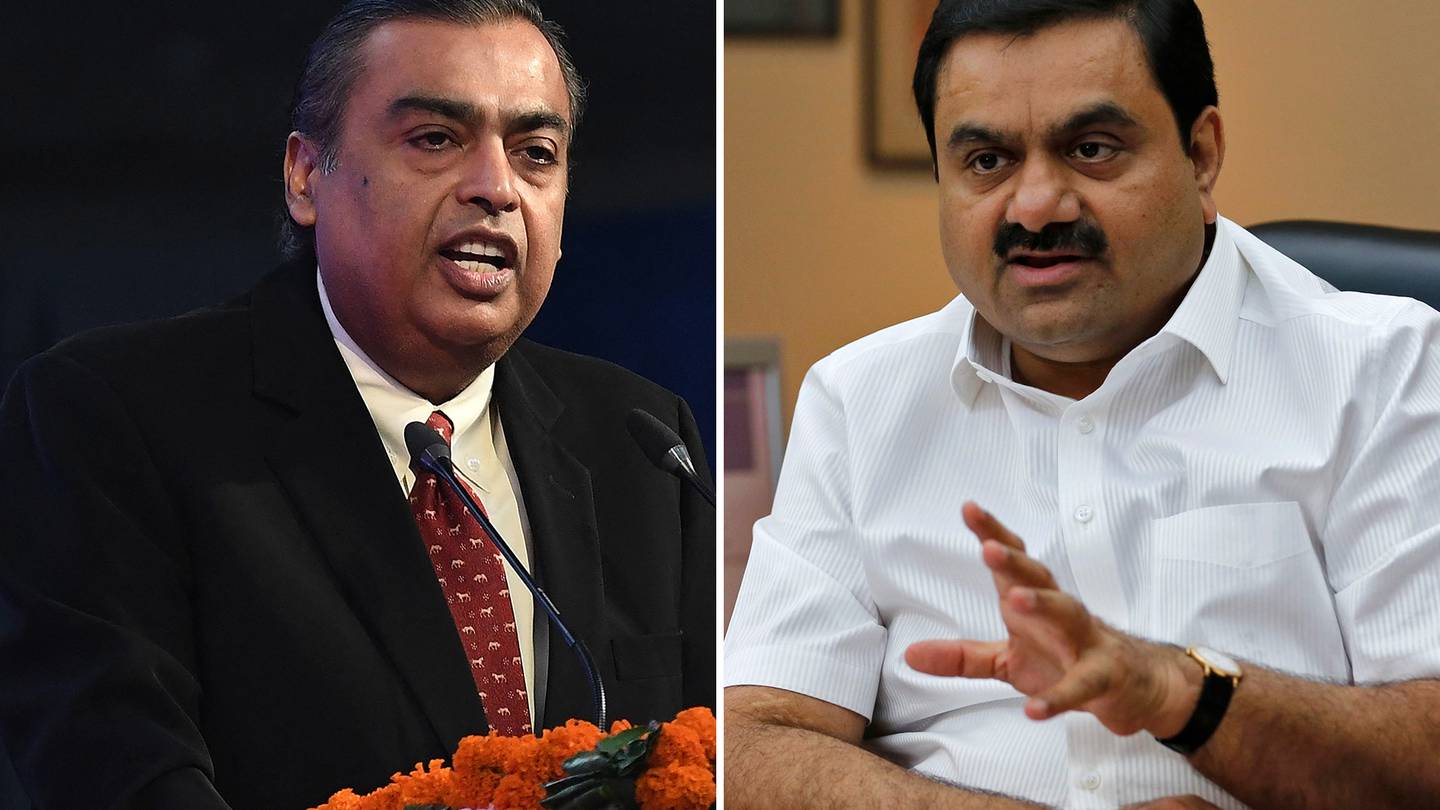 India’s two richest men are going head-to-head. Only this time, they are competing for a share of the country’s fast-growing video on-demand and streaming market, pitting themselves against Netflix and Amazon.

At the same time, Gautam Adani, who overtook Mr Ambani as India’s richest man this year, and has an estimated net worth of $123.7 billion, announced his entry into India’s media sector by establishment of a subsidiary that would focus on areas including “broadcasting, distributing of content over different types of media networks”.

“With a strong push into both broadcasting and digital media, Reliance Industries is doubling down on the media business,” says Kshitij Purohit, an analyst at Finofy, an investment advisory company. “Adani’s foray into media ushers in a new era in the competition for attention and content.”

The two billionaires are rushing to get a lead in an industry that is primed for growth in a country of almost 1.4 billion people.

India’s streaming industry is in its early stages of development, with plenty of room for expansion

India has been one of the fastest growing markets globally in terms of the time spent on streaming entertainment content, which surged 52 per cent in 2021 compared to 2019, said a report released in March by EY and industry and trade body Ficci. The growth in numbers was propelled by the effects of the pandemic, which led to many people working from home, the report said.

“It is not surprising that [Reliance and Adani] sense the move to OTT [over-the-top streaming[ and are trying to exercise similar access and control in that space,” says Utkarsh Sinha, the managing director at Bexley Advisors, a Mumbai-based investment bank focused on the technology and media sectors.

For the two billionaires, expansion into India’s streaming industry also helps them in diversifying their operations.

Mr Ambani’s Reliance already has a presence in the media and entertainment sector, having diversified aggressively in recent years from its core business of oil refining and petrochemicals.

Viacom18, a joint venture between Reliance and Paramount Global, owns the Indian video on-demand and streaming company Voot, and Reliance holds a stake in ALTBalaji, another platform offering movies and series.

But Adani Group, known for coal trading and shipping, is new to the industry, with the launch of its subsidiary AMG Media Networks. Both groups are expanding into a market where there is tough competition but also potential.

“India’s streaming industry is in its early stages of development, with plenty of room for expansion,” says Mr Purohit.

The streaming sector’s rise is expected to continue even though the pandemic has eased in India and many citizens have returned to offices and schools.

Some of the cheapest data costs in the world and increased smartphone ownership have given media and entertainment companies access to a much bigger audience in India, which is set to grow further over the coming years. The number of smartphone users in India reached 503 million in 2021, up from 448 million in the previous year, the EY report says.

‘Senior Year’: this new comedy film with Rebel Wilson comes out on May 13. All photos: Netflix

The streaming market in the country is dominated by platforms including Disney+ Hotstar, Netflix, Amazon Prime, Zee5, and SonyLIV. But there are dozens of companies operating in the sector.

“The Indian OTT segment is currently in the scaling stage with strong subscription growth and increased investments in premium and original content,” a report by the Boston Consulting Group and the Confederation of Indian Industry says.

“The industry is one of the most competitive amongst emerging markets with 40 plus players representing all types of content providers,” it says.

Such rivalry is making profitability a challenge in a price-conscious market. Netflix, one of the largest streaming companies in the world, had to slash its subscription rates last year in a bid to attract more customers in India. Reliance and Adani Group’s expansion in the sector will only exacerbate this pressure on profitability.

“The customer entertainment wallet in India is limited, and the multiplicity of players leads to excessive fragmentation with limited average revenue per user [ARPU],” Mr Sinha says.

“However, given the large television audience base, there is still room for growth through conversion, which makes the OTT space hotly contested in India.”

Big Flix is a popular web-based service for streaming movies and television content In India. Subhash Sharma for The National

But analysts say that streaming companies will need to reform their strategies to generate more revenue.

“High investment is chasing low ARPU consumers in several OTT businesses [in India] today and cannot sustain and hence there is a need to innovate around monetisation models,” EY says.

As part of this, alongside the series of drama, comedies and thrillers popular among India’s viewers, the rights to screen a sporting event such as Indian Premier League, a glitzy cricket tournament, which attracts hundreds of millions of viewers, will also be key to ensure customer loyalty, experts say.

“Because the Indian consumer is actively discerning about their media wallet, generating audience retention is challenging, and that is where sticky properties like the IPL with multiyear commitments and lock-in become highly coveted,” Mr Sinha explains.

Companies are currently in the process of submitting bids for media rights to the tournament.

“It will be a content game at the end of the day,” says Nitin Jai Shukla, the founder and managing director at OMTV, a religion-based channel in India. He explains that companies will have to focus on “revamping their content strategy, focusing on originals” to thrive in a market that is becoming increasingly competitive.

There are expectations that Reliance’s push into the streaming sector could have a particularly disruptive effect. When the company launched its telecom unit Jio in 2016, it upended the telecom sector in India with cut-price data packages and free calls for life to users.

“Reliance’s disruption approach will be like what it accomplished with Jio in the digital services business,” says Mr Shukla.

“Eventually in the coming years it will come to [acquire] some of the major players running the show.”

“The potential is huge and also it is a sector where one can influence consumers’ behaviour and the sales of consumer goods.”

As part of its partnership, Bodhi Tree Systems is leading a round of fund-raising to inject 135 billion rupees ($1.7bn) into Reliance’s Viacom18.

With this fresh push from one of India’s most powerful conglomerates and Mr Adani’s plans to enter the sector, the battle for viewers in the country is going to be one to watch.