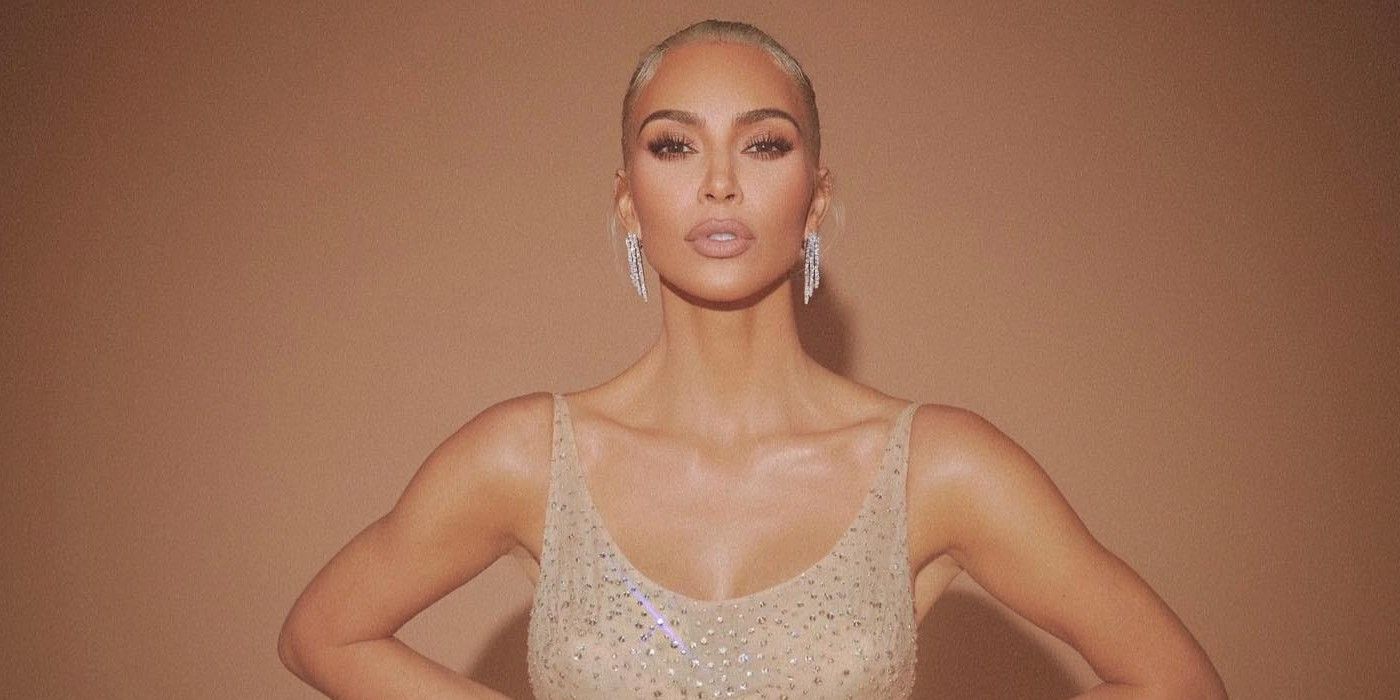 Kim Kardashian from The Kardashians may have damaged the late Marilyn Monroe’s famous gown, which Marilyn wore in 1962, but some fans don’t seem to mind that she apparently ruined a vintage dress. The story began on May 2, when Kim and the rest of the Kar-Jenner women arrived at the 2022 Met Gala. On the red carpet, Kim was wearing the sparkling frock that Marilyn wore while singing “Happy Birthday” to the later American President, John F. Kennedy. The backlash over Kim’s outfit has lasted for over a month. Fans of Marilyn were outraged that Kim would wear the gown, and that the Ripley’s Believe It or Not museum would lend it to her, knowing how delicate the decades-old gown is.

Later, Kim triggered more anger when she admitted to losing 16 pounds to fit into the dress. However, the drama really erupted when photos of Marilyn’s dress at its new Ripley’s location in Hollywood revealed an alarming fact. The dress was seemingly not in pristine condition, as it has been before Kim wore it to the Met Gala. Photos appear to show that the dress was missing some crystal embellishments, and had a few loose threads hanging. Further video footage posted on social media also revealed that the straps of the dress were torn, when they were previously intact. Fans speculated that after she lost weight, Kim still didn’t fit into the gown perfectly, and might have stretched it while trying to squeeze into it.

While many fans are still upset over what is now being referred to as #Marilyndressgate, others don’t care at all that Kim ruined the historic gown. Twitter user @jzux wrote, “no offense but i literally could not care less that kim kardashian messed up marilyn monroe’s dress. i will never afford a home.” The tweet was meant to point out that there are much worse things going on than Kim ruining an old gown. The Twitter user was criticized by some Marilyn fans, but many agreed that obsessing over the dress drama was the definition of first-world problems. The same Twitter user added, “i would tear that dress apart with my bare hands and eat it if it meant i could buy a home.”

Other fans also took to social media to share their thoughts on Kim’s “Marilyn dress” controversy. Since multiple mass shootings have occurred in America over the past month, and many people are struggling to pay for gas and rent, some fans feel that worrying about Marilyn’s dress should not be on anyone’s list of priorities. The Kardashians fans have also pointed out that no one was talking about the dress until Kim wore it, so the reality star actually added value to the gown by boosting public interest in the garment. Reddit user CompleteSpinach9 shared a meme expressing how they’re tired of hearing about the debacle, and many other fans agreed that the endless dress drama is bothering them.

See also  Find Out Why You Need To Check Out Dilworth Park in Philadelphia, PA

Maybe Kim allegedly ruining Marilyn’s dress isn’t the most pressing issue in the world today. However, Marilyn’s fans still have a right to be upset. Many have argued that despite the state of the world, it’s okay to be interested in pop culture and fashion. However, if those fans put that same passion into helping the world, instead of calling out The Kardashians star, the world would certainly be a better place. So, maybe the fans who just don’t care about the damaged gown have a point.

Next: KUWTK: What We Know About Kim Kardashian’s ‘Dementor’ Met Gala Look