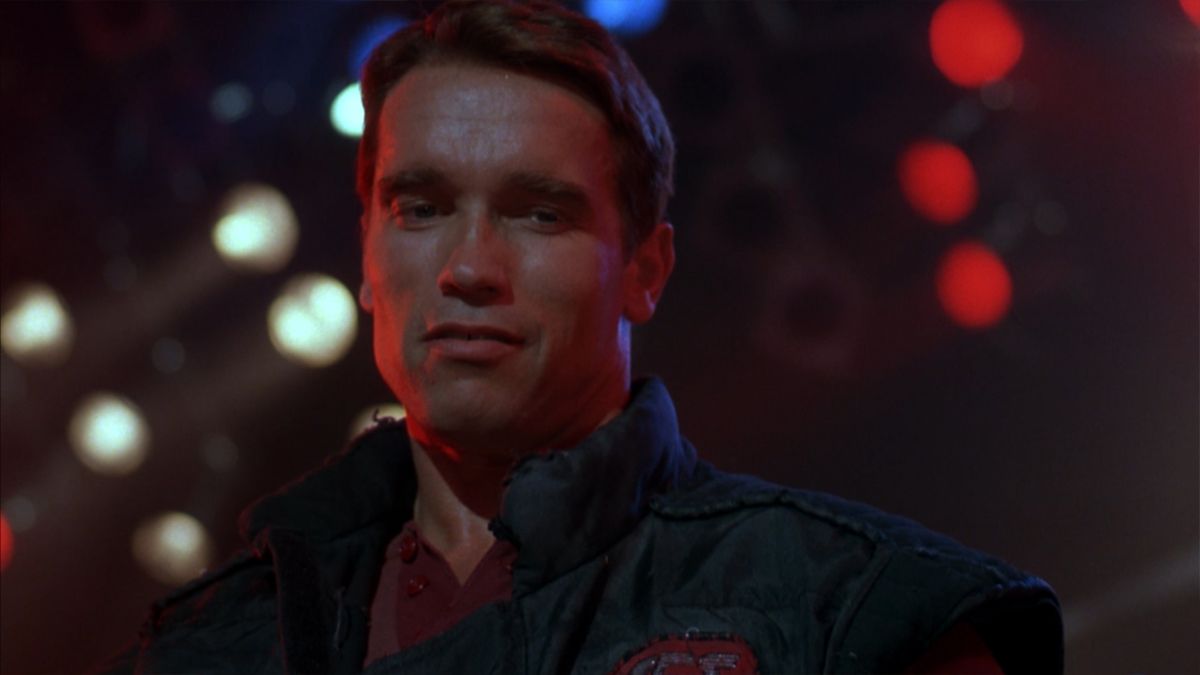 Anyone who has read the Stephen King novel The Running Man is almost surely aware that the 1987 film adaptation starring Arnold Schwarzenegger is far from faithful. Both are dystopian stories that center on a protagonist named Ben Richards who participates in a killer televised game show, but the book and movie take that idea in very different directions.

Reflecting on King’s work, one can see multiple reasons why it would be difficult to bring to the big screen, but according to screenwriter Steven de Souza, it was really the project being planned as a Schwarzenegger vehicle that prevented greater faithfulness. Why? Because Ben Richards in the novel is a sickly, desperate and unemployed individual, and de Souza doesn’t think that any audiences would buy the idea that a person who looks like The Predator star would ever be out of work.

Steven de Souza elucidated this bit of Stephen King adaptation history when I spoke with him this past summer in advance of The Running Man’s upcoming 35th anniversary. He talked about the origins of the project and its relationship with the book (which was published under King’s pseudonym, Richard Bachman), and he explained how the casting of Arnold Schwarzenegger forced him to go in a different direction with the plotting than what is featured on the page. Said the filmmaker,

It’s a logical point. When an individual has muscles as big as Arnold Schwarzenegger, they are always employable because of their physical strength. Even in a fully automated world there is going to be a need for strong people to pick up and carry heavy things, ensuring that they are never out of work for long. Or as  Steven de Souza put it.

In Stephen King’s The Running Man, Ben Richards is forced to volunteer for the titular game show because his young child is sick with tuberculosis and there is not enough income from his wife turning to prostitution. This idea wouldn’t play for the film, so Steven de Souza gave the character a wholly different profile.

The adaptation reinvented Richards as a soldier who is arrested after going against orders and is thrown in a prison camp. He successfully escapes, but then he is caught and given the opportunity to compete on America’s most popular game show to try and re-earn his freedom. This backstory was much more fitting and realistic for a character sporting Arnold Schwarzenegger’s physique.

Making the changes was a smart call for The Running Man adaptation, and it’s helped the movie to age incredibly well since it first hit theaters in November of 1987. There is a certain aspect of it that Steven de Souza wants to see fans try and fix, but mostly it lives on as one of Arnold Schwarzenegger’s best films of the era, featuring many of the actor’s best one-liners.

Ruben Randall - May 16, 2022 0
Money
ITV The Chase fans have been left fuming as the ITV quiz show is replaced by Lingo all week. Kay wrote: "Well that confused...