I was not the only one who turned to golf for solace during the pandemic. Maybe you were bitten by the bug long ago, or rediscovered the game during the doldrums of a WFH summer. Perhaps you fell into it for the very first time. What’s clear is that the sport wasn’t just a lockdown respite. You’re not just imagining that demand at your local munis is still up: The great 2020 golf boom reportedly resulted in a net increase of 60 million–plus rounds of golf—the big- gest one-year gain since 1997, when a young man named Tiger Woods won his first major. And last year alone, more than 3 million people hit a golf course for the first time, according to the National Golf Foundation.

Why is this happening? Start with this undeniable fact: Playing golf is fun. But the fun can only get you so far, which brings us to the second thing: We are living in a golden age of gateway drugs to the game. In recent years, a number of new products, podcasts, publications, courses, clubs, shows, and stewards of the sport have redefined how a new kind of golfer might indulge their passion. Fellow golf sickos got busy inventing things that didn’t yet exist but that they themselves wanted. If the sport that millions and millions of people are getting into feels different, that’s because it is. This is golf ’s new no-rules era.

For years, it felt like the world of golf existed between two poles: the occasional Sunday afternoon PGA Tour check-in on CBS and a subscription to Golf Digest. Now, everything in between is at your fingertips, provided you know where to look. If you’re new to loving the game—or at least new to digging deeper—consider this a menu of the glories on offer. It’s never been easier to spend every last moment of your free time falling ever more in love. —Daniel Riley

I used to accept that golfing meant dressing like a dork. The clothes were stretchy, weirdly colorful, and fit terribly. But a few photos on display in my local course’s clubhouse suggested an inherent stylishness: Arnold Palmer in a sick cardigan, Jack Nicklaus in a giant-collared polo, ’90s Tiger in very 2022 baggy pants. Today, a small-but-growing group of brands merging streetwear logic, skateboarding energy, and high-end performance fabric are upending country club casual by pushing one fringe belief: that golf clothes can in fact be cool. Best of all, there’s a little bit of something for everyone: 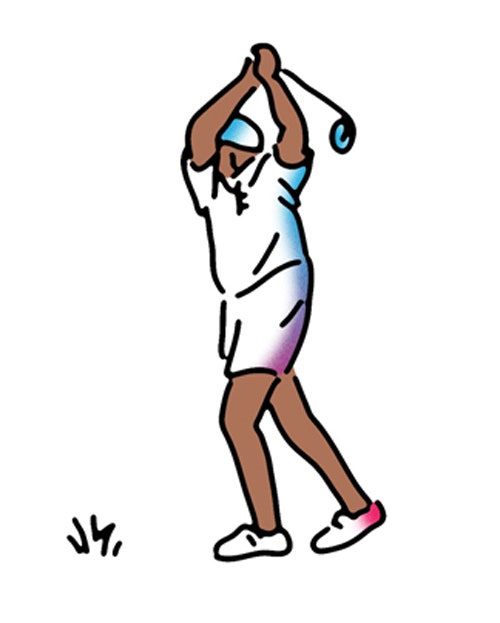 Drake’s Nocta partnership with Nike for techwear; Metalwood Studio for wild graphics; Radda Golf for razor-sharp polos; Whim Golf (tagline: “For people who might like golf”) for quiet clothing that hides its performance appeal. And if you’re worried that ditching your stretch Lycra polo will cost you a few strokes, just look to the example of pro Keith Mitchell, who’s been wearing Sid Mashburn’s lineup of wool slacks and piqué polos—the stuff that the sport’s legends used to rock—and still manages to drive the ball 300-plus yards. —Sam Schube

Ruben Randall - September 14, 2022 0
Money
Every Tuesday, discriminating viewers are confronted with a flurry of choices: new releases on disc and on demand, vintage and original movies on any...