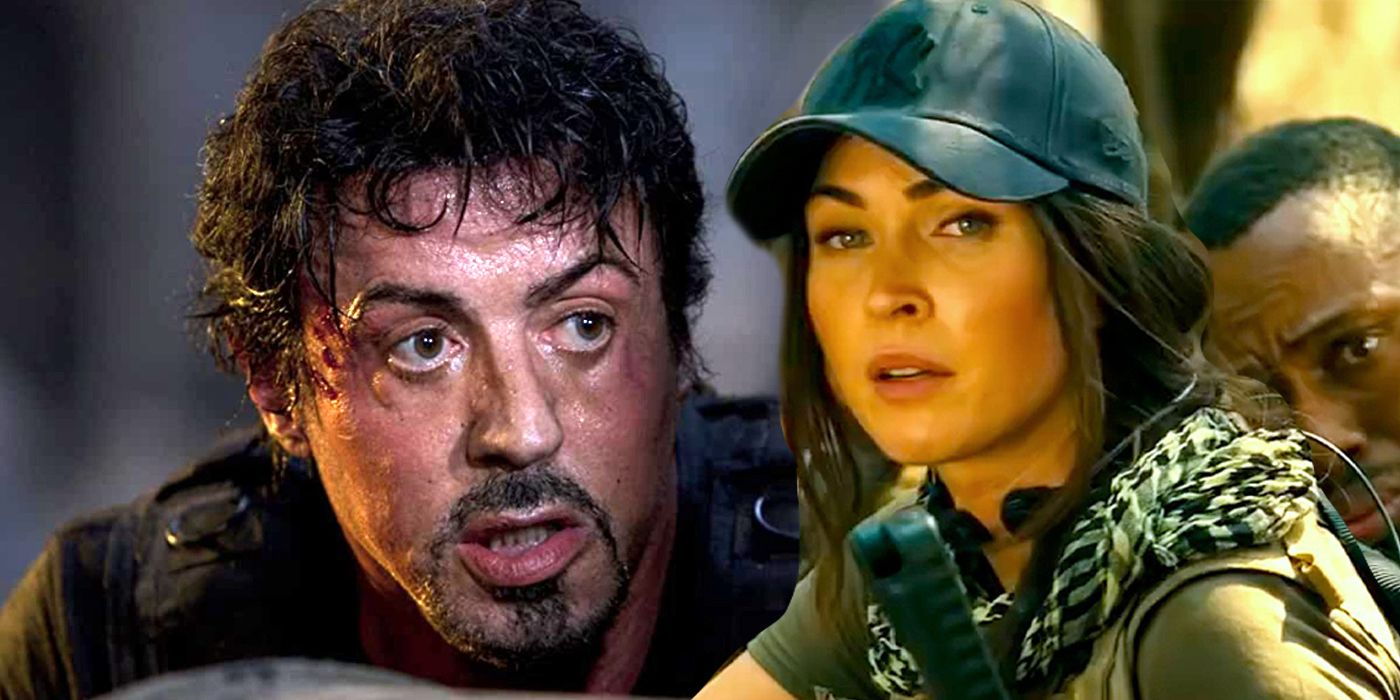 After a decade of development hell, the female-led Expendables movie The ExpendaBelles is officially dead, and producer Jeffrey Greenstein is opening up about why. The action franchise was co-created by Sylvester Stallone and future Shang-Chi and the Legend of the Ten Rings scribe David Callaham and revolves around a group of mercenaries and their various missions around the globe. Stallone has also led the cast across The Expendables movies alongside Jason Statham, Jet Li, Dolph Lundgren, Terry Crews, Randy Couture, and Arnold Schwarzenegger.

In a recent interview with The Hollywood Reporter, Millennium Films’ Jeffrey Greenstein explained why the female-led Expendables movie, The ExpendaBelles, is no longer moving forward. The studio exec cited his major issue with the project throughout its development was the separation of the genders, rather than putting them together with the male team. See what Greenstein explained below:

I don’t think it’s necessarily a shift, at least from our perspective. Maybe it’s more that the rest of the world is now thinking about other stories to tell. With The Hitman’s Bodyguard, Salma’s [Hayek] character was just so much fun, it made sense to build the second film around her. We also like working with the same people, so we did Till Death with Megan [Fox] and she’s in the new Expendables. It’s really just about working with talented people. But I will say something: We’d been trying to develop The Expendables, a female version of The Expendables, but my problem with that project was always trying to find a way to justify why we’d have a woman team. Instead of trying to explain that, why not just have women on the regular team and [they’re] badass? Instead of having to explain why a woman character got there and all that, you just do what you’d do with a man: show them kicking ass.

Why Scrapping The Female-Led Expendables Was The Right Call

The decision to cancel The ExpendaBelles is sure to receive a mixed response amongst fans of the Expendables movie franchise. On side of the argument, many are sure to criticize the decision, as it doesn’t allow some of Hollywood’s more acclaimed female action stars to lead their own installment in the series. On the other hand, some are sure to welcome the choice, with more toxic viewers likely uninterested in a female-focused Expendables movie, while others likely feel uncertain about how a spinoff could work in the franchise.

There are sure to be many, however, who agree with the decision to scrap The ExpendaBelles for the same reason as Greenstein, a desire to see more female characters included in the mainline movies. The first Expendables largely saw its female characters treated as damsels-in-distress or sex objects, while the introduction of Yu Nan’s Maggie in The Expendables 2 was somewhat of a step in the right direction. The Expendables 3 nearly put the franchise on the right track with the casting of Ronda Rousey as former nightclub bouncer Luna, only to then undermine the effort by making her a hostage for the majority of the movie.

Given no actors were ever attached to The ExpendaBelles, that also leaves the door open for those considered for the film to appear in the mainline Expendables movie. Next year’s The Expendables 4 has brought Megan Fox on to the roster, once again creating the possibility for a better gender equity in its cast, especially given she’s coming off of Rogue and Till Death, both of which showed her action movie potential in more grounded fare compared to the Transformers and Teenage Mutant Ninja Turtles franchises. Only time will tell if they’ve learned their lesson when The Expendables 4 hits theaters on September 22, 2023.

‘I Was Traumatized’: ‘RHOM’ Star Larsa Pippen Opens Up About Ex-Husband Scottie Pippen

This Year, There Are Two Movies Made by Women with a...