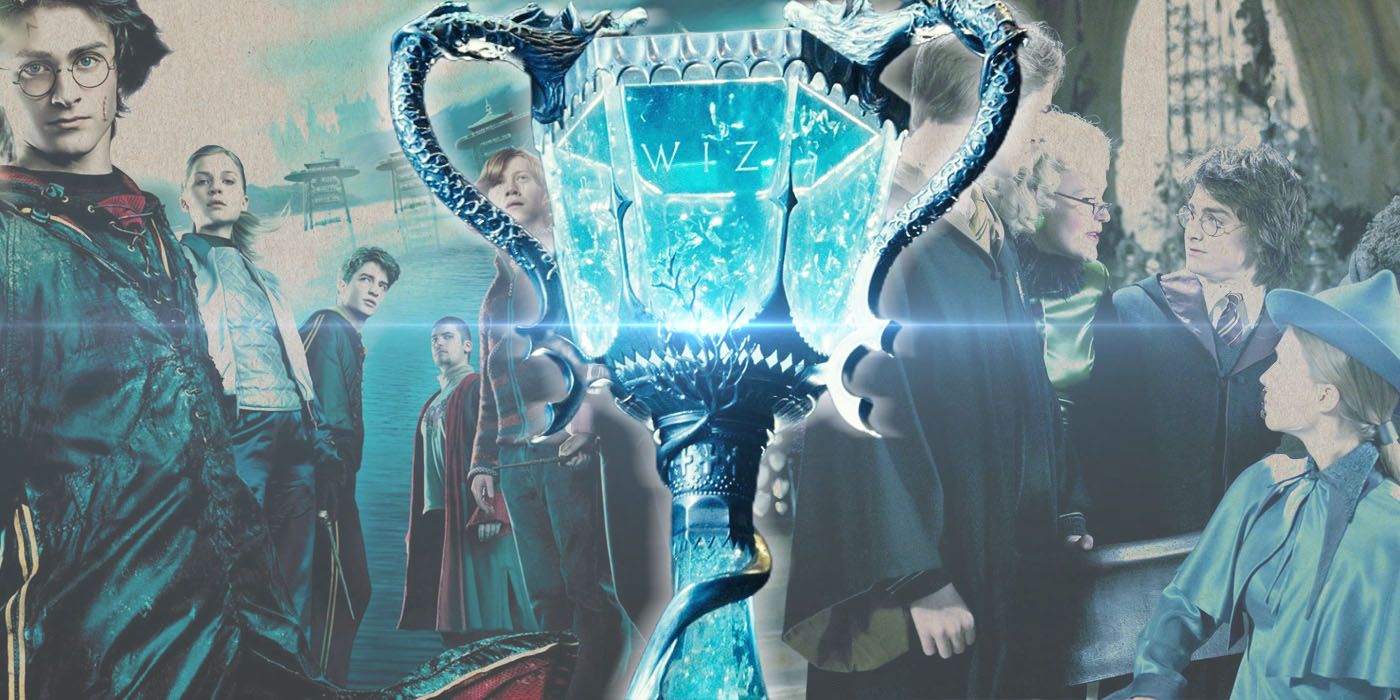 Harry Potter and the Goblet of Fire was one of the longest books in the series, and as a result, the movie had to leave out a lot of things from the story. However, one thing the movie left out made a key storyline plot seem like it didn’t matter. Who won the Triwizard Tournament?

The tournament took up much of the book’s story as well as that of the movie, but once Lord Voldemort made his return and killed Cedric Diggory, one of the students in the tournament, the movie switched gears and prepared viewers for the next stage of the new Wizarding War. However, while the movie never revealed who won the tournament, the Harry Potter and the Goblet of Fire book did, and it showed what the winner did with the winnings.

Who Won the Triwizard Tournament in 1994?

In Harry Potter and the Goblet of Fire, the Triwizard Cup consisted of older students from three of the wizarding schools — Beauxbatons Academy of Magic, Durmstrang Institute and Hogwarts School of Witchcraft and Wizardry. Representing the schools were Fleur Delacour from Beauxbaton, Viktor Krum from Durmstrang, and Cedric Diggory from Hogwarts. However, Harry Potter himself was added thanks to some trickery. This wasn’t supposed to happen because no student under 17 was allowed to enter after the rules were changed in 1994 to stop possible student deaths. However, the Goblet of Fire itself determined who competed, and when it chose Harry’s name as the fourth entrant, the organizers said they couldn’t go against its will, as it was a legal, binding contract.

The tournament saw the contestants engage in different competitions that tested their magical ability, intelligence and courage. The student who won the tournament would win the Triwizard Cup and a monetary prize. But, in the end, who won the tournament after Cedric died? In the first task, the wizards had to snatch a golden egg from a nest with a dragon guarding it. After this event, Viktor and Harry tied for first place, while Cedric was second and Fleur in third place.

The second event saw the wizards tasked with retrieving something important from the bottom of Hogwarts’ Lake. What they didn’t expect was that it was someone close to them that they had to retrieve. Harry fell behind here when he saved Fleur’s sister, but he roared back and finished tied with Cedric for first, while Viktor came in second and Fleur was third again. In the final task, the four went through a maze looking for the Cup, and it was Cedric and Harry who found it first, but this transported them to the graveyard where Voldemort killed Cedric. Viktor came in second and Fleur was in third. This means that Harry had three first-place finishes, Victor came in first once and second twice, and Fleur was last in all three events. Harry Potter won the Triwizard Tournament.

What Did Harry Potter Do With His Prize?

While the official prize ceremony was canceled, Harry still won a 1,000 galleon cash prize and the Triwizard Cup. However, Harry didn’t need the money. As fans know, Harry had a vault at Gringotts with treasure in it. Because he didn’t need the money, he wanted to use it to help someone else. First, Harry offered up the money to Cedric Diggory’s family, but they rejected the offer of money. While they didn’t blame him for Cedric’s death and thanked him for returning the body, they in no way wanted the money that would have gone to their son if he had lived.

Harry still had no need or desire for the money, so he found a perfect place to donate it. George and Fred Weasley had been saving money for a long time to open their own joke shop. However, they made a bet on the Triwizard Tournament and won. The problem is that the person they bet gave them Leprechauns’ gold — which disappeared. No matter how hard they tried to get their money back, their grievances fell on deaf ears, and they ended up losing all their savings. That settled it for Harry. He gave George and Fred all his winnings and told them to get to inventing, so they could open their joke shop, Weasley’s Wizard Wheezes in Diagon Alley. With his winnings, Harry Potter helped George and Fred achieve their dreams.

The Flash reveals details for Katherine McNamara’s return as Mia

“We’re looking for help”: Daniel Wu and Daniel Dae Kim on the fight against...

Ruben Randall - March 11, 2022 0
Celebrity
Draco Malfoy was first introduced to us all the way back in 2001 as an arrogant, evil Slytherin student motivated by an...