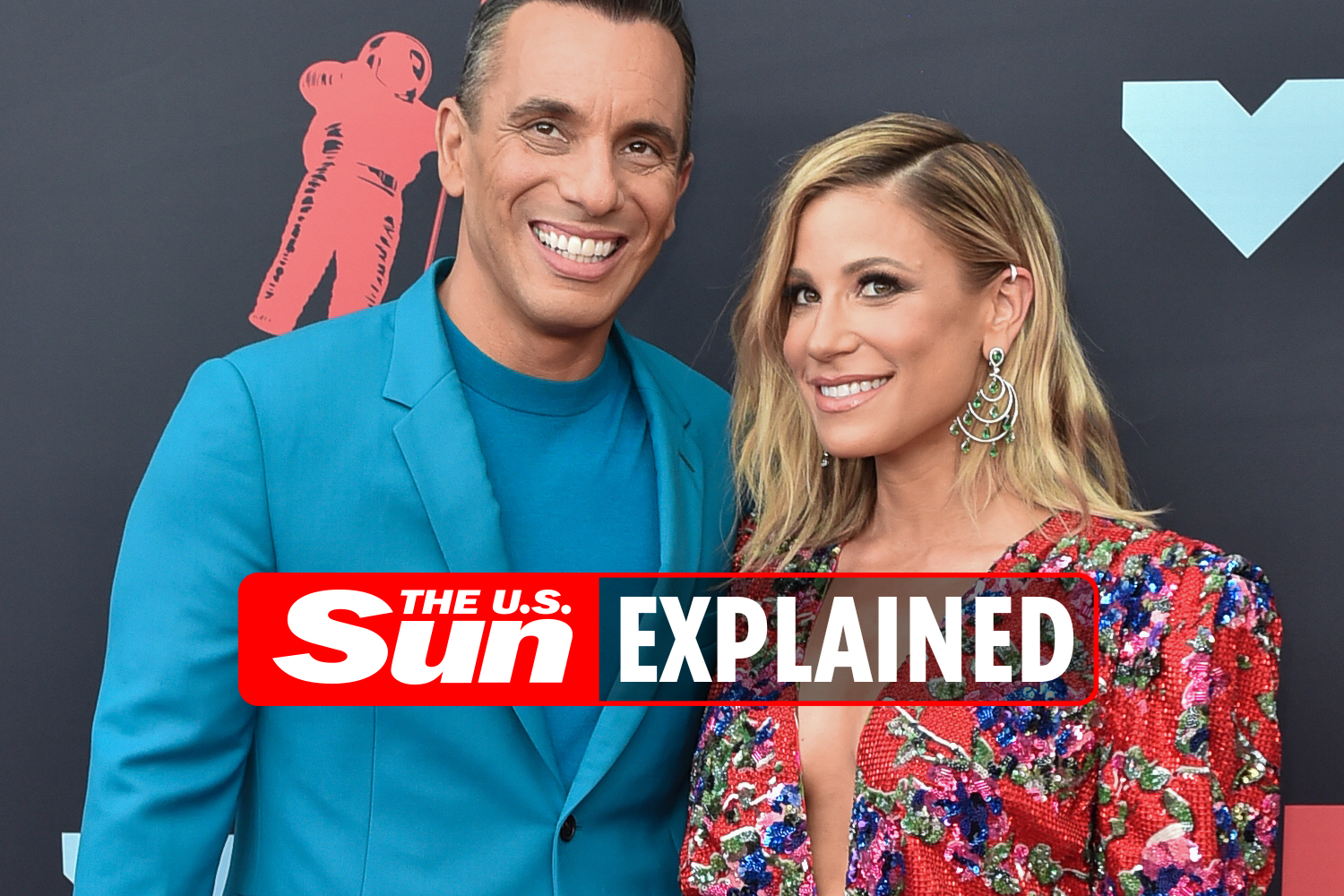 ITALIAN Sebastian Maniscalco is widely recognized as a stand-up comedian who got his start in the late 1990s.

The Illinois native has released five comedy specials and had supporting acting roles in the films Green Book and The Irishman.

Since 2013, Maniscalco married Lana Gomez, 38, an accomplished artist in her own right.

The 38-year-old studied art at the University of Tennessee.

According to her website, her art pieces are “featured everywhere, from the legendary Greystone Mansion in Beverly Hills to outdoor venues, office buildings and private residences.”

In 2012, she painted a 10-foot guitar sculpture for Gibson GuitarTown on the Sunset Strip in West Hollywood.

Her artwork was also featured at the Gen Art Detour exhibit at the SCOPE Art Fair in Miami Beach.

The couple has two children – their daughter, Serafina Simone, born in May 2017, and son, Caruso Jack, born in June 2019.

After the coronavirus pandemic shutdown entertainment venues, Maniscalco was forced to pause his standup comedy career.

“I was looking to get into the cooking space for the last five-to-seven years. I have a passion for the culinary arts and was like, ‘What could we do?,'” Maniscalco, 48, told the New York Post.

“Nothing resonated with me until the pandemic; a buddy of mine, Dominick DiBartolomeo…his business was decimated. He provides meats and cheeses to local restaurants in LA and has his own line of Italian [food] products.”

Maniscalco and DiBartolomeo decided to throw a Sunday supper to raise money for charity and expose DiBartolomeo’s business to Maniscalco’s huge fan base.

“It worked out,” Maniscalco told the outlet. “It was a really big success and I thought, ‘This is really fun…let’s do a TV show combining my two passions, comedy and food.’ 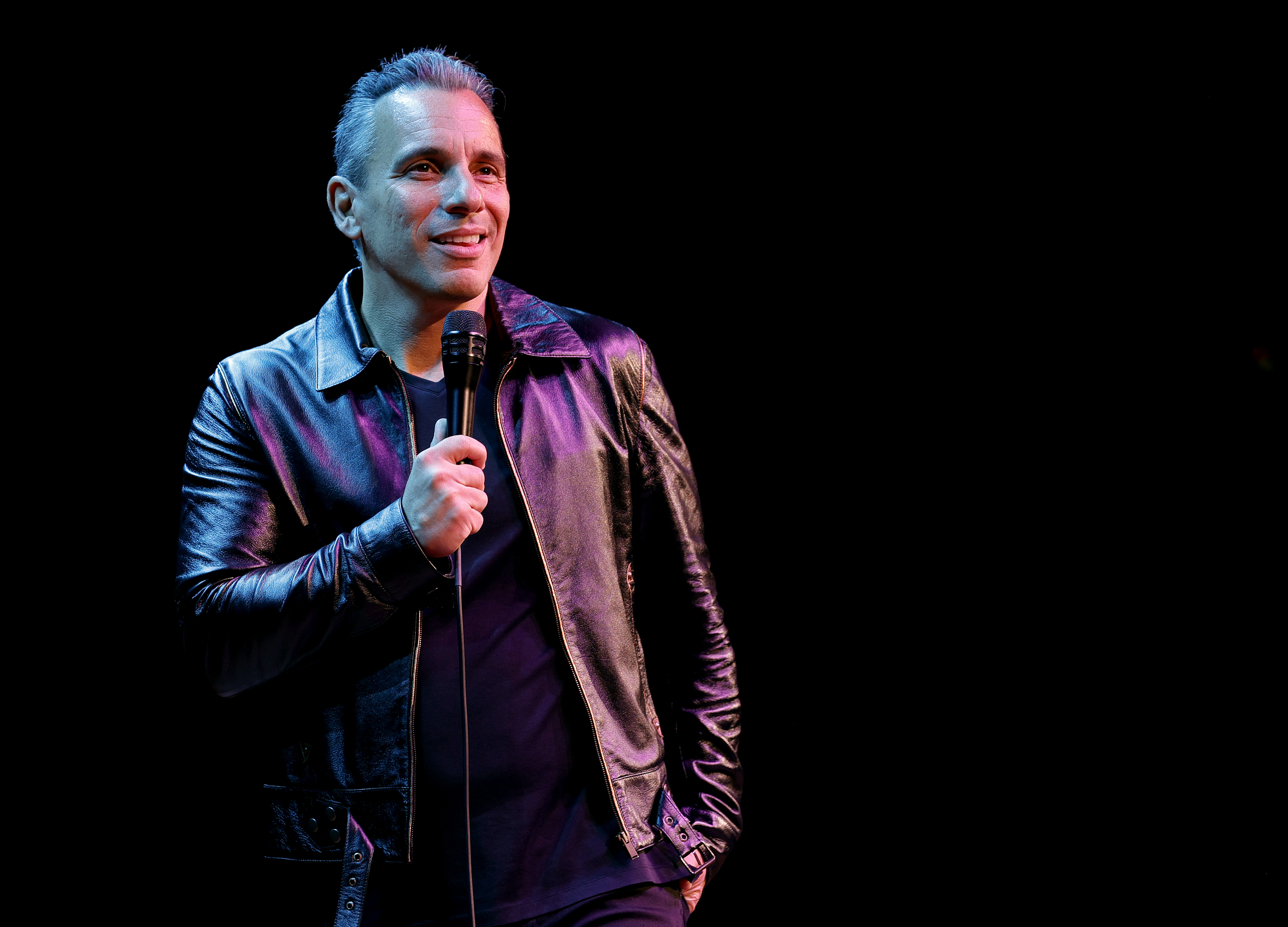 “I wanted to do it around things that interest me in the culinary arts, and it also comes from having two small kids. Being a father, I want to teach them things like how to make bread or take them fishing and show them how to bait the hook.”

The seven-episode series will feature Maniscalco and comedian Russell Peters exploring the similarities between sushi and comedy; a “meat-centric” dinner party with guests, including Bert Kreischer and Anjelah Johnson; and hunting for sandwiches with Rich Eisen, Fortune Feimster, Gillian Jacobs and Oscar Nunez.

The premiere features three episodes, with one episode a week following every Thursday thereafter.

“You’re going to have a little smile on your face while you’re learning about a particular food or making a dish,” Maniscalco told the Post.

“People like to tune in and kind of forget their problems for 30 minutes, and this is similar to what I do with standup comedy – escape a little bit and have a little fun watching a cooking show and laughing at the same time.

are they winning or losing?