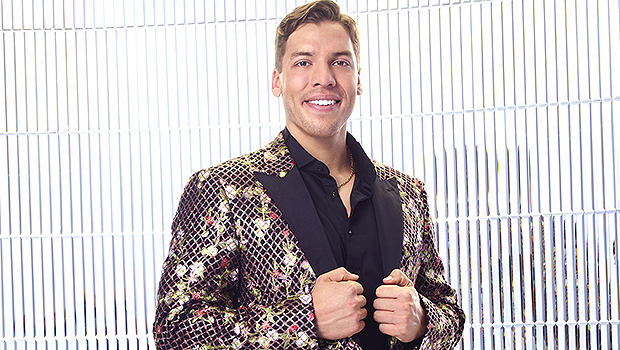 Joseph Baena is ready to be a DWTS champion! The 24-year-old actor and athlete will be hitting the Dancing With the Stars ballroom during season 31, which premieres September 19. Joseph will be paired with Daniella Karagach, the reigning DWTS champion.

Joseph became a household name after he was revealed to be Arnold Schwarzenegger’s son over a decade ago. Joseph is looking to make a name for himself. HollywoodLife has rounded up everything you need to know about Joseph.

Joseph is the son of Arnold and Mildred Patricia Baena, a chef. Mildred was the actor’s former housekeeper with whom he had an affair. The news was revealed in 2011 the day after Arnold left the California governor’s office. Joseph was in eighth grade at the time. Arnold Schwarzenegger has three other children with ex Maria Shriver: Patrick, Katherine, Christina, and Christopher.

2. Joseph is an athlete.

Joseph was a swimming champion in high school. He’s a fitness fanatic and has a love for bodybuilding like his father. They’ve even trained together. “My father really inspires me,” Joseph told Men’s Health. “He kind of created the ideal physique for most people.”

3. Joseph is following in his father’s footsteps with acting.

Joseph made his film debut in the 2022 movie Chariot. He’s wrapped production on films Called to Duty: The Last Airshow and Bully High. He’s currently in production on Encounters. Joseph revealed that he doesn’t rely on his father’s name to get ahead. “When I go to auditions, they don’t know who I am because we don’t have the same last name,” he told Men’s Health.

4. Joseph is a real estate agent.

In addition to acting, Joseph also works in real estate. He started his job as a real estate agent in 2021. “Looking forward to growing and learning from my amazing team @aria_properties, but more so looking forward to putting you guys in a new home! I’ll be primarily based in West LA and Silicon Beach,” he wrote on Instagram.

Gabby Windey: 5 Things To Know About ‘The Bachelorette’ Star On ‘DWTS’

Joseph graduated from Pepperdine University in 2019. Joseph was a business major and joined a fraternity during his college years. Arnold attended Joseph’s graduation. “Congratulations Joseph! Four years of hard work studying business at Pepperdine and today is your big day! You have earned all of the celebration and I’m so proud of you. I love you!” Arnold wrote on Instagram.

Arnold Schwarzenegger, With a Net Worth of $450 Million, Cut Financial Support From His...