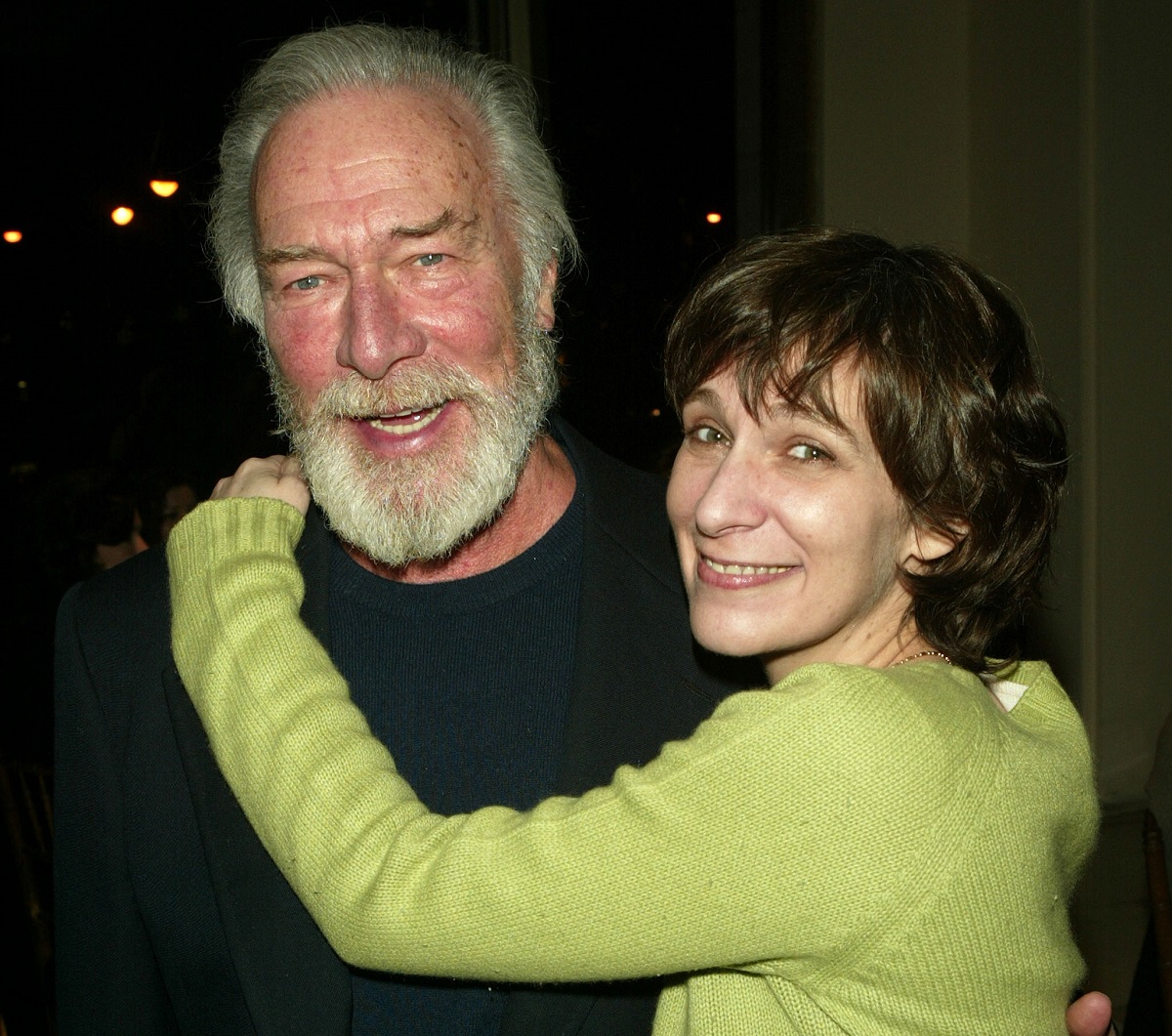 In the wake of his February 2021 death, actor Christopher Plummer is survived by his wife, Elaine Taylor, and one offspring. His daughter, Amanda Plummer, is also an actor, known for several award-winning roles. Learn more about Amanda and her relationship with her late father.

Amanda Plummer is the daughter of Christopher Plummer

Christopher married his first wife, Tammy Grimes, in 1956. Together, they had one child, daughter Amanda Plummer. Amanda was born in 1957. Christopher and Grimes’ relationship was relatively short-lived. They divorced in 1960. Both went on to marry twice more during their lifetimes.

In his memoir In Spite of Myself (via The New York Times), Christopher wrote that he and Grimes were “fans observing and admiring each other” when they met, noting this was “hardly the stuff to secure a union.” The Sound of Music star also deemed both “too immature to take on the twin responsibilities of marriage and raising a child.”

She was raised primarily by her mom, Tammy Grimes

After Christopher left when she was just a few years old, he and Amanda did not retain a relationship. Rather, she was raised solely by her mom. “My daughter was brought up in a very disciplined household,” Grimes told the Christian Science Monitor. (Grimes died in 2016).

“I thought that because I wasn’t going to be there so much of the time that she had to have a very strong structure and routine which would make her feel secure,” the Tony Award-winning actor continued. “She had led a very sheltered life,” Grimes said, noting that she was “always ready to help” Amanda.

What Christopher said about his relationship with Amanda

Christopher’s parents were divorced when he was growing up, and he didn’t even meet his dad until he was 17. Perhaps it was not having a father around that led him not to get to know Amanda until she was an adult. “I was a lousy husband and an even worse father,” the actor said of the time (via the Daily Mail).

But latter decades brought a chance for reconciliation. Amanda and Christopher attended various events together throughout the ’90s and ’00s, and he described them as “friends.” “We have a nice relationship, not a gooey one where the parent holds on and holds on,” Christopher said. “I run a mile at gooeyness.”

Amanda Plummer joined the family profession at a young age. She portrayed the former of the titular adolescents in her first film, the 1981 Western Cattle Annie and Little Britches. From there, Amanda earned recognition for her roles in TV series such as L.A. Law and The Outer Limits, the latter of which earned her an Emmy.

Like her parents, Amanda is a Tony Award-winner, having won for her lead role in the play Agnes of God. Back on the big screen, she played the part of Honey Bunny (real name Yolanda) in the acclaimed film Pulp Fiction. One of her more recent roles was in The Hunger Games: Catching Fire, in which she played the District 3 tribute Wiress.

Ruben Randall - September 12, 2022 0
Money
Arnold Schwarzenegger is a household name globally. Only the ones living under a rock would not know who he is. Be it bodybuilding or...