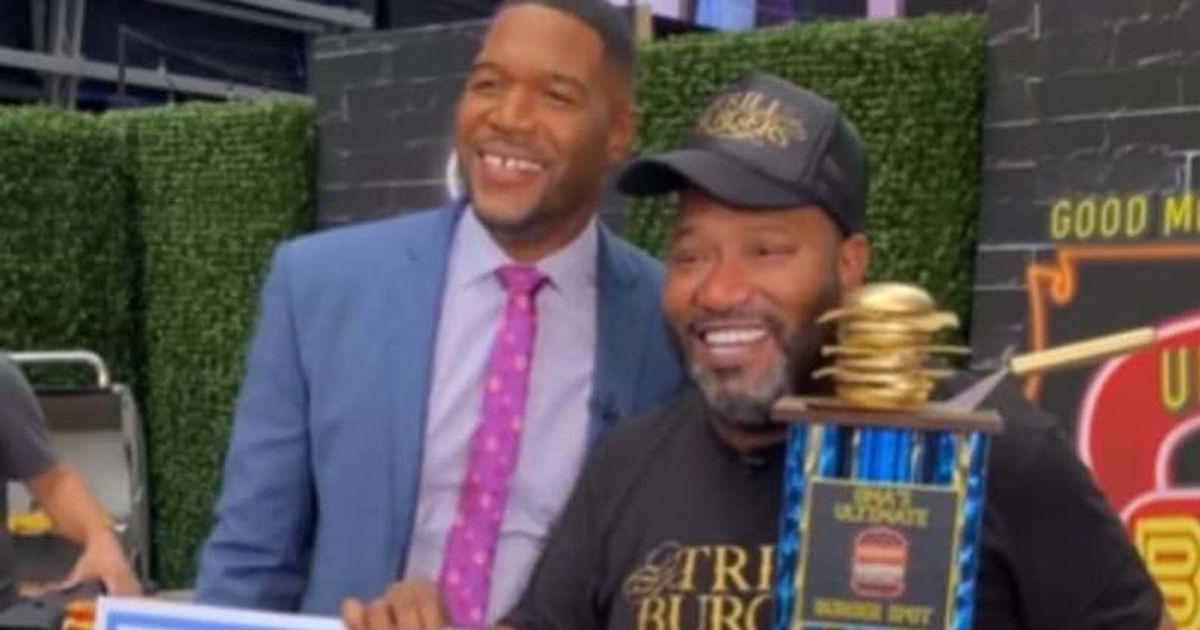 UGK (UnderGround Kingz) rapper Bun B’s Trill Burgers outlet was crowned as one offering the ‘Best Burger in America’ by ‘Good Morning America’ on July 29. The rapper was handed a trophy and a $10,000 cheque by the show’s co-host Michael Strahan. An elated Bun B wrote on Instagram, “We did it! Trill Burgers was named best burger in America by @goodmorningamerica.”

The final competition was held on July 29 in Times Square, spanning the end of a week-long contest during which the GMA team took votes from local judges in each city through a head-to-head matchup format between two of the city’s favorite burger joints.

Congratulatory messages stormed the comment section of the rapper’s Instagram post following the victory, with Roc-A-Fella’s Kareem Burke, former NBA player Quentin Richardson, Slim Thug and more writing in. At the event, Bun B said, “We did it, baby, Trill Burgers. It feels amazing. God is good and my team is amazing. You’re gonna get the best burger in America.”

Who is Bun B? What is his net worth?

Bun B’s real name is Bernard James Freeman, and the 40-year-old is best known as one half of the southern rap duo UGK or UnderGround Kingz. UGK was founded by Bun B in 1987 alongside the late Pimp C. Bun B is said to have a net worth of around $4 million. Since 2003, he has been married to Angela “Queenie” Walls, with whom he has two children.

Apart from his stints with UGK, Bun B has also released five solo albums, including Trill OG In 2010, which received a rare 5-mic rating from The Source. Bun B also happens to be a guest lecturer at the Rice University in Houston, Texas. Some of his hit singles include ‘Tell Me Something Good’, ‘Pocket Full of Stones’, ‘Choppin’ Blades’, ‘Front, Back, Side to Side’, ‘Wood Wheel’ and ‘Hi Life’.

Bun B loves cars and keeps flaunting pictures of his driving machines on Instagram.

The last time Bun B was seen or wildly talked about on stage was on May 26 when two legendary Southern rap groups namely 8Ball & MJG and UGK went for a face-off in the latest battle of Verzuz in Atlanta. The showdown took place with hundreds in the crowd as rappers from both the groups took over the stage with their top bangers.

Hip-hop lovers thoroughly enjoyed the battle between the two iconic groups but they got pissed off over the cold response from the Live crowd. Many on Twitter said the Verzuz should have taken place in some other city than Atlanta. Speaking of Verzuz battle, the co-founders Timbaland and Swizz Beatz started the epic face-offs in March 2020 where we saw hip-hop legends like Monica and Brandy, Snoop Dogg and the late DMX, Gladys Knight and Patti LaBelle, Raekwon and Ghostface Killah, Nelly and Ludacris, Method Man and Redman and Alicia Keys and John Legend, among others going for the face-off.

See also  Are Khloe Kardashian and Tristan Thompson Still Together?