Benjamin Keough, grandson of legendary American singer and actor Elvis Presley died in 2020 after he committed suicide at the age of 27. Benjamin, popular among music lovers as he resembled legendary musician Elvis Presley,  shocked the world by taking this extreme step to end his life.

We will cover all the important events surrounding his life in our article today. Scroll down!

Benjamin Keough Story: All that you need to know

Benjamin was the son of Lisa Marie Presley and Danny Keough. The former couple also shares a daughter Riley Keough, who is an American actress and filmmaker

Lisa divorced her husband in 1994 and married pop star Michael Jackson the same year. However, they separated in less than 2 years of their marriage. Her third marriage was with actor Nicolas Cage which lasted for a very brief period.

Lisa then married guitarist Michael Lockwood in 2006. She shares twin daughters, Harper and Finley, with him. Lisa filed for divorce from Lockwood in 2016 which was finalized in 2021.

The Legacy and Pressure of being Elvis Presley’s Grandson

Benjamin Keough was born with a silver spoon as he grew up in wealth and luxury as the grandson of Elvis Presley, dubbed “King of Rock and Roll”. It was a general perception among people that he is destined for fame.

However, he himself was under tremendous pressure to meet the expectations so that he could reach the benchmark set by his grandfather who was highly successful.

This eventually pushed him into a deep depression and ultimately lead to his death when he was barely 27 years old. Lisa Marie Presley described the pain of losing her son in an Instagram post saying, “My beautiful beautiful angel. I worshipped the ground you walked on, on this earth and now in Heaven. My heart and soul went with you. The depth of the pain is suffocating and bottomless without you every moment of every day. I will never be the same.”

She continued, “Please wait for me my love, and hold my hand while I stay to continue to protect and raise your little sisters and to be here for Riley. I know you would want that. Happy Birthday my sweet sweet Boy. You were much too good for this world.”

Benjamin Storm Presley Keough was born in the year 1992 in Tampa, Florida. He was born into a rich family, unlike his grandfather who was born in extreme poverty. His mother was the only child of Elvis who was the sole heir to the $100 million fortune after Elvis’s death. His dad Danny Keough was a touring musician for jazz legend Chick Corea and he had a great career of his own.

His parents kept their relationship very secret and it was not known to the public until their October 1988 wedding. The couple welcomed their first kid, Danielle Riley Keough in 1989. Benjamin is the couple’s second child.

Speaking about Benjamin’s resemblance to his grandfather, Lisa said during an interview, “Ben does look so much like Elvis. He was at the Opry and was the quiet storm behind the stage. Everybody turned around and looked when he was over there. Everybody was grabbing him for a photo because it is just uncanny. Sometimes, I am overwhelmed when I look at him.”

Benjamin Keough died by suicide on July 12, 2020. Roger Widynowski, Lisa Marie Presley’s representative released a statement in July 2020 stating that she was “heartbroken” after she learned about the tragic demise of her son Benjamin Keough.

Widynowski said, “She is completely heartbroken, inconsolable, and beyond devastated but trying to stay strong for her 11-year-old twins and her oldest daughter Riley. She adored that boy. He was the love of her life.”

There is very little information about that tragic night in the public domain. According to media reports Keough died from a self-inflicted gunshot wound on Sunday (July 12) evening in Calabasas, California.

During the final years of his life, Benjamin Keough saw his mother going through financial hardships and weathered a few brutal financial storms. He felt helpless as he could not assist his mother.

Lisa Marie Presley sued her financial manager in 2018 as he siphoned off money from the multimillion-dollar Elvis Presley trust and left approximately $14,000 and huge unpaid debt. 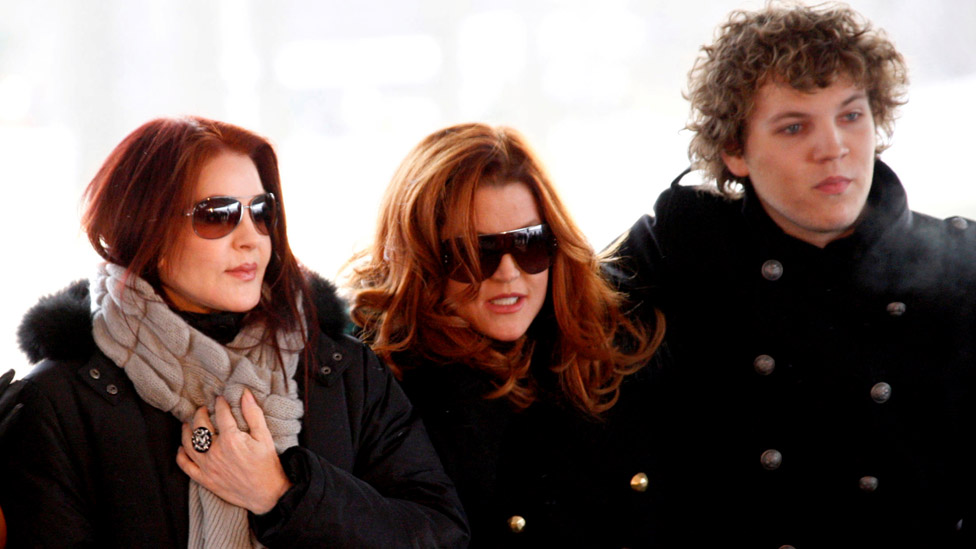 Priscilla Presley, Benjamin’s grandmother had to finally sell her Beverly Hills estate for $8 million to help her daughter repay debts.

Addiction to Drugs and Alcohol

Benjamin Keough was struggling with drugs and alcohol addiction while his mother was approaching her fourth divorce. He often used to blame the Church of Scientology for his upbringing and other issues. He claimed the controversial church “messes you up.”

He was sent to rehab but it did not yield the desired results. On that unfateful day, Keough shot himself while he was along with his girlfriend, Diana Pinto, and brother-in-law Ben Smith-Peterson at a joint party. According to his neighbors, they heard someone yelling “don’t do it” before they heard a shotgun blast. Police officials mentioned in their initial report that Keough died by pointing a gun at his chest, however later they confirmed that he died by putting a shotgun in his mouth and then pulling the trigger.

According to his autopsy report, it was mentioned that he consumed cocaine and alcohol before his death. They were also of the opinion that he made earlier attempts to commit suicide.

Family and friends remembered Benjamin after his death

His only and popular sister Riley paid tributes to him on social media along with a picture describing him as, “Too sensitive for this harsh world.” 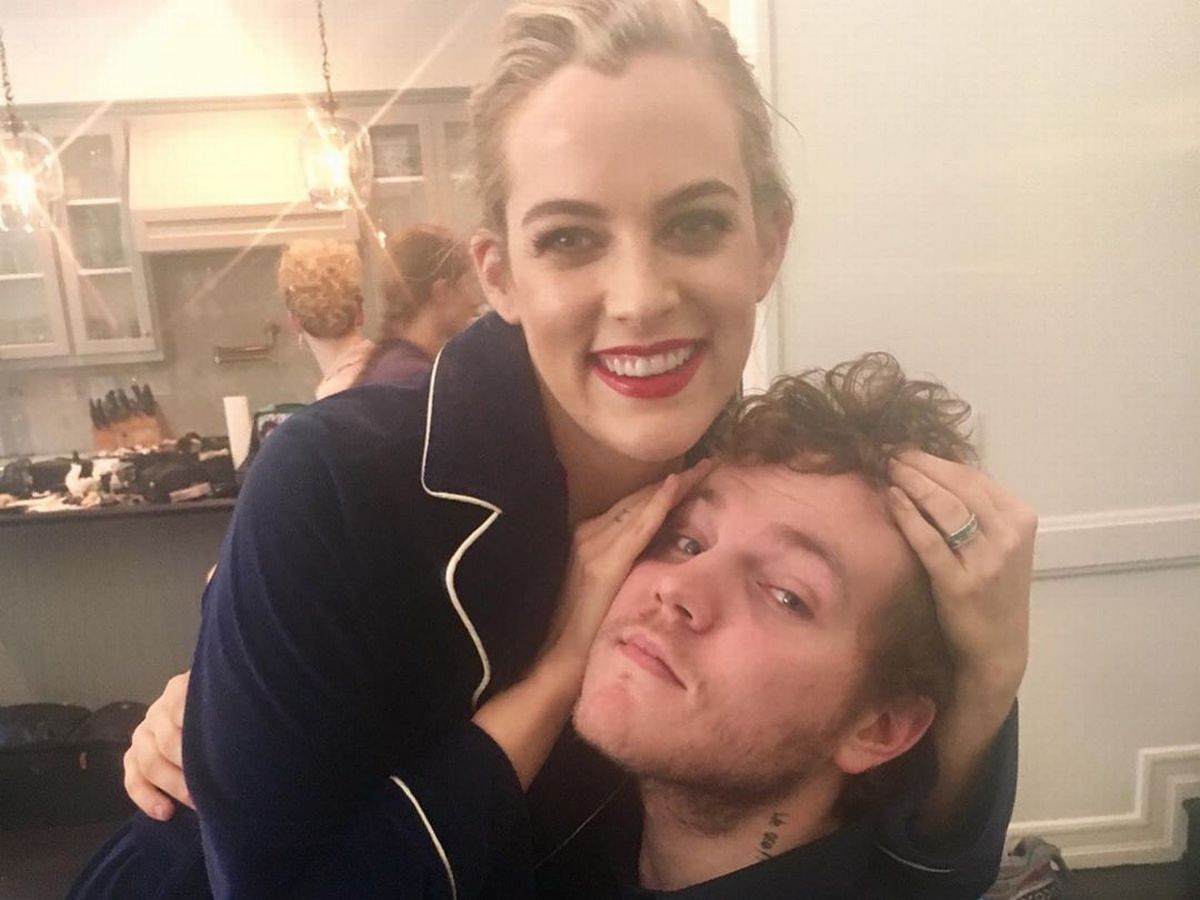 One of Keough’s friends narrated the incident as “shocking news but it also isn’t a huge surprise as he had been struggling.”

Speaking about his mother’s condition, one friend said, “The sad reality is she lives her life these days in a thick, unhappy fog. The death of Benjamin, who she adored, will make things much worse.”

Keough was buried at the Meditation Garden at Graceland alongside his legendary grandfather.

Lisa was completely shattered after the untimely death of her son. She is now living a life away from the public glare taking care of her other three kids.

However, it is next to impossible to overcome or try to forget the devastating night and the events that landed Benjamin taking such an extreme step.

For more such interesting stories and updates, stay connected to our portal!

“Are These the Most Expensive?” : Jackie Chan Once Boasted His $400 Million Net...