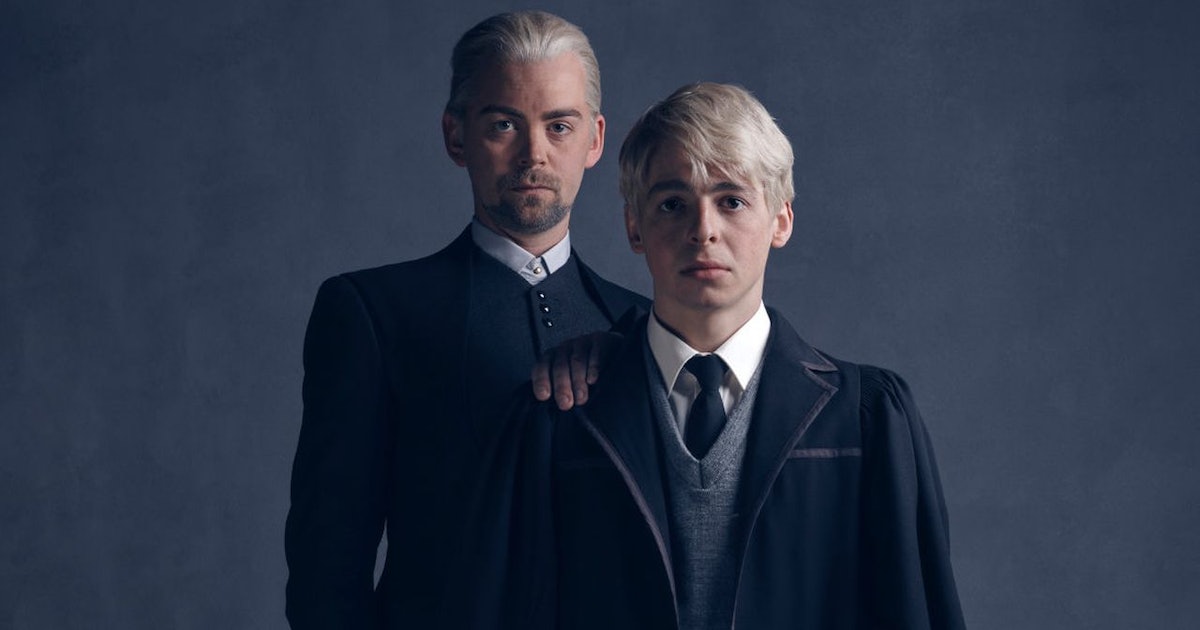 Assuming that by now you’ve read the epic that is Harry Potter and the Cursed Child , you may naturally have a lot of questions about Astoria Greengrass, the wife of Draco Malfoy. (Warning for non-readers: Spoilers ahead!) Although Astoria is never physically present during the play, her impact is clear: she had a profound effect on Draco Malfoy’s temperament, enough so that in the years that have passed since the Battle of Hogwarts, Draco evolved into a man who seems significantly less prejudiced and deeply concerned for the welfare and happiness of his son. This may have come as somewhat of a surprise to some readers of the play, but for those of us who have been following along and keeping up to speed with Draco on Pottermore, it actually makes perfect sense.

According to Draco’s profile on Pottermore, which was updated by J.K. Rowling herself, Astoria Greengrass was the little sister of one of Draco’s classmates, and also among one of the notorious pureblood families — however, she was much more moderate, and in the aftermath of the Battle of Hogwarts refused to perpetuate her parents’ prejudice. We knew even before the play revealed it that she was adamant in raising her son to be tolerant in nature and accepting of Muggles and Muggleborns. She was apparently a disappointment to Lucius and Narcissa Malfoy for this very reason.

It is revealed in Cursed Child, of course, that Astoria suffered from a blood condition that seems to be a residual effect of a curse laid on an ancestor of hers. That alone brings up a number of questions — for instance, since when were there heritable blood curses in Harry Potter canon? Is this something Scorpius might develop or eventually pass on to a child of his own? How in all of this advanced magic was there not a cure for it?

Fortunately, in her unfairly short life, Astoria still had a profound effect on her little family — enough so that they continued to carry on her ideals without her, even across the alternative timelines. “She made being brave very easy, your mother,” says Draco in the Voldemort timeline, a true testament to Astoria’s will. It’s a shame we didn’t see more of her character in action, and merely just what she left behind. Fingers crossed for more on the Astoria and Draco origin story from Pottermore so this fierce lady gets the full legacy she deserves.

From hair trends to relationship advice, our daily newsletter has everything you need to sound like a person who’s on TikTok, even if you aren’t.

Emma Watson remembers the moment she ‘fell in love’ with Tom Felton as a...

Kailyn Lowry: Javi Marroquin Dumped Me and Got Back With Lauren Comeau!