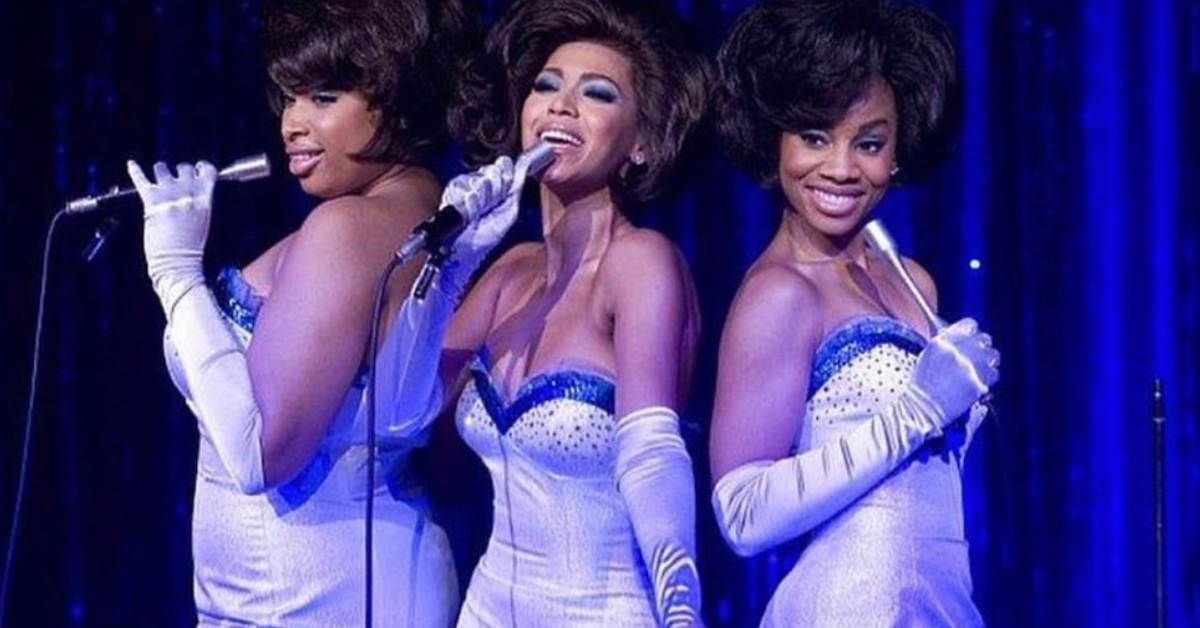 This coming December will mark 16 years since the release of Dreamgirls. The musical drama film was written and directed by Bill Condon, and became one of the most expensive, predominantly African-American productions in Hollywood.

DreamWorks Pictures injected a budget of around $80 million into the project, and sought out some of the best talent to star in the film. Beyoncé, Jennifer Hudson, Eddie Murphy and Jamie Foxx were all part of a star-studded ensemble cast, most of whom remain close friends today.

Foxx was still fresh from his Oscar-winning performance in Ray when he was approached to feature in Dreamgirls. Perhaps still flying high on that success, he originally refused to sign on, until Beyoncé and Murphy joined the cast, and he changed his mind.

The movie was adapted for the big screen from the similarly-titled stage play of 1981, and – according to the official log line – told the story of “a trio of black female soul singers, [who] cross over to the pop charts in the early 1960s, facing their own personal struggles along the way.”

From that impressive cast line-up, who has gone on to amass the most wealth today?

Anika Noni Rose’s character in Dreamgirls was Lorrell Robinson, a third of the songbirds at the heart of the story.

Rose would go on to make history as the first African-American Disney princess, when voicing the character Tiana in The Princess and the Frog. She is currently worth $3 million, according to Celebrity Net Worth.

Jaleel White was already well known as “Steve Urkel from Family Matters” when he featured in Dreamgirls. In the musical film, he portrayed a talent booker at the Detroit Theatre talent show.

White is said to be worth around $8 million today.

RELATED: How Much Was Jaleel White Making To Play Steve Urkel On ‘Family Matters’

Veteran actress Loretta Devine did not play one of the main roles in Dreamgirls, only appearing as a jazz singer. She was part of the earlier stage productions, however, mostly as Lorell Robinson.

Devine is otherwise best known for her work on Grey’s Anatomy, which won her an Emmy in 2011. Her net worth today stands at an estimated $10 million.

Jennifer Hudson was reportedly asked to put on weight to play the lead role of Effie in Dreamgirls. The move worked a treat, as she eventually won an Oscar for “Best Supporting Actress.”

The multi-talented star has since achieved EGOT status, and is now believed to be worth about $30 million.

RELATED: These Are Jennifer Hudson’s Biggest Achievements Besides Her EGOT

Another seasoned actor to feature in Dreamgirls was Danny Glover, as a talent agent struggling to remain relevant.

Glover is now 76 years old, and has managed to amass an approximated net worth of $40 million.

John Lithgow’s role in Dreamgirls might not have been as big as most of the names on this list, but his $50 million net worth definitely warrants him a spot.

His character was a film producer known as Jerry Harris. Lithgow is also age mates with Danny Glover.

Like John Lithgow, The Office star John Krasinski only played a very bit-part role in Dreamgirls. He appeared as a movie director working with Jerry Harris, going by the name Sam Walsh.

Krasinski’s net worth is now said to be around $80 million.

Jamie Foxx’s Curtis Taylor, Jr. was the main antagonist in Dreamgirls. The character was loosely based on Berry Gordy, Jr., the founder of Motown.

Foxx has played many more iconic movie roles over the years, and accrued a net worth of about $170 million.

RELATED: Jamie Foxx Doesn’t Need A Trainer To Stay In Shape, Here’s What He Does

Murphy’s many other endeavors – in comedy, music and film – have helped him to gain wealth valued at a very handsome $200 million.

It is not surprising that Beyoncé tops the list of the richest former Dreamgirls cast members. In fact, with a net worth of up to half a billion dollars, she is head and shoulders above anyone else on the list.

Her character in the movie was known as Deena Jones, one of the three “Dreamettes,” as the singing three-woman singing group was aptly named.

Entain: BetMGM is ‘challenging’ for top spot in US sports betting market