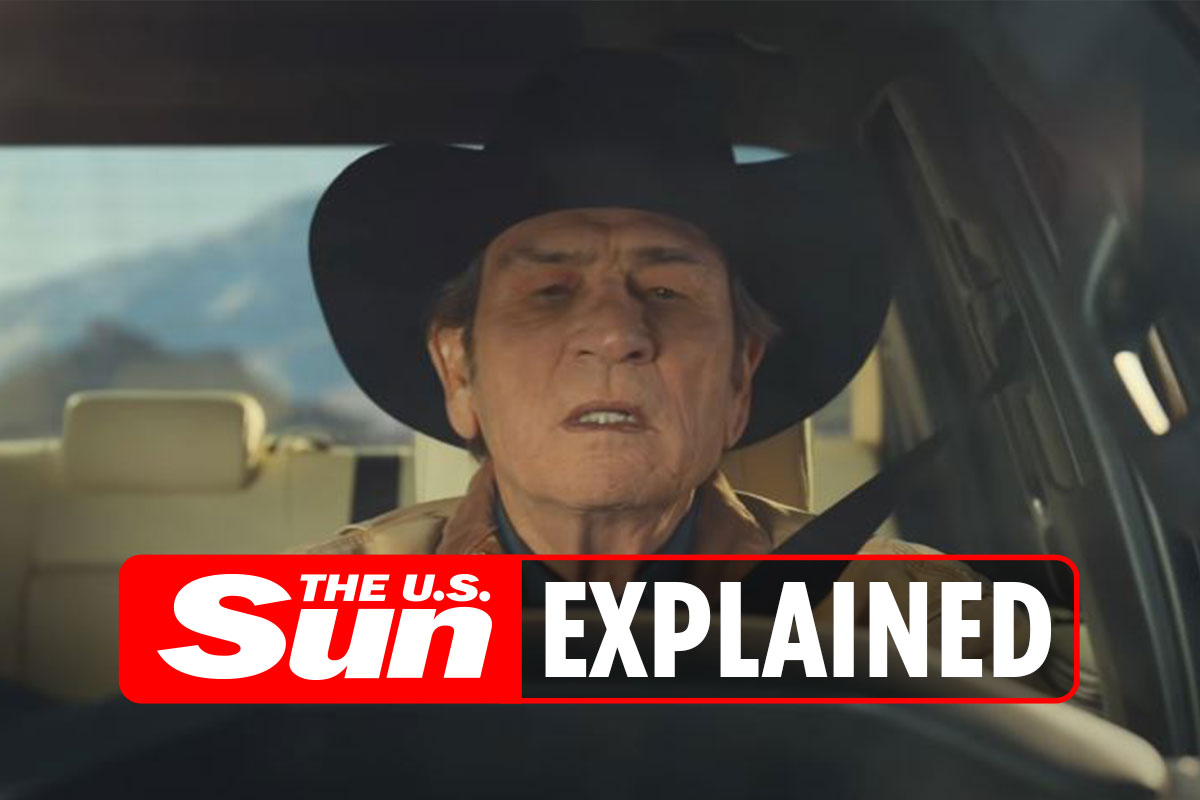 TOYOTA turned to star power to lead their second big game ad at the Super Bowl 2022.

The commercial saw four a-list celebrities put the new Toyota Tundra through its paces in an impromptu off-road race through deserts and mountains.

The ad is based off the famous phrase “keeping up with the Joneses” which often refers to the need “to compete with one’s neighbours in material possessions.”

Toyota decided to put a literal spin on the idiom and opted to feature a group of famous ‘Joneses’ as they battle it out in the pick-up trucks.

The ad opens with legendary actor Tommy Lee Jones who is best known among modern audiences for his role as Agent K in the Men in Black film series.

Born, September 1946, the actor has a stellar CV that includes roles as Sheriff Ed Tom Bell in No Country for Old Men, Colonel Chester Phillips in Captain America: The First Avenger and CIA Director Robert Dewey in Jason Bourne.

In a career that has spanned over 40-years, he has received four Academy Award nominations, winning best supporting actor for his performance as U.S. Marshal Samuel Gerard in the 1993 thriller film The Fugitive.

Jones has married three times and shares two children – a son and a daughter – with her second wife.

At the time of writing he has a net worth of $100 million, according to Celebrity Net Worth.com. 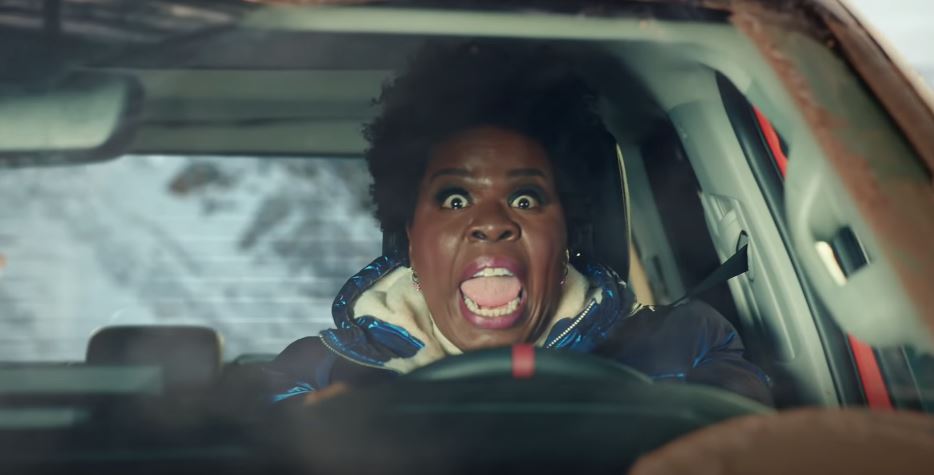 Comedian and actress Leslie Jones made her name on Saturday Night LiveCredit: Toyota

Leslie Jones enters the fray as the second celeb on the scene of the Toyota ad as she pulls up alongside Tommy Lee.

The American comedian is best known for her time as the cast member and writer on Saturday Night Live from 2014 to 2019.

Having regularly spoken out on big issues including politics and social injustice, she was named in 2017 as one of the 100 most influential people in the world by Time magazine. 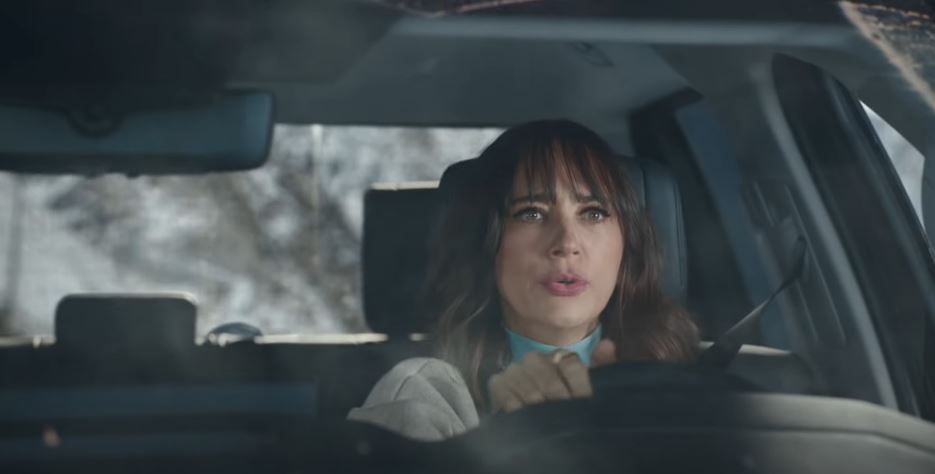 Rashida Jones has an impressive CV of acting work including her role in Parks and RecreationCredit: Toyota

Rashida Jones is the third celebrity to join the high speed chase.

The actress is best known for starring as Ann Perkins on American political satire comedy series Parks and Recreation, for which she received critical acclaim.

She has also appeared as Karen Filippelli on the American version of The Office and has starred as the titular police detective Angie Tribeca since 2016.

Rashida has also had roles in 2009’s comedy I Love You, Man, 2011’s The Muppets, and alongside Jesse Eisenberg as junior defence lawyer Marylin Delpy in The Social Network.

She shares a son with her boyfriend, musician Ezra Koenig. 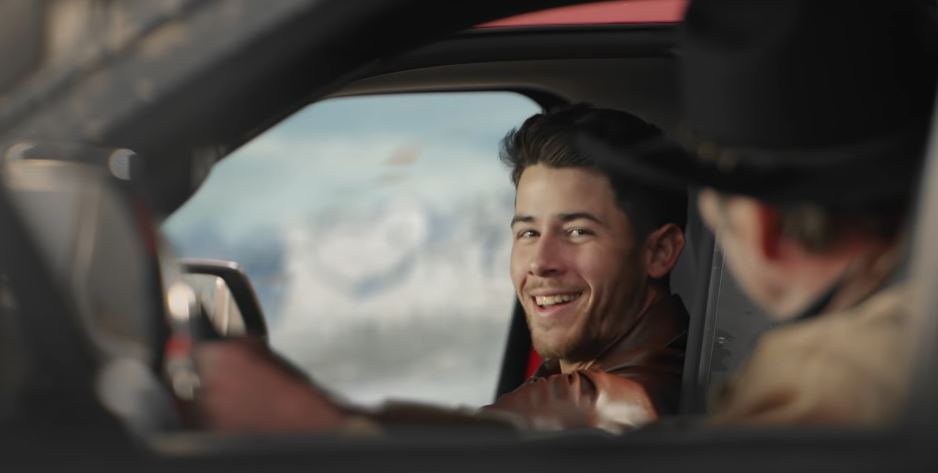 Nick Jonas rose to fame as part of The Jonas BrothersCredit: Toyota

The commercial concludes with the arrival of Nick Jonas, who wins the reluctant approval of his near namesakes as a voiceover states: “Stay ahead in the all-new Tundra.”

Jonas, 29, is a musician born in Dallas, Texas – his father Paul Kevin Jonas Sr. is an ordained minister, so the family often travelled around.

Together with his older brothers Joe, 32, and Kevin, 34, he became part of the band The Jonas Brothers.

When the band split in 2013, Jonas went solo and has also worked as the creative director on Lovato’s 2014 Neon Lights Tour.

Marrying Indian star Priyanka Chopra, 39, the couple share a child together – who was born in January 2022.