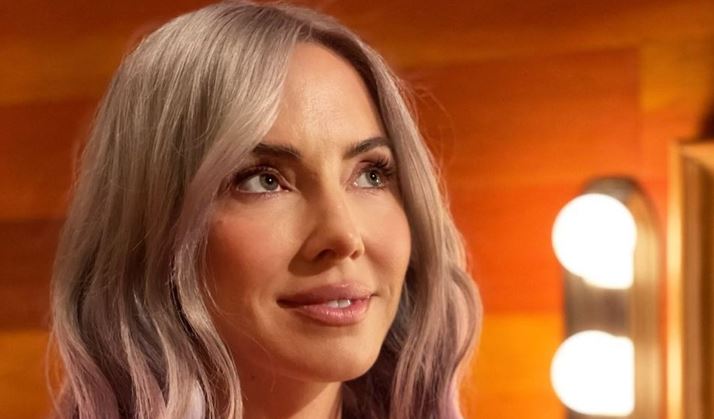 For women in show business, few combinations are tougher than acting and comedy. Many make it as actresses, and a select few succeed as comics.

So how has she done it? Cummings has used a combination of physical beauty, sharp intelligence and a flair for gender-based comedy to carve out a unique niche that’s simply her. She’s also incorporated her childhood trauma into her comedy, some of which is based on the fact that she grew up in a “dysfunctional, alcoholic household” in Washington, D.C.

It didn’t take her long to rise up from that environment, though. Cummings started her career with aspirations to become a journalist, but that didn’t last long. She went to Penn, then ended up moving to LA, and in 2004 she landed a job as an assistant on the MTV reality series, “Punk’d.”

But Cummings was meant to succeed in far more than just “gotcha” television. She made her acting debut in the thriller EMR, which was screened at Cannes but didn’t do much commercially.

She started working simultaneously as a comic, and that was when Cummings began to take off in both professions.

She also landed roles in numerous TV series, including “What About Brian, “Half and Half,” and “Tell Me That You Love Me” and “Half and Half.” Her film takeoff included parts in “Life is Short,” “Hooked” and “Come to the Net.”
Up the Ladder

See also  Miley Cyrus' Net Worth (2023): How Much She Made From "Hannah Montana"

All of this led to the creation of her own show, “Whitney,” which aired on NBC in the early 2010s. That breakout move further fueled her career in comedy, and vice versa—she’s made numerous comedy specials, some with names like “Money Shot” and “Can I Touch it.”

Another move that fueled her financial success was helping to create “2 Broke Girls,” which has made her a ton of money despite being nearly universally panned by critics.

Her career has also been touched by scandals here and there. In 2018 Cummings pushed for the relaunch of “Roseanne,” which shot out of the gate to attain wild success.

That rocket launch quickly came down to earth, however, when Roseanne Barr made a series of controversial tweets, and Cummings was forced to become part of an en masse exit by other cast members.

Her romantic life has been something of a celebrity dating-go-round until recently.  Cummings did the “date an actor and director” thing with Peter Berg, and she was also linked romantically to Kerry Rhodes, an NFL athlete who’s best known as a safety who played for the New York Jets.

The lucky winner of the dating sweepstakes was Miles Skinner, the creative director of Vice Media. The couple currently lives comfortably in Southern California, and fans are eagerly waiting for her next move in comedy, acting or both.