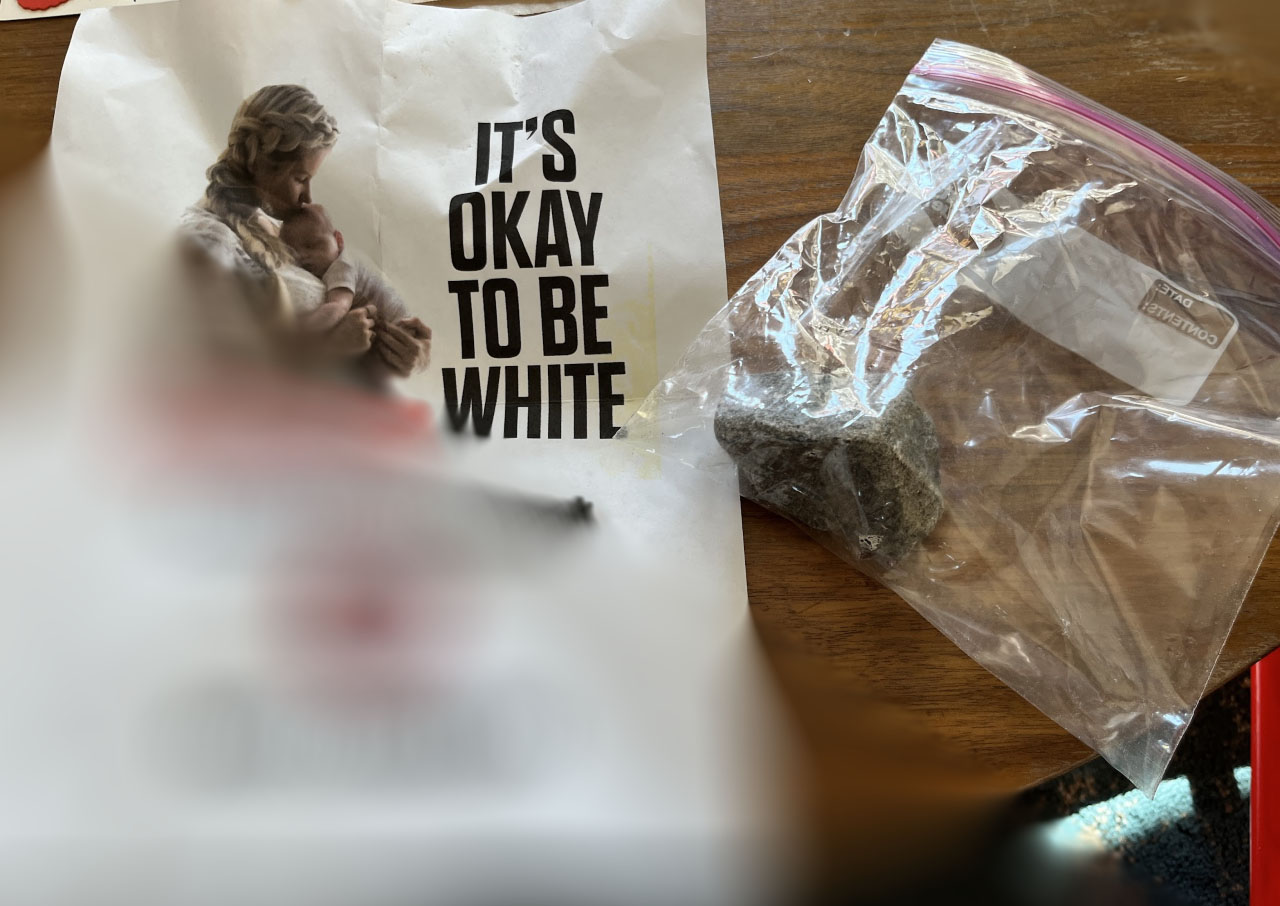 AUSTIN (KXAN) — When Austin resident Chris Wooster woke up Sunday morning, he found a plastic bag on his front lawn containing two things: A rock and a white supremacist flyer bearing the words “it’s okay to be white.”

It’s a sight he and residents from three separate neighborhoods in Austin — Hyde Park, Hancock and Cherrywood — are still processing.

“The thing that’s true of all those neighborhoods, and I’ve lived here for a while, is that they’re neighborhoods that value things like diversity and equity and justice,” Wooster said. “So it wasn’t surprising that so many of the people that I interact with in the neighborhood were really disgusted with the message, and also the sort of cowardly methods by which they were distributed.”

Surveillance footage captured by some residents recorded a driver in a white pickup truck delivering the flyers between 12:30 a.m. and 1:45 a.m. Sunday. Austin Police is currently investigating the incident and requesting anyone with any information call APD’s tip line at 512-472-8477.

The phrase “it’s okay to be white” is a registered hate slogan under the Anti-Defamation League for its affiliation with white supremacist groups and ideology. The phrase gained popularity on the online forum 4chan in 2017 and has been used both in online white supremacist media and flyers and sticker campaigns, per ADL.

Renee Lafair, regional director for the Anti-Defamation League, said that while online dissemination is popular among hate groups, the act of leaving a physical mark or flyer on someone’s property can have a much more visceral impact.

“It’s one thing to see it on your screen and click away from it,” she said. “But it’s another when that arrives at your doorstep. And I think people are going for effect and trying to upset people.”

Nationally, pro-white supremacist ideology and propaganda campaigns, such as flyers, have increased in recent years, Lafair said. Locally, she said there have been several instances and groups leaving flyers and stickers here in Austin since the fall.

The Federal Bureau of Investigation’s San Antonio field office helps investigate civil rights violations and hate crimes throughout the Central Texas region. FBI officials in San Antonio confirmed they are looking into the incident and partnering with local agencies during that process.

“We are aware of these flyers, and remain in close contact with local law enforcement partners and community groups, such as the Anti-Defamation League in Austin, to learn of these incidents and develop strategies to address local hate problems throughout our community,” an FBI spokesperson said in an email. “The FBI is actively engaged in developing strong partnerships with community groups, for the purpose of becoming aware of potential hate incidents before they escalate to a serious crime.”

For now, Wooster said he’s encouraged by his neighborhood’s response in rallying together to condemn the messaging. He said that phrase, and what it symbolizes, is antithetical to the sentiments of himself and his community.

While this incident continues to be investigated by APD, Lafair said it’s crucial people do not share these images or the websites they promote, which she said fuels the fire of these groups and their hatred. Instead, she urged people to educate themselves and their peers on the history of these symbols and messaging and the impact they can have on others.

“Our goal is to not allow what [these groups are] trying to disseminate to become normalized — to remember what makes Austin great,” she said. “And for all of us to back up our neighbors and be there for them.”