Bella and Gigi Hadid have been two of the most well-known models in the world. The sisters have gone on to land countless fashion magazine covers, brand collaborations, and modeling awards. Given how successful they’ve become, it’s natural to wonder just how much two of the industry’s top-paid models are worth—and how they compare to each other. Read on to learn more about the net worths of Gigi Hadid and Bella Hadid.

Gigi And Bella Hadid Come From A Famous Family

Gigi and Bella never would have reached the level of fame they have today without the help of their well-established parents. They are the daughters of real estate developer Mohamed Hadid. Through his company, Hadid Development, he focuses on luxury real estate projects and has an estimated net worth of $5 million.

Their mother is Yolanda Hadid, who was a model herself. She was discovered when she was 16 and traveled around the world while working in the fashion industry. Eventually, she settled down and was married to Hadid for six years, followed by a marriage to legendary musician and producer David Foster, which lasted from 2011 to 2017. More fame and success came in 2012 when the former model landed a role on Bravo’s The Real Housewives of Beverly Hills, which she appeared on for four seasons. Overall, she has an estimated net worth of $45 million.

Gigi and Bella aren’t the only ones following in their mother’s footsteps. Their young brother, Anwar Hadid, is also a model and was signed to IMG Models in 2016. He currently has an estimated net worth of $4 million.

See also  8 Details About The School for Good and Evil's Sophia Anne Caruso, Including Her Other Big Roles 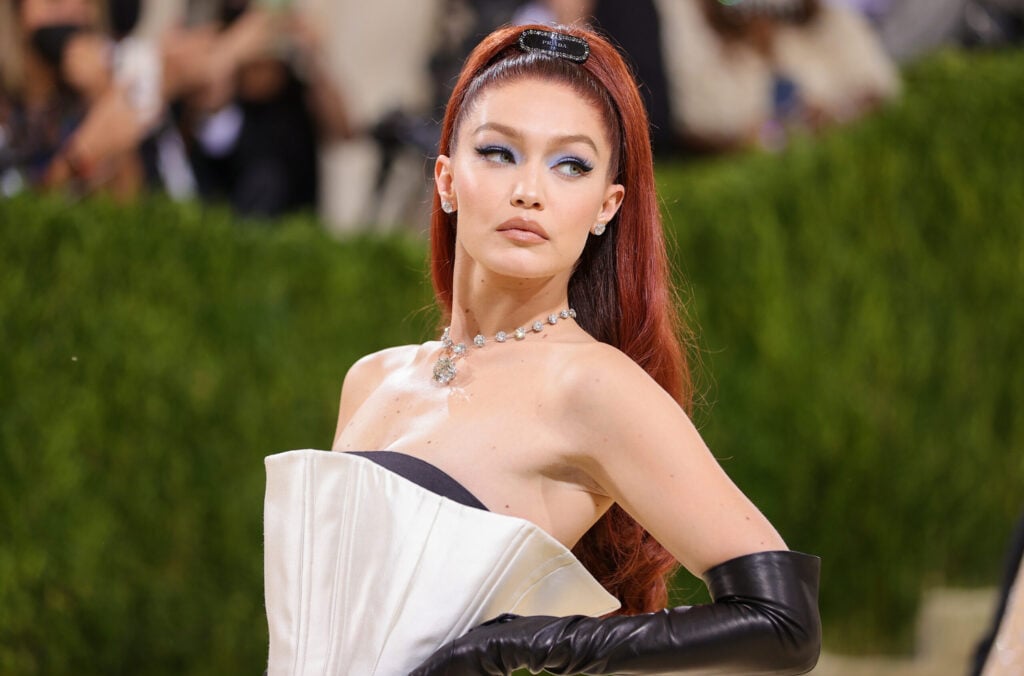 Some people are just born to model—at least that’s the case for Gigi Hadid. When she was just two years old, she caught the eye of Guess’ Paul Marciano, which led to her modeling for Baby Guess. She eventually put her modeling career on pause so she could focus on going to school and being a kid, but eventually picked it back up in 2011.

In 2013, she graduated from Malibu High School. Originally she planned to pursue a degree from The New School in criminal psychology. However, she signed on to work with IMG Models instead, and from there, her career skyrocketed. She walked at New York Fashion Week in 2014, as well as starred in the autumn/winter campaign for Tom Ford Eyewear that same year. In 2015, she became a Maybelline ambassador and walked in the Victoria’s Secret Fashion Show. Gigi by Tommy Hilfiger, a collection she worked on with the acclaimed designer, came out in 2016, as did Stuart Weitzman’s Gigi Boot. That was also the year the British Fashion Awards named her the International Model of the Year, an honor that was followed by being named Woman of the Year by Glamour in 2017.

Over the years, Gigi has worked with designers and brands such as Marc Jacobs, Chanel, Versace, Michael Kors, Balmain, and Diane Von Furstenberg and has graced the covers of magazines like Vogue, Allure, and Harper’s Bazaar. Now, as a new mom to her daughter Khai, she is balancing her career with motherhood.

As one of the industry’s highest-paid models, she brings in $9-10 million a year, giving her an estimated net worth of $29 million. 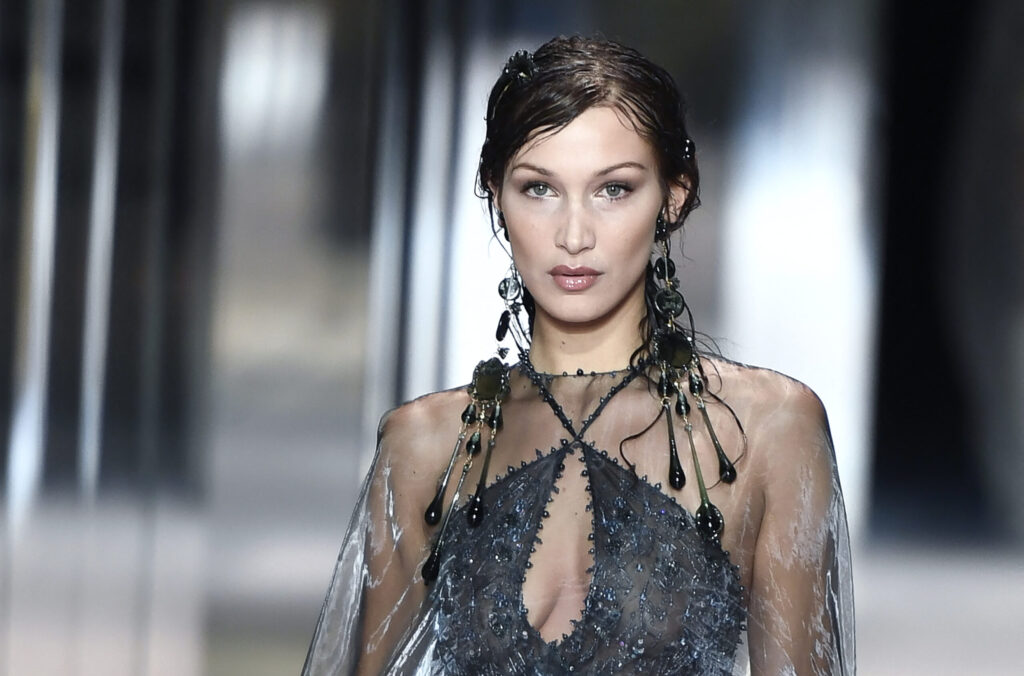 Since Bella participated in her first equestrian competition when she was three, she thought she would pursue that path and go on to compete in the Olympics. However, since she suffers from chronic Lyme disease (along with her mother and brother, Anwar), she turned to the family business instead.

Bella’s first job in the world of modeling was for Flynn Syke when she was 16. In 2014, she also signed with IMG Models. That same year, she walked the runway at New York Fashion Week, followed by walking for Chanel in Rome the next year. She became a Dior Beauty ambassador in 2016, as well as was named the Model of the Year by GQ Men and by Model.com. Though she has appeared on numerous magazine covers, she set a record in 2017 by appearing on the most covers of Vogue‘s September issue in one year, with her face seen in China, Spain, Brazil, Australia, and Arabia. Additionally, Bella has worked with Chrome Hearts on three different design collaborations.

Due to working with big names, including Tom Ford, Diane von Fürstenberg, Tommy Hilfiger, Moschino, Missoni, Balmain, Nike, and Victoria’s Secret PINK, Bella Hadid has an estimated net worth of $25 million, putting her $4 million behind her older sister.

Ruben Randall - July 20, 2022 0
Celebrity
Trump officials tried to add a citizenship question to the 2020 census to try to impact congressional apportionment, according to a report released...