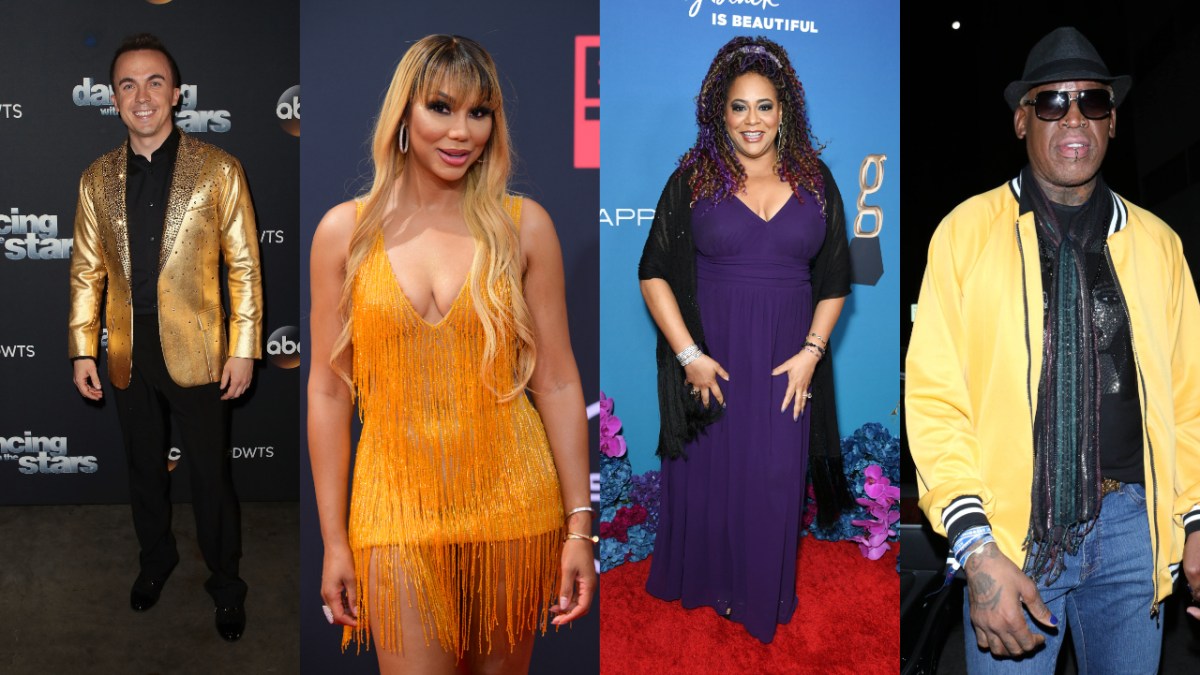 VH1’s reality TV series The Surreal Life released its reboot in 2022 with an all-new star-studded cast. Which of the eight celebrities has the highest net worth?

Frankie Muniz has an impressive reported net worth

In 2000, New Jersey-based actor Frankie Muniz, 36, landed the breakout role of Malcolm in Malcolm in the Middle. His standout performance resulted in two Emmy nominations.

RELATED: Jennette McCurdy Guest Starred on ‘Malcolm in the Middle’ and Thought Frankie Muniz Was ‘Nice To Look At’

Muniz also starred in several movies, including Deuces Wild (2002) and Big Fat Liar (2002), becoming one of the most well-known teen actors. However, he left the industry to pursue a career in open-wheel racing. Muniz’s successful career has given him an impressive reported net worth of $30 million.

August Alsina has a reported net worth of $4 million

New Orleans-based singer August Alsina, 30, dropped his first album in 2014 with hits including the Nicki Minaj-assisted “No Love.” After following it up with another project, the singer took a nearly five-year break before returning with an EP in 2019.

In 2020, he became a household name due to his infamous “entanglement” with actor Jada Pinkett Smith. As a result of his music success, Alsina has a reported net worth of $4 million.

Tamar Braxton has a reported net worth of $3 million

Singer and television personality Tamar Braxton, 45, rose to fame in the ‘90s singing alongside her older sisters. After attempting to make it in the music industry as a solo singer throughout the 2000s, her family signed on to We TV reality TV series Braxton Family Values, which catapulted her to fame.

She became the co-host of The Real, received several Grammy nominations, and went on to win Celebrity Big Brother, becoming the first Black houseguest in the American adaptation to do so. Due to her time on reality television, her music career, and a clothing and shoe line she dropped in 2014, Tamar has a reported net worth of $3 million.

Kim Coles also has a reported net worth of $3 million

Actor, comedian, and game show host Kim Coles, 60, is mainly remembered for her portrayal of Synclaire on the sitcom Living Single.

She has since appeared on numerous television series, including Celebrity Fit Club, and hosted BET’s Pay It Off. Additionally, Coles performs as a stand-up comedian. Her success has earned her a reported net worth of $3 million.

CJ Perry has an estimated net worth of $3 million

CJ Perry joined a girl group in 2009, but the group disbanded after releasing one single. She went on to perform as a backup dancer for several singers and became an actor.

Stormy Daniels has an alleged net worth of $2 million

Pornographic actor and director Stephanie Clifford, 43, is known professionally under the moniker Stormy Daniels. She rose to fame in 2004 when she won the Best New Starlet Award and has since gotten inducted into various Hall of Fames for her work in the adult entertainment industry.

In 2018, Daniels hit the news when she accused then-president Donald Trump of paying her hush money regarding an affair she claimed they had. The director has a reported net worth of $2 million.

Best known for his defensive and rebounding skills, Dennis “the Worm” Rodman, 61, won the NBA Defensive Player of the Year Award twice, made NBA All-Defensive First Team seven times, and has five NBA titles under his belt throughout his nearly 15-year career.

A controversial figure due to his “bad boy” antics and outspoken support for North Korean leader Kim Jong-un, he participated in professional wrestling and has appeared on numerous reality TV shows. Despite having several multi-million contracts during his time in the NBA, Rodman has a reported net worth of $500,000.

Manny MUA has an unknown net worth

Beauty blogger Manuel Gutierrez Jr., also known as Manny MUA, 31, began posting make-up tutorials, reviews, and tips to his YouTube channel in 2014. It took off, resulting in multiple collaborations with brands for eye-shadow palettes before he became the first male brand ambassador for Maybelline.

RELATED: How Old Is YouTuber Austin McBroom, and What Is His Net Worth in 2021?

In 2018, he launched the make-up line Lunar Beauty which has become successful. The YouTuber’s net worth is currently unknown but reported to be from $300,000 to $4 million.

Which Famous Celebrity Would Montanans Choose As A Neighbor?