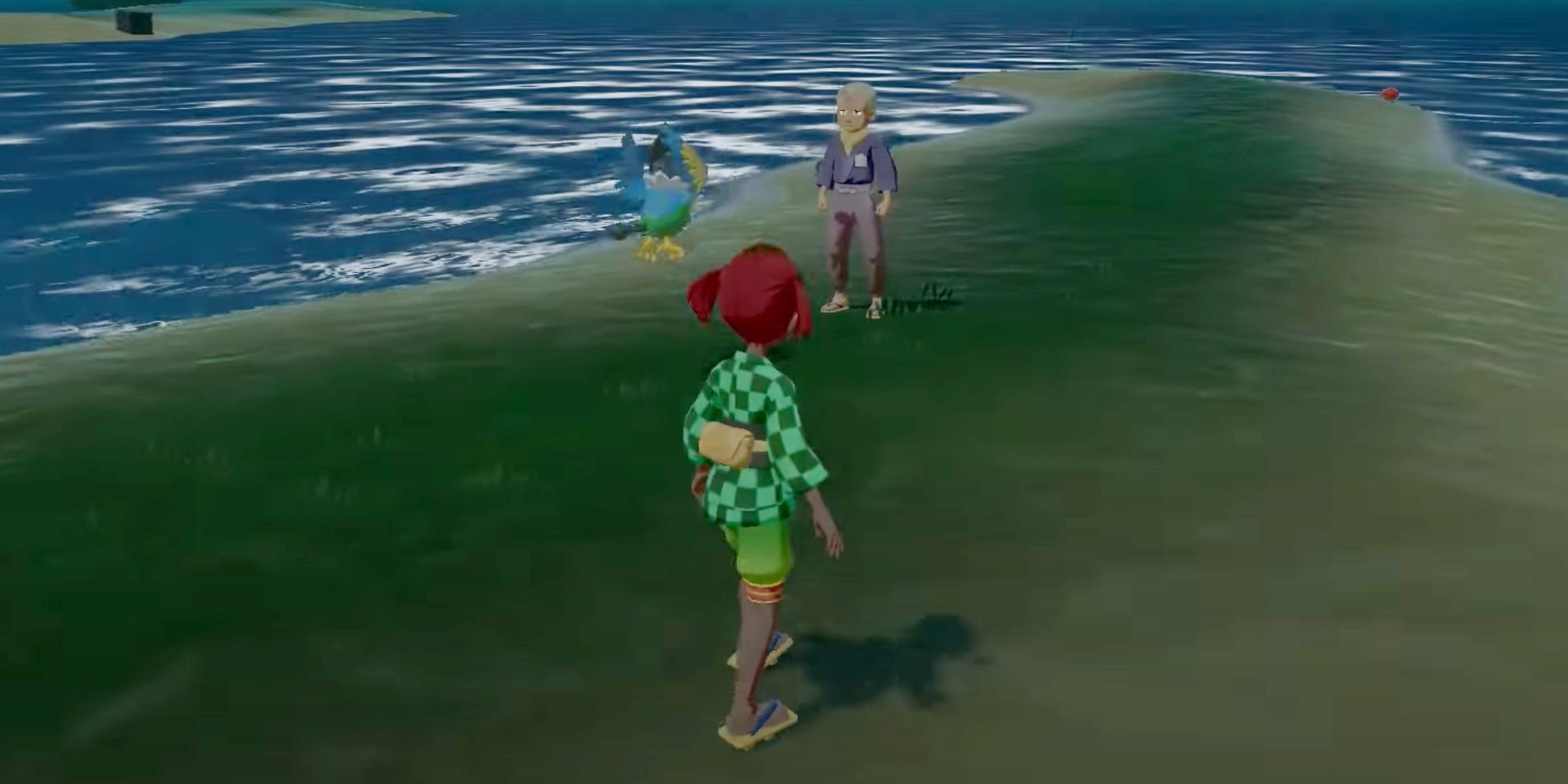 In order to set up the Coastlands Camp in Pokémon Legends: Arceus, players will need to find a missing man named Yorrich and save him from a Chatot.

Players will need to find a missing man named Yorrich in order to set up the Coastlands Camp in Pokémon Legends: Arceus. The request can be started by speaking to Gully at the Cobalt Coastlands. Players will be tasked with finding Yorrich, but there are no clues as to where he might be. Instead, players are left searching all over Cobalt Coastlands attempting to find and save Yorrich.

To obtain the quest for finding Yorrich, players will need to speak to Gully who can be found in between Bather’s Lagoon and Aipom Hill. Players will receive the “Setting Up the Coastlands Camp” quest in Pokémon Legends: Arceus. Gully will state that she’ll be waiting up ahead so players can help her find Yorrich. Players can find Gully waiting at the center of the palm on the peninsula that looks like a hand. This area is in the southeastern part of Cobalt Coastlands.

Related: Where to Find (& Catch) Manaphy in Pokémon Legends: Arceus

When players speak to Gully again, they’ll learn that Yorrich went out to survey the area before he set up a camp there, but he hasn’t returned. Gully asks that players search for Yorrich and bring him back. However, players aren’t given any direction as far as where to look for Yorrich. Luckily, he’s fairly close to where Gully is waiting, so players can quickly complete this mission and gain access to a new camp in Cobalt Coastlands.

Yorrich won’t be visible until players get close to him, so he can be difficult to find, but he’s very close to Gully’s location. Players can head to the southernmost finger on the hand peninsula to find Yorrich. When players approach him, they’ll notice he’s being tormented by a Chatot. Yorrich will cry out for help, so players will need to approach and interact with him to assist him. Battling Chatot in Pokémon Legends: Arceus is the only way to help Yorrich out.

Chatot is a Normal- and Flying-type Pokémon that will be around level 34 when players battle it. The fight should be over fairly quickly, but for the best counters, players can use an Electric-, Rock-, Ice-, or Fighting-type Pokémon. Players also have the option of catching Chatot if they need to add its information to their Pokédex or want it on their team. The mission will end shortly after players either catch or knock out Chatot.

When the battle concludes, players will automatically be taken back to Gully. The new camp will immediately be set up by Yorrich and Gully after he returns. Yorrich will comment on the horrors of his encounter with Chatot and thank the player again for saving him. After the cutscene ends, the Coastlands Camp will be ready for players to use in Pokémon Legends: Arceus.

Next: Pokémon: Arceus – Space-Time Distortions Guide (Locations & What They Do)

Games That Feel Like They Shouldn’t Exist On Nintendo Switch

Jamie K. Russo is freelance writer for Screen Rant. She has a master’s degree in creative writing from Full Sail University. She’s a passionate, completionist gamer with previous experience writing personal guides for a variety of game genres.

Jamie is also a published novelist and a cat lady.