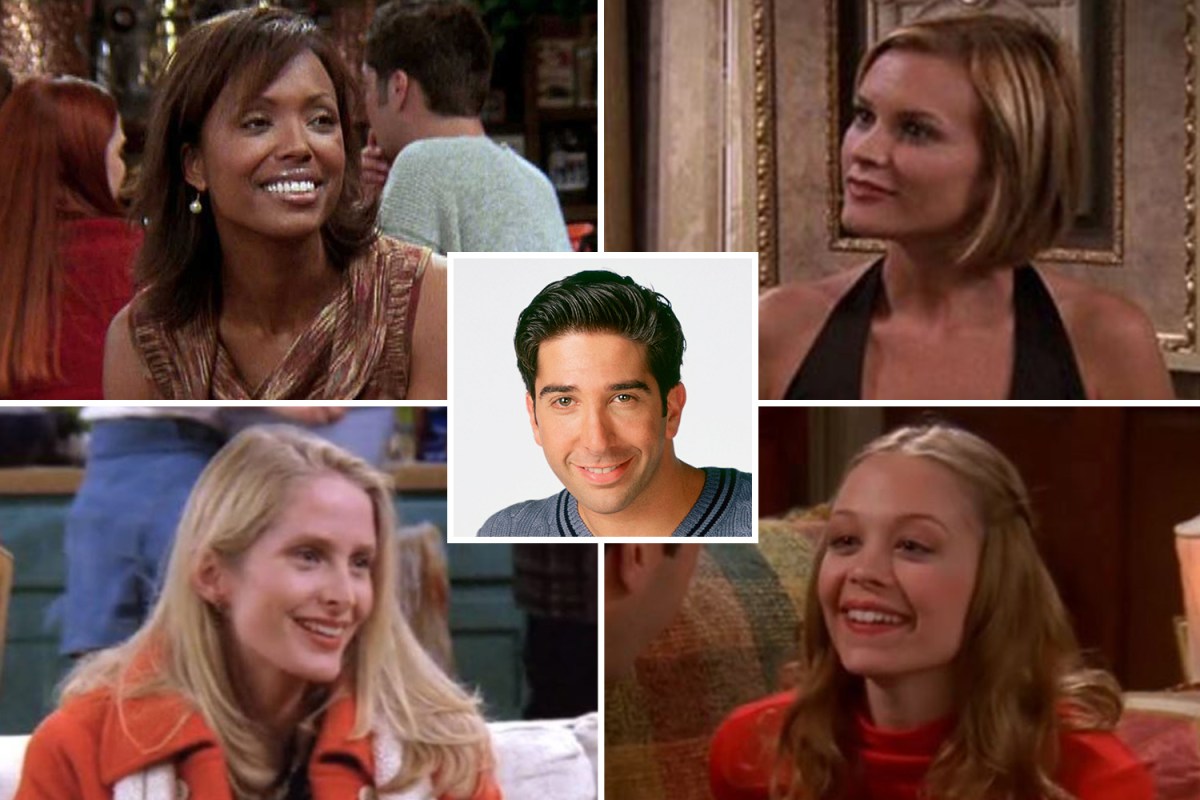 ROSS Geller may not have been the typical lothario – but the paleontologist managed to rack up an impressive number of girlfriends over 10 years on hit US sitcom Friends.

Fans of the show will remember Ross’ attempts to woo various ladies on the show – from whitening his teeth, to wearing VERY tight leather pants and even giving away the key to his apartment.

But there was only one girl that remained in Ross’ life….yes, you guessed it…Rachel Karen Green.

One of the main plots of the beloved sitcom revolved around the cast’s journey to find love – and Ross Geller’s struggle to find The One.

The character dated many different women around his on-off romance with Jennifer Aniston’s character Rachel.

We take a look at what Ross’ former flames are up to now – from being arrested for drink-driving, to painful miscarriages and marrying Hollywood actor and Meet The Parents star Ben Stiller. 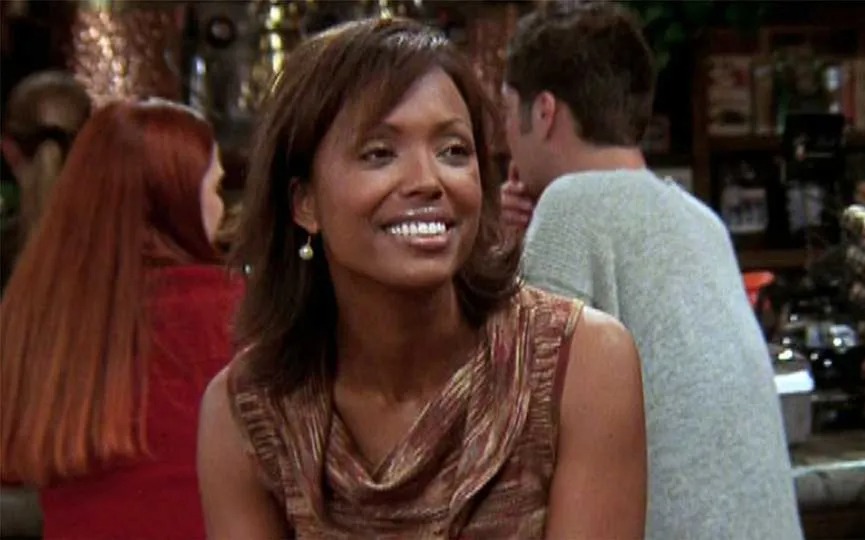 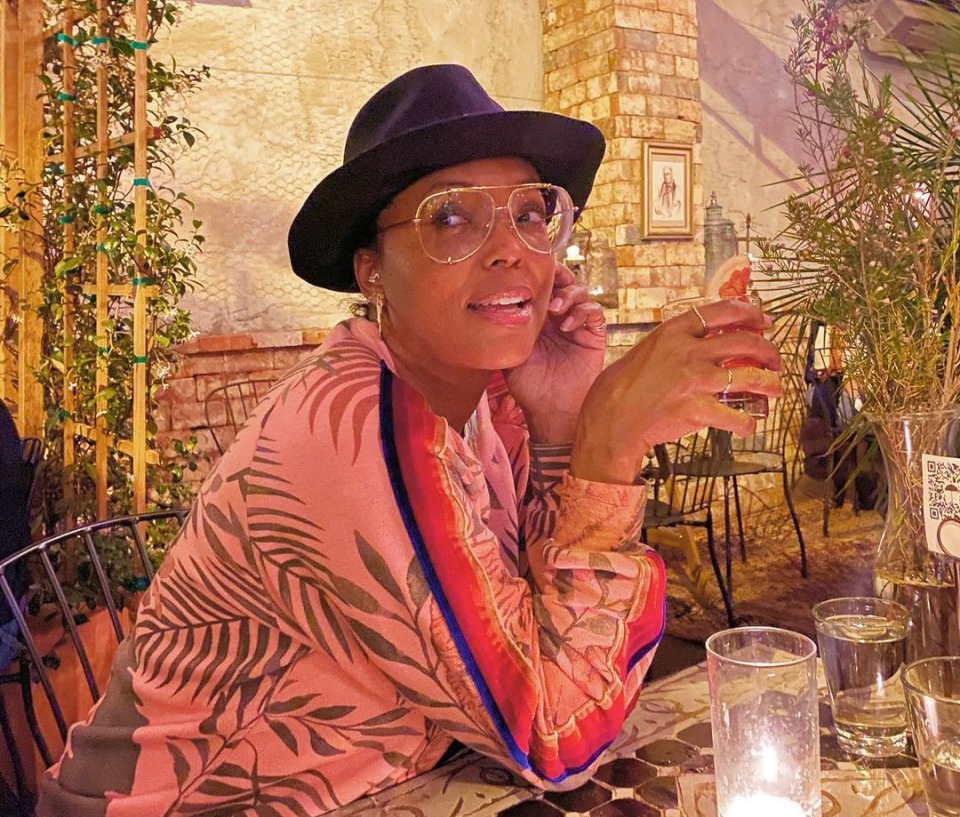 Actress Aisha Taylor is now a director and activist

She caused a stir when she dated Joey – leaving a confused Rachel battling with her feelings for the Italian actor.

But Charlie later realised she had more in common with Ross during a conference trip to Barbados and the pair got together, albeit short-lived when she rekindled her relationship with an ex-boyfriend.

Following her regular role on the CBS series Ghost Whisperer during its first season, Tyler appeared in several films, including The Santa Clause 2, The Santa Clause 3: The Escape Clause and the comedy Balls of Fury.

She then moved into print media as a regular contributor to Glamour, Jane, and Entertainment Weekly magazines.

She also made a guest appearance on Kanye West’s single Slow Jamz, which featured Twista and Jamie Foxx.

In October 2011, it was announced that Tyler would join the cast of The Talk as a permanent co-host.

Aside from her acting, she has become a podcaster, charity worker and activist being outspoken about African American culture and stereotypes, LGBT rights, and women’s rights.

Tyler married attorney Jeff Tietjens in the early 90s but the pair divorced in 2017. 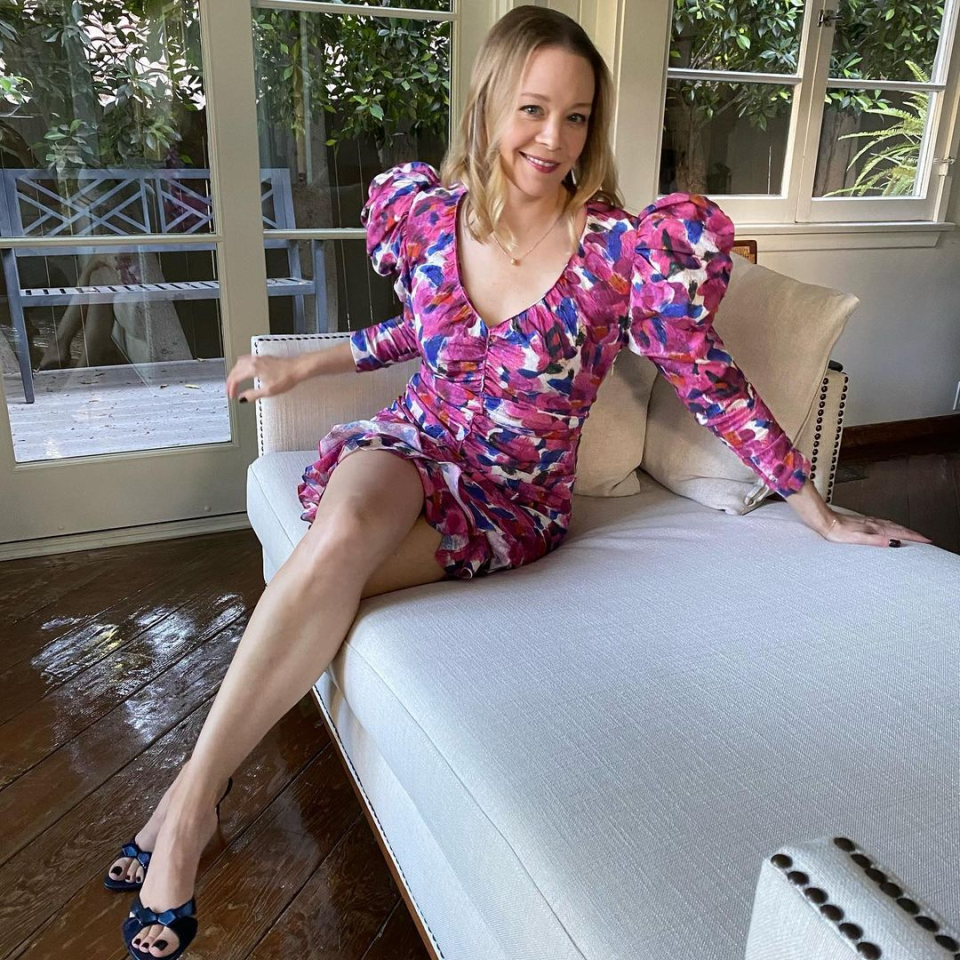 Elizabeth caught Ross’ eye when she was a student in his paleontologist class in season six.

Breaking all kinds of rules, the pair dated despite her dad Paul’s (Bruce Willis) vehement disapproval.

But the age-gap couple hit the rocks when Elizabeth’s headed off to summer camp and Ross simply couldn’t keep up with the youngster, ending in a water balloon showdown leaving Ross soaked.

Alexandra Holden played the student, who was 12 years younger than Ross, in multiple episode – and she looks completely different these days.

The actress, now 44, has been keeping pretty busy since her time on Friends and has since guest-starred in a wide number of movies and TV shows.

Speaking recently about her time on the show, Alexandra recalled a rather alarming note she was given ahead of auditioning.

Reflecting on her time on the sitcom, she told The Guardian about a certain moment that sent her “into a tailspin”.

“I got called in to do a ‘chemistry read’ with David Schwimmer,” she told the publication.

“It was terrifying because the producers told me to come in looking ‘as hot as possible’.

“I didn’t know what to do with that information – it sent me into a tailspin.”

Noting she “stayed up all night trying to figure out what to wear”, Alexandra added: “Now that I’m older, I wouldn’t be happy getting that message.”

In 1997 she married actor Johnny Strong, but they have since divorced. 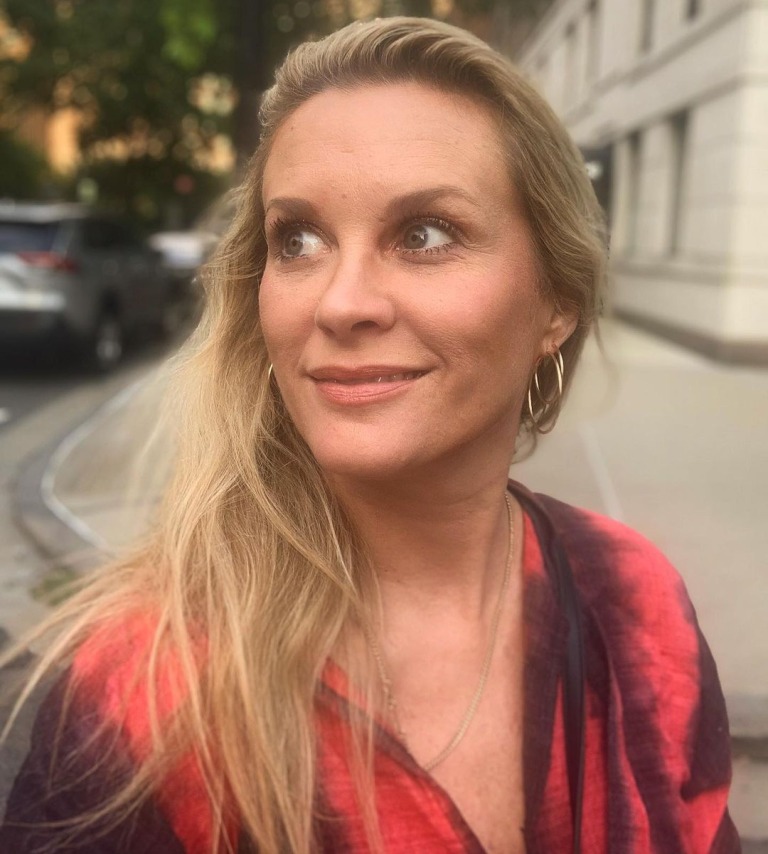 Mona was Ross’ recurring girlfriend in season eight. She was portrayed by Bonnie Somerville and first appeared in ‘The One After I Do’ – she starred in seven episodes of the series from 2001 to 2002.

The pair began their relationship just as Ross learned that Rachel was pregnant with his child. However, when Ross asked Rachel to move in with him because of the baby, Mona broke up with him.

They decided to give things another go, but Ross got cold feet when things began to move to fast and was reluctant to send out a joint holiday card together.

Fans will also remember when Ross gave Mona his key to his apartment instead of discussing where the relationship was going – resulting in him changing the locks on Valentine’s Day.

She went onto star in a number of movies and television series, most notably NYPD Blue, Grosse Pointe, The O.C., Cashmere Mafia, Without a Paddle, and Golden Boy.

She also portrayed Dr. Christa Lorenson in season one of the CBS medical drama Code Black.

She also enjoyed film success in The Ugly Truth (2009) and The Best and the Brightest (2010) opposite Neil Patrick Harris.

In May 2021, Bonnie was arrested for DUI – according to law enforcement sources for TMZ, police were getting calls around 10pm on Sunday night for a car stopped in traffic on the 405 freeway near Inglewood.

They claim that when officers had arrived to the scene, they found the actress behind-the-wheel of a Mercedes-Benz while pulled off to the right shoulder.

The law enforcement source claims that Somerville had told police that she had just ran out of gas but cops said that she reeked of booze – She was then given a field sobriety test which she ended up failing. 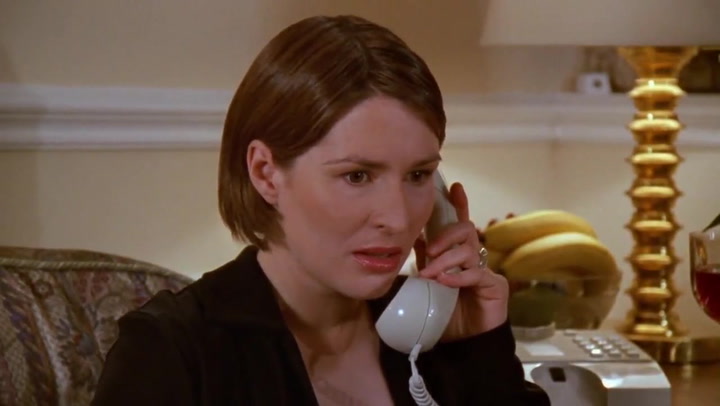 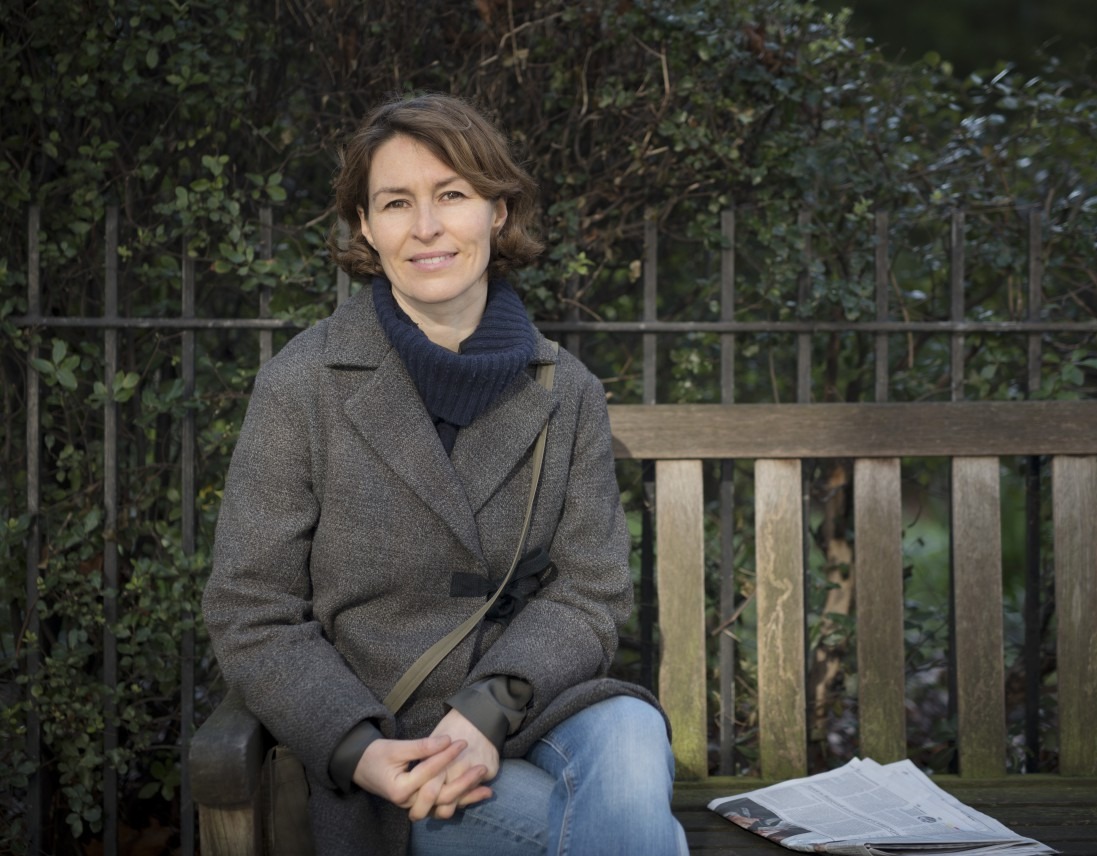 The 51-year-old looks completely unrecognisable since appearing on Friends

Among the long list of beautiful women he met was Emily – portrayed by Helen Baxendale – who appeared as his girlfriend, wife and ex-wife.

Ross’ doomed second wedding to the Brit became one of the most gag-worthy moments in sitcom history.

Emily was cemented as the scorned bride back in 1998 when Ross said the wrong name at the altar – calling her Rachel in front of everyone.

It was a gut-punching moment and, naturally, marked the beginning of the end of Emily’s time on the show.

Baxendale, now 51, has since appeared in a wide number of movies and TV shows – and she looks completely different these days.

The mother-of-three is probably best known for her role as Rachel in Cold Feet from 1997 until 2003, alongside fellow star James Nesbitt.

When the ITV favourite returned in 2016, the actress revealed that she had been approached to be in the new series – despite her character’s death.

She told The Sun: “They’ve been so lovely and said, ‘Look, we really would want you in it’ – but I don’t know how they would do that.

In one of Helen’s longest roles from 2012 to 2019, she starred in BBC sitcom Cuckoo where she played Lorna, the mother-in-law of Dale ‘Cuckoo’ Ashbrick.

Just last year, the 51-year-old also featured in a cast including rap star Stormzy, portraying a housekeeper in Noughts and Crosses. 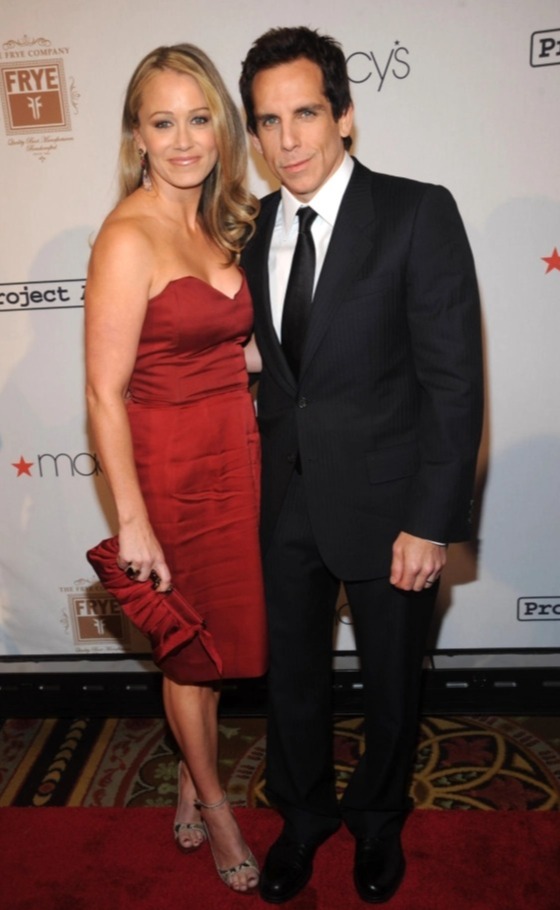 Bonnie played the free-spirited friend of Phoebe Buffay who dates Ross Geller during three episodes at the end of season three.

During a trip Bonnie ends up shaving her head following Rachel’s advice – Ross later ends things with Bonnie when he realises he still has feelings for Rachel.

Bonnie may not have found love – but actress Christine bagged herself a Hollywood superstar in the shape of Ben Stiller.

For years, Ben and Christine were couple goals, until they announced their split in 2017 after 17 years of marriage and 18 years together.

However in 2019 the pair reunited and are reportedly back together. The Hollywood couple share

In 2019, a source told Closer Weekly that the couple, said that the couple had never stopped caring for each other and wanted to give their relationship “another shot.”

The source added, “[Ben Stiller] never got over her after the split nor was he interested in starting a relationship with anyone else whilst they were separated.”

She has also had guest starring roles on numerous television shows including Arrested Development, My Name Is Earl, and Seinfeld. She also featured in Zoolander, The Craft, and The Brady Bunch Movie. 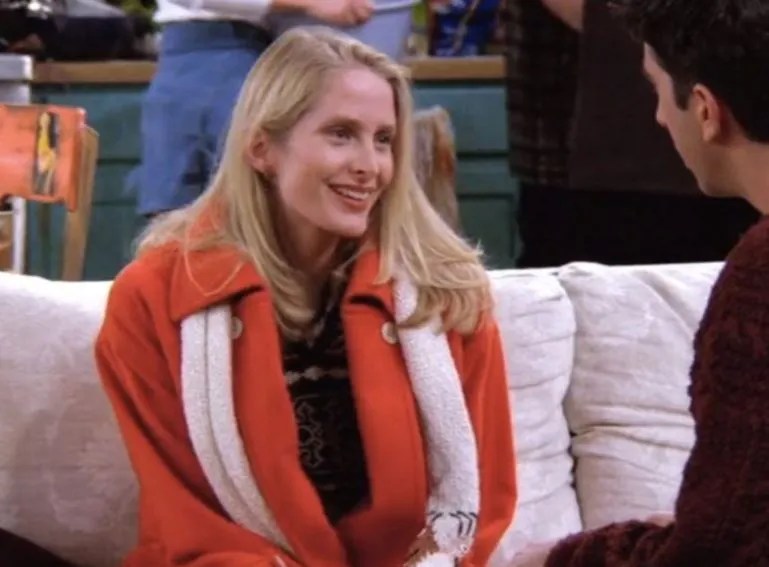 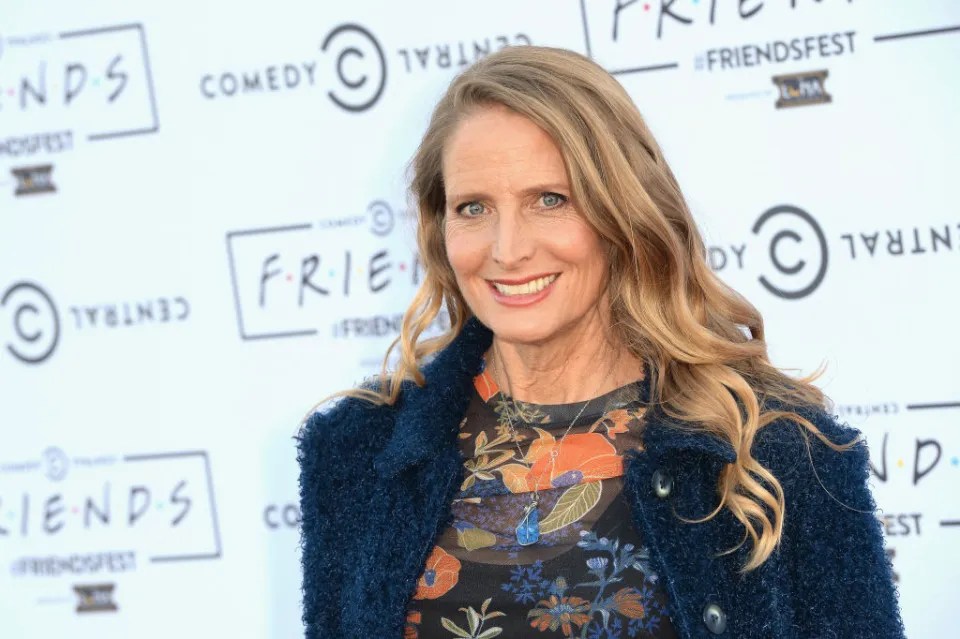 Actress Jane Sibbett opened up about her painful miscarriages

Viewers watched as Ross struggled to move on and begrudgingly allowed Susan to have a role in his son Ben’s life.

In one particularly touching episode Ross gave away Carol at her wedding to Susan, famously holding on to her for too long just before she said her vows.

She previously revealed that she first took on the role of Ross’s ex-wife just two days after giving birth to first son Kai.

The 59-year-old actress said that she had two miscarriages – both of which she lost while playing Carol on the hit TV show.

Speaking on Seen by Anita podcast said: “That was the hardest thing in my life when I lost children. I also attribute friends – literally – and Friends the show for pulling me out of the depression when I lost the first baby.”

Two years ago giving birth to her son Kai, she miscarried Ian and then lost Becca. She then gave birth to her daughter Violet in 2000.

The star has also become an advocate for survivors of sexual assault after sharing her own traumatic experience.

“Losing my first child was the most traumatic thing that happened to me, far above when I was kidnapped and went through a horrible rape and that was off-the-charts horrible.”

Jane’s other notable roles include Heddy Newman on the Fox series Herman’s Head and appeared in series 21 Jump Street and The Nanny.

In 1992, Jane married Karl Fink, a TV writer and producer who worked on the first two seasons of Herman’s Head but they divorced in January 2016. They have three children, Ruby, Kai, and Violet. 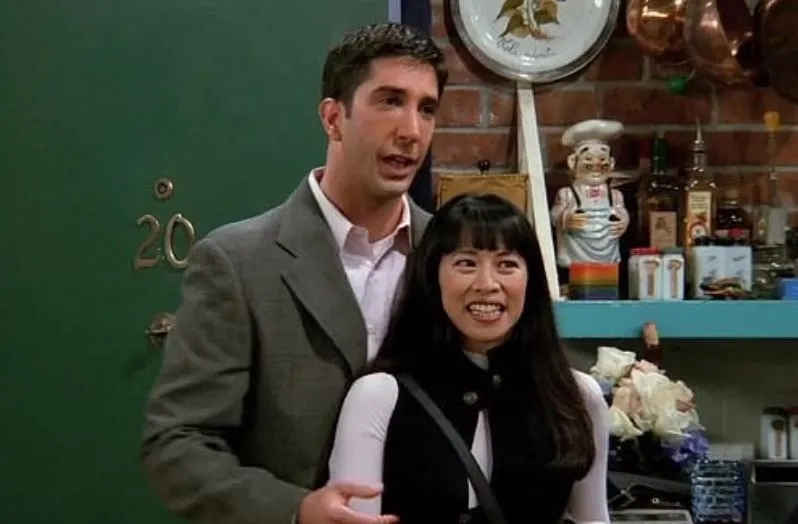 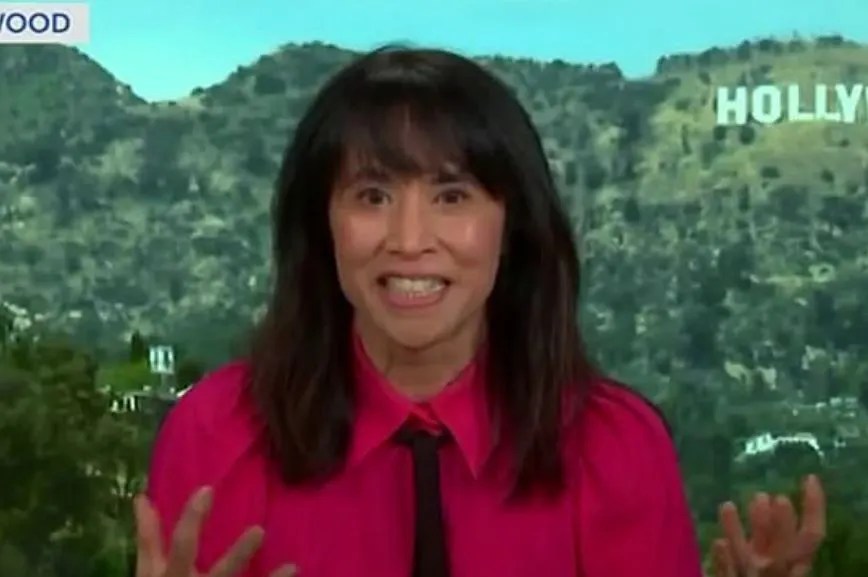 Fans will remember when Ross dated Julie before finding out about that Rachel had feelings for him in season two.

Actress Lauren Tom continued to land starring roles in a number of TV shows – including Lena St. Clair in The Joy Luck Club, Dot in the final season of Grace Under Fire, and the voices for Amy Wong in Futurama, Dana Tan in Batman Beyond, Jinx and Gizmo in Teen Titans.

She also had small roles in movies like Nothing Lasts Forever, Wall Street, See No Evil, Hear No Evil, and Blue Steel.

In 1982, Lauren married Glenn Lau-Kee but their marriage ended a year later. She then tied the knot with actor Curt Kaplan in 1999 and they share two sons.