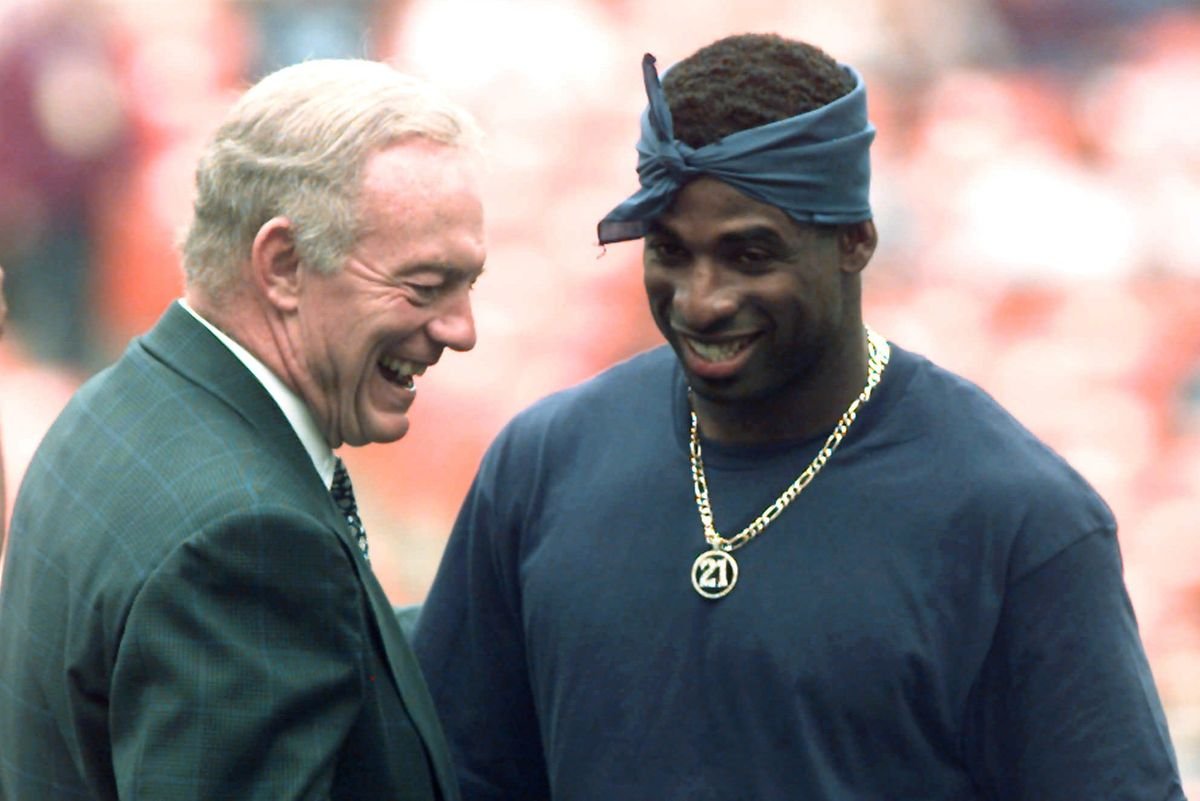 The year 1996 was very special for the NFL great Deion Sanders. He had not only won his second consecutive Super Bowl that year but also made an impression in the Sun Devil Stadium in Arizona. Prime Time was an integral part of the Dallas Cowboys, and he did more than enough to impress the very diplomatic Jerry Jones.

Cornerback Deion Sanders was a major acquisition for the Dallas Cowboys in 1995 as he won a Super Bowl with the Niners that year. And he did not come short of scoring a title with his new franchise as well.

However, before the Cowboys hoisted the Lombardi Trophy against the Pittsburgh Steelers, Sanders had a pretty influential moment with the Cowboys’ owner, when he went to Jones’ house for some extra Super Bowl tickets.

“I went to his suite to ask for more tickets,” Sanders said. “Jerry always comes through, you gotta understand. But when he opened the door, he had on shorts. He was not ‘Mr. Jones’. He was not the owner. He was Jerry Jones: the grandfather, the father, the husband. The kids were running around the room.”

“I loved it, seeing him a whole different light,” he added. The Cowboys owner gave Sanders those extra tickets, but the CB was more enthralled with the homely side of Jerry Jones. “That is what I remember most. I knew, I could go to him and he would be there for me.”

Prime Time went on to play four more seasons with the Cowboys. During that time he consecutively made four Pro Bowls (1996-1999).

Watch This Story: 5 Deion Sanders Twitter Quotes That You Should Apply In Life Right Away

Ruben Randall - November 29, 2022 0
Money
Kurt Russell is an American actor best known for his roles in The Hateful Eight, Escape from L.A., and Executive Decision. Having started in...