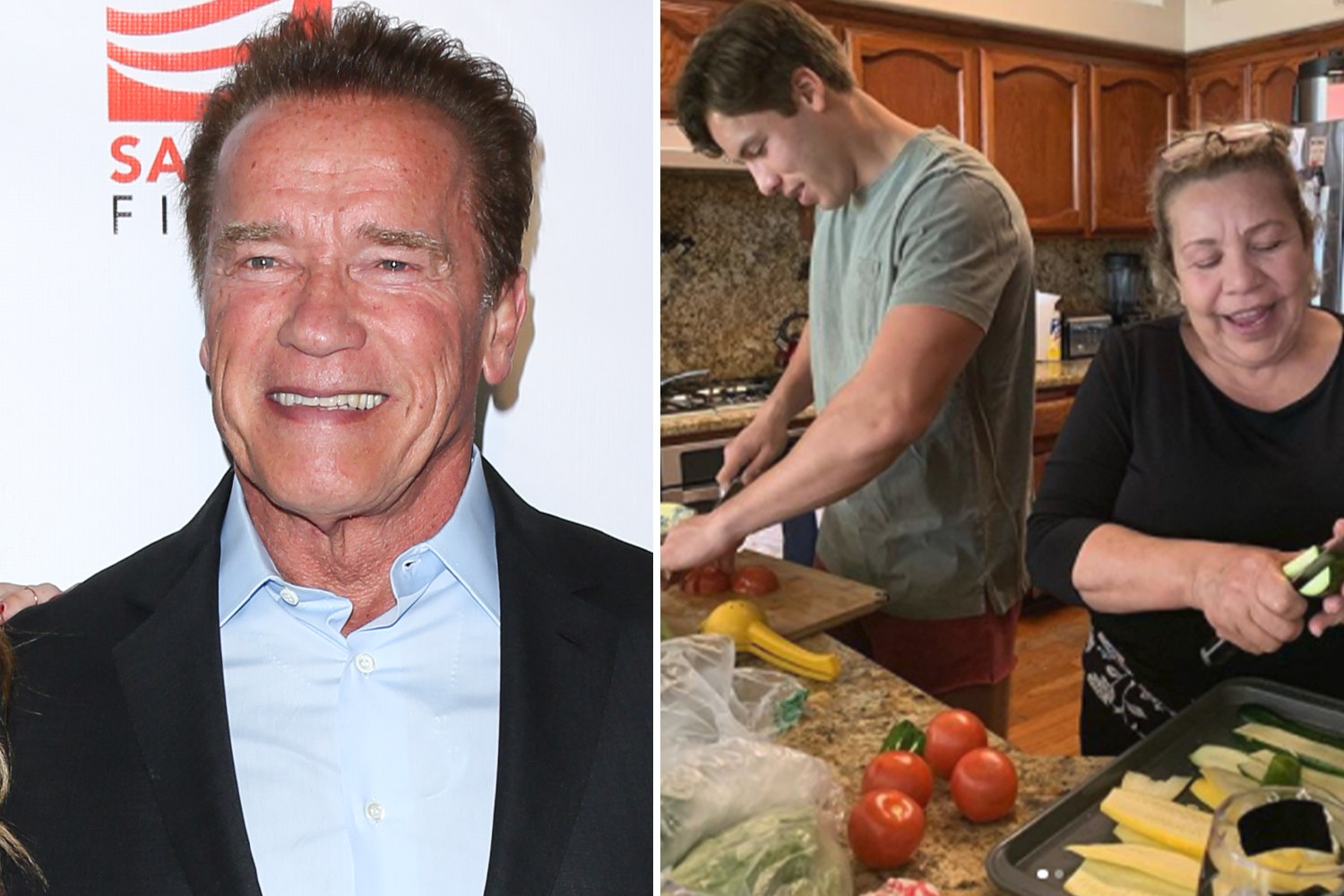 TERMINATOR Arnold Schwarzenegger had an affair with Mildred Baena nearly 23 years ago.

The affair brought them a son, Joseph Baena who was born days after Arnold’s son Christopher was born.

The actor had an affair with his housekeeper back in 1996Credit: Getty Images

When did Arnold Schwarzenegger have an affair with his housekeeper Mildred Baena?

It allegedly happened while the family was on vacation and the actor had stayed behind as he was shooting a movie.

Arnold, at first, was convinced that Mildred’s husband was the father of the child but quickly realized that Joseph was starting to resemble him.

Mildred worked for the family for nearly 20 years before retiring in 2011.

Eventually, she retired and told the LA Times that she received a severance payment and “left on good terms with them.”

The affair was kept on the low until 2011 when the Los Angeles Times uncovered the story.

Joseph’s identity was kept private until about 10 years ago when Arnold decided to address the affair rumors surrounding his marriage.

When did Maria Shriver find out?

Arnold’s wife, Maria was suspicious about the child and confronted Arnold in a therapy session the two had.

“The minute we sat down, the therapist turned to me and said, ‘Maria wanted to come here today and to ask about a child — whether you fathered a child with your housekeeper Mildred,’” said Arnold in his book Total Recall: My Unbelievably True Life Story.

See also  Chris Bosh Wife: Who is Adrienne Williams Bosh? How Many Kids? 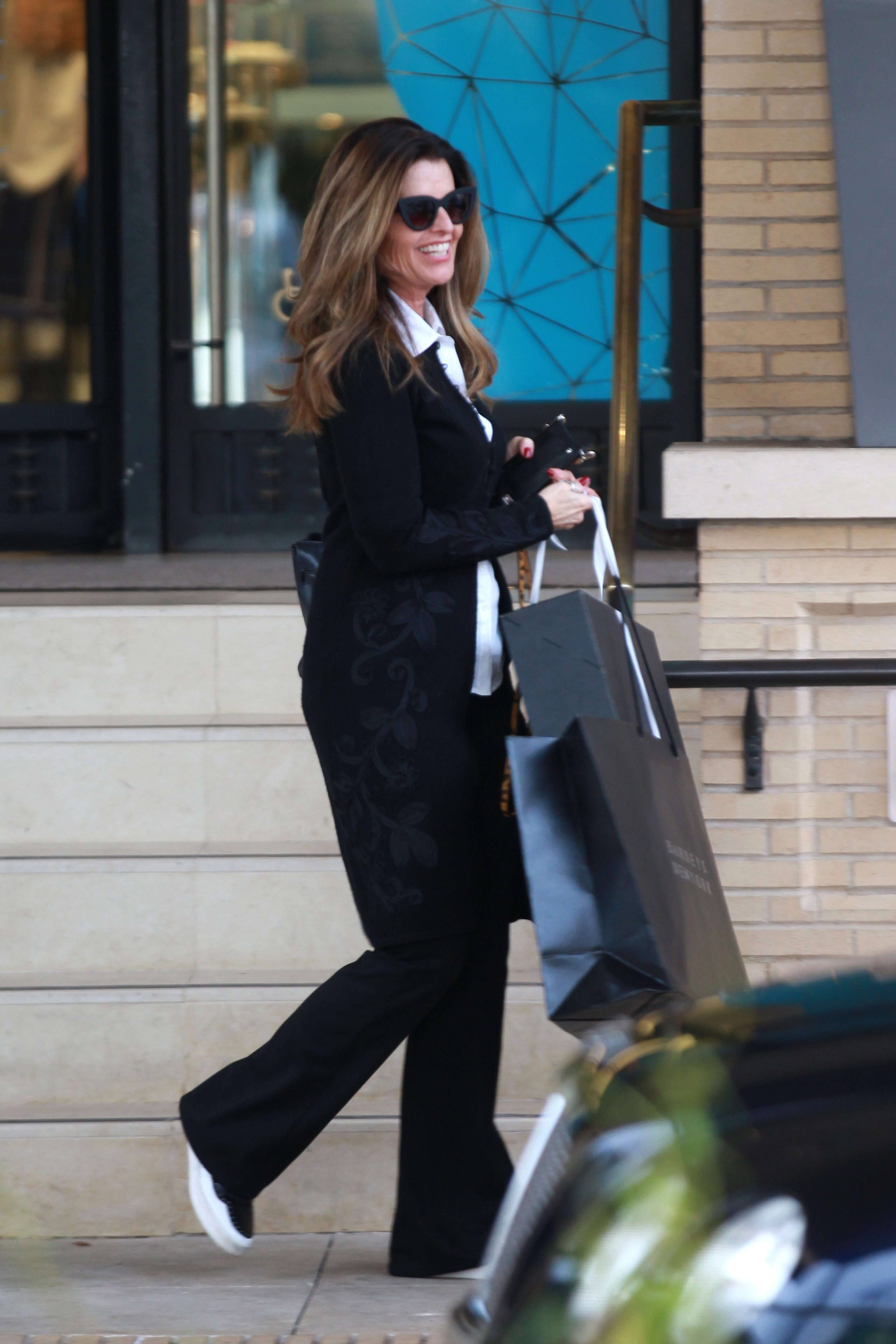 Maria Shriver divorced Arnold in 2011, many believing because of the infidelityCredit: Splash News

Arnold also issued an apology to his wife and children when the news broke out saying that he was “truly sorry” for what had happened with Mildred.

Arnold and Maria divorced in 2011, with many believing that the cause of the split was the infidelity.

After the separation was finalized, Maria thanked her supporters on Twitter saying: “Thank you all for the kindness, support, and compassion. I am humbled by the love.”

On December 28, 2021, Arnold and Maria’s divorce was finalized ten years after the proceedings began.

According to the outlet, the divorce took so long for a multitude of reasons.

They cited a lack of motivation and complications related to property settlement agreements as the key factors.

Arnold and Maria have both moved on since their decision to go their separate ways.

Arnold reportedly knew that Joseph was his child and was financially supporting him without Maria knowing.

Eventually, he began reconnecting with Joseph and spending more time with him.

The two reportedly lift weights together and have been spotted out and about grabbing food in California. 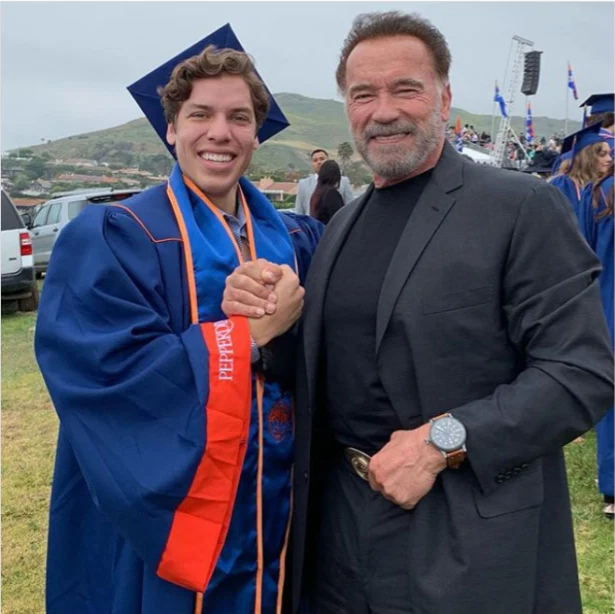 Joseph and his dad are close, with Arnold supporting him and celebrating his milestones Credit: Instagram

The pair have been spotted out and about in CaliforniaCredit: 2020 Bauer-Griffin

The actor paid an Instagram tribute to his son on his birthday, October 2 saying: “Happy birthday @projoe2! I love watching your progress with your training, your work, and in every part of your life,” the proud father wrote on Instagram alongside a photoshopped photo of Baena.

“I can’t wait to see what’s coming next. I love you!” Arnold added. 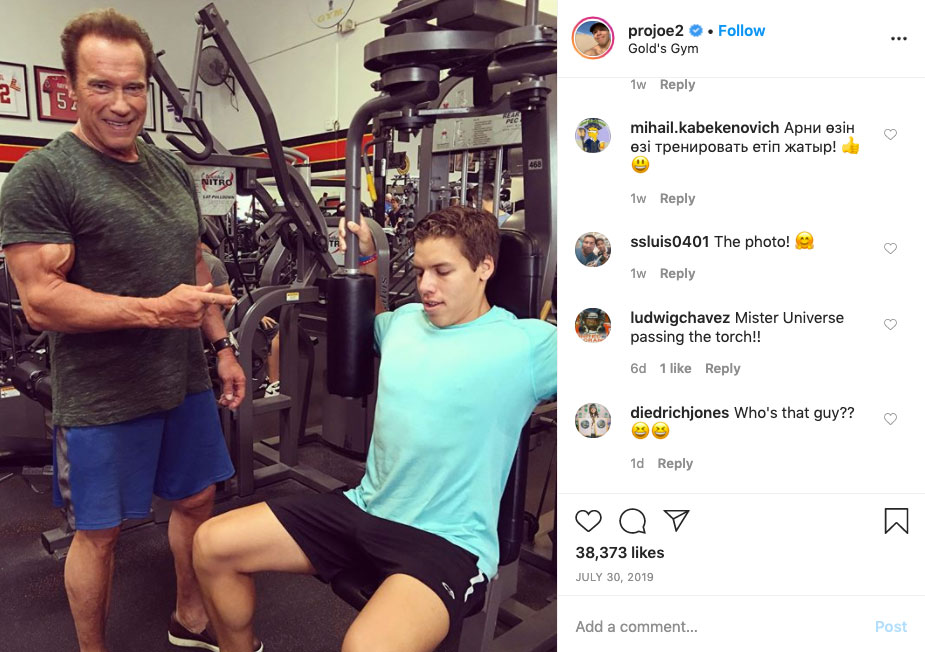 The reportedly enjoy lifting weights together at the gymCredit: Refer to Caption 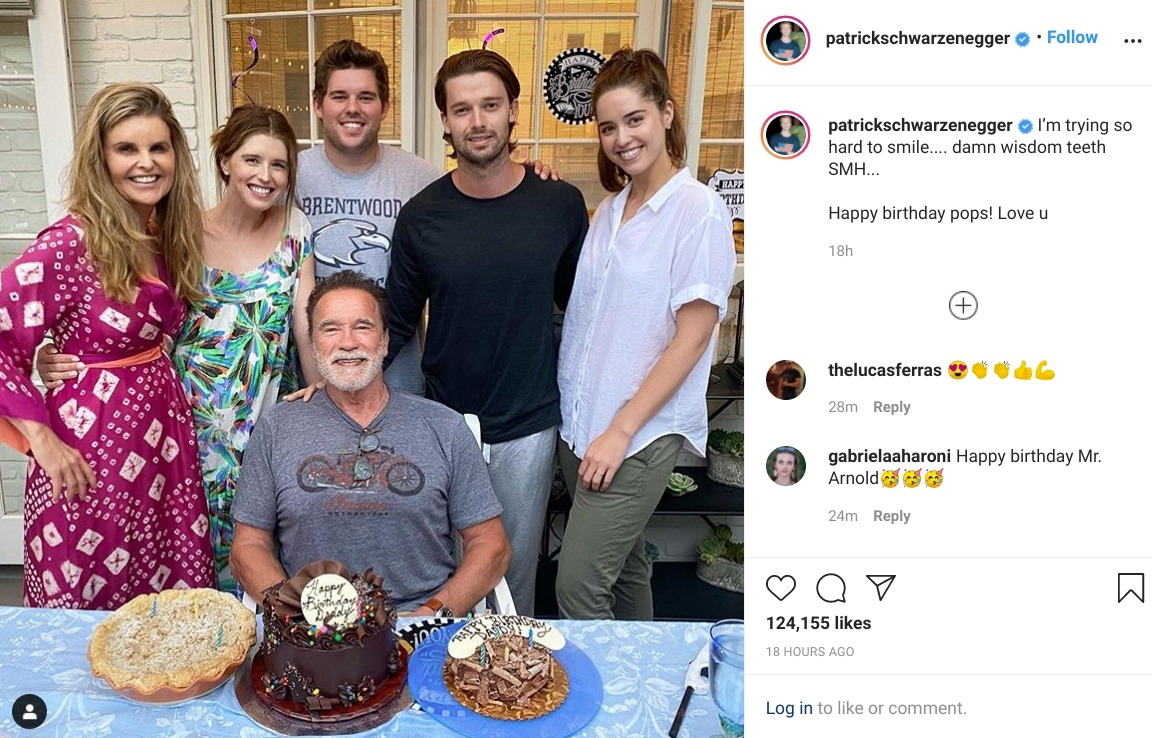 How many kids does Diddy have?

Ruben Randall - April 20, 2022 0
Actor
Naomie Harris shines in a lime green dress while arriving at the premiere of The Man Who Fell To Earth held at Museum...