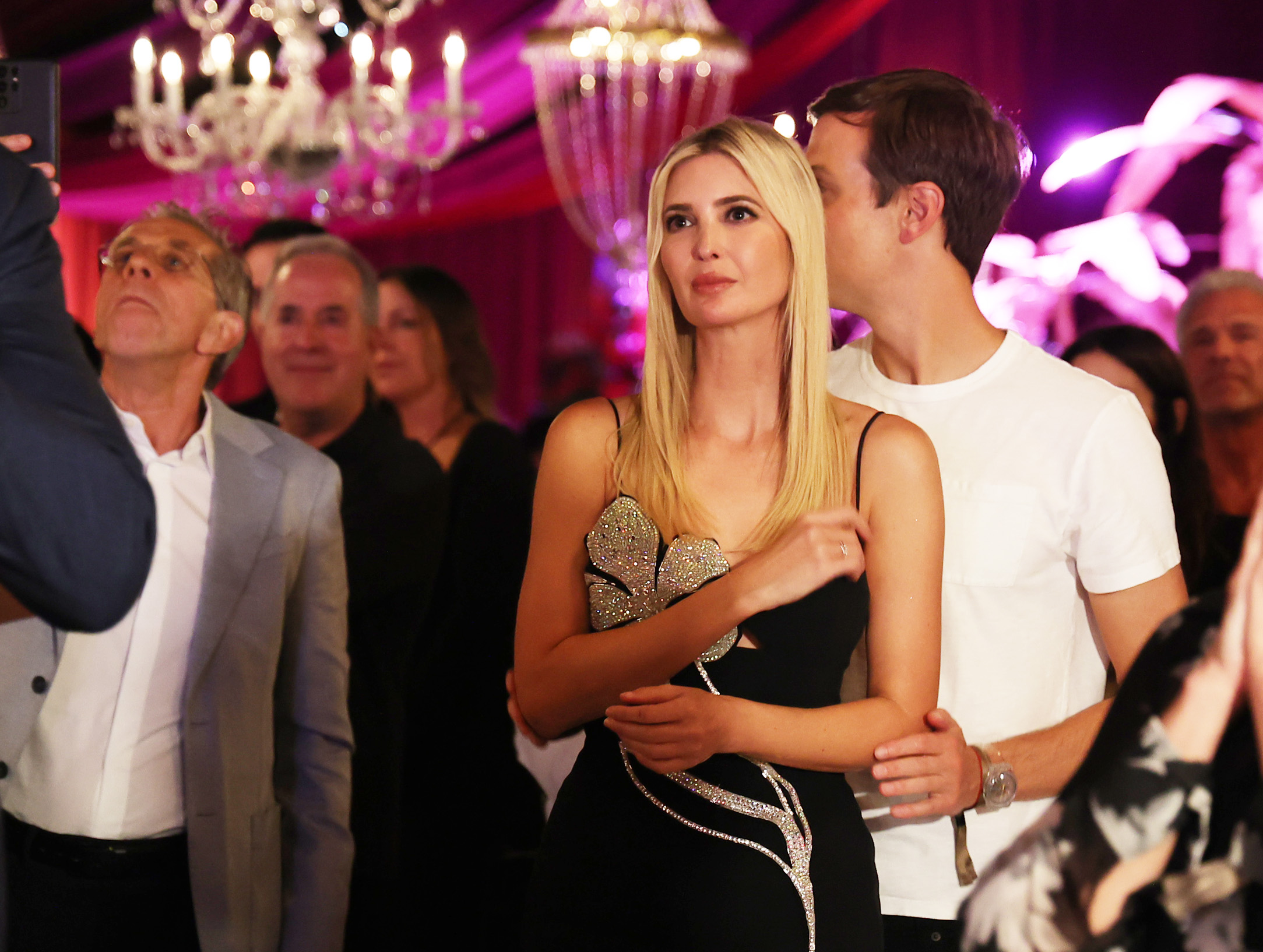 Ivanka Trump has been keeping a low profile since her father, Donald Trump, left the White House in 2021.

The 41-year-old served as senior adviser during her father’s term in the White House along with her husband, Jared Kushner.

Ivanka Trump focused on education and the economic empowerment of women and families during the four-year term.

As early as 2019, Ivanka Trump indicated that she had had enough of politics and life in Washington D.C.

She told CBS that even if her father did win re-election she was “driven first and foremost by my kids and their happiness.”

Let’s take a look at what she has been up to since her father lost the 2020 election.

Ivanka Trump and Kushner left Washington D.C. and moved to Florida, where they are renovating a $24 million home they bought on the exclusive Indian Creek island.

She has been spotted at a few public events over the past year, notably the funeral for her mother, Ivana, in September and sister Tiffany’s wedding at Mar-a-Lago in early November.

The family recently took a holiday to Egypt to check out the Pyramids of Giza and later jetted to Qatar to rub shoulders with the country’s elite as they watched multiple matches during the FIFA World Cup.

Is Ivanka Trump Against Her Father?

Even though she worked as a senior adviser during her father’s time as president, she’s putting politics behind her.

Both Ivanka Trump and Kushner have decided not to publicly support Donald Trump in his 2024 presidential campaign, though nor have they spoken out against it.

In a statement released to CNN, Ivanka Trump said, “I love my father very much. This time around, I am choosing to prioritize my young children and the private life we are creating as a family.

“I do not plan to be involved in politics. While I will always love and support my father, going forward I will do so outside of the political arena.”

She added: “I am grateful to have had the honor of serving the American people and I will always be proud of many of our Administration’s accomplishments.”

While Ivanka Trump had a number of relationships in college, it is not believed she had been married until tying the knot with Kushner in 2009.

The couple did, however, break up temporarily in 2008 after they started dating in 2007.

Kushner said he decided to break up with her over their different religions. Ivanka Trump was a Presbyterian Christian and Kushner is Modern Orthodox Jewish.

“When I realized that I was falling in love with Ivanka, I grew concerned about our different religions. As hard and painful as it was, I broke up with her,” he wrote in his 2022 memoir, Breaking History: A White House Memoir.

The pair eventually reconciled and Ivanka Trump indicated she was willing to convert to Judaism so they could marry.

Who Is the Husband of Ivanka Trump?

Property magnate Kushner, 41, was born in New Jersey and studied at Harvard where he graduated with a degree in government. He also obtained a dual MBA and law degree from New York University in 2007.

Kushner took over the family business while his father was serving time in Alabama.

He decided to branch out into the media world and in 2006 bought the New York Observer for $10 million, owning it for five years.

In the same year, Kushner bought the 41-story 666 Fifth Avenue building for $1.8 billion, the highest price paid ever for a New York building.

He would go on to become CEO of Kushner Companies, but eventually would throw himself behind his father-in-law’s presidential campaign.

Kushner served as senior adviser to President Trump and was in charge of White House Office of American Innovation. He also served as a Middle East adviser, brokering talks in the Middle East peace process which led to the signing of the Abraham Accords.

Is Ivanka Trump Being Sued?

New York Attorney General Letitia James has brought a lawsuit against former President Trump and his children Donald Jr., Eric and Ivanka. His youngest daughter Tiffany was not included in the lawsuit.

The lawsuit accuses the former president and the Trump Organization of “knowingly and intentionally” filing false and misleading valuations of multiple properties and assets to inflate his net worth and obtain better loans.

James has said she wants to ban the Trump Organization from operating commercially or requesting loans in New York State.

James has also called for the repayment of the money from alleged fraudulent practices and to remove all of the Trumps their current roles at the Trump Organization. The lawsuit also calls to ban them from future leadership roles in New York.

She wants to bar the four Trumps from serving as officers or directors in any New York corporation or similar business entity registered and/or licensed in New York State.

James also said she wants the outcome of the lawsuit to prevent the former president and the Trump Organization from entering into any New York real estate acquisitions for five years.

Where Does Ivanka Trump Live in FL?

Ivanka Trump is currently living in three-story apartment with her family in Florida as their new home undergoes remodelling.

Located about 1.5 hours south of her dad’s Mar-a-Lago property on Palm Beach, the Spanish-style mansion features six bedrooms, on a 1.3-acre plot, according to Vanity Fair.

The exclusive island is known as ‘Billionaire’s Bunker,’ has its own private police force and boasts Beyonce and Jay-Z as previous inhabitants.

It is located near Miami Beach and is only accessible by boat or guarded bridge.

Was Ivanka Trump at the Jan 6 Rally?

Riots in Washington D.C. saw Donald Trump supporters attacking the Capitol on January 6, 2021, over the belief the 2020 presidential election results were fraudulent.

Ivanka Trump gave video testimony at the January 6 Committee hearing on June 9 and said she accepted what Attorney General William Barr had said—that there was no widespread fraud in the 2020 election.

She also told the hearing she had been in and out of the Oval Office on January 6 and had also heard her father speaking to Vice President Mike Pence and calling him a “wimp.”

Ivanka Trump admitted to the committee that the conversation got “heated” when Pence refused to reject Electoral College votes which would formalize his rival Joe Biden‘s win.

She also told the committee she did not attend the ‘Stop the Steal’ rally where former President Trump called on his supporters to “fight like hell” as Congress gathered to certify the 2020 election results.

Ivanka Trump’s former chief of staff, Julie Radford, testified that she did in fact attend in the hopes of “she might be able to help calm the situation down, at least before he went on to stage.”

According to other reports she joined joined brother Donald Trump Jr., Rudy Giuliani and Kimberly Guilfoyle under a large tent at the rally to listen to Donald Trump’s speech.

She reportedly told aides she “decided to attend only because she had hoped to calm the president and help keep the event on an even keel.”