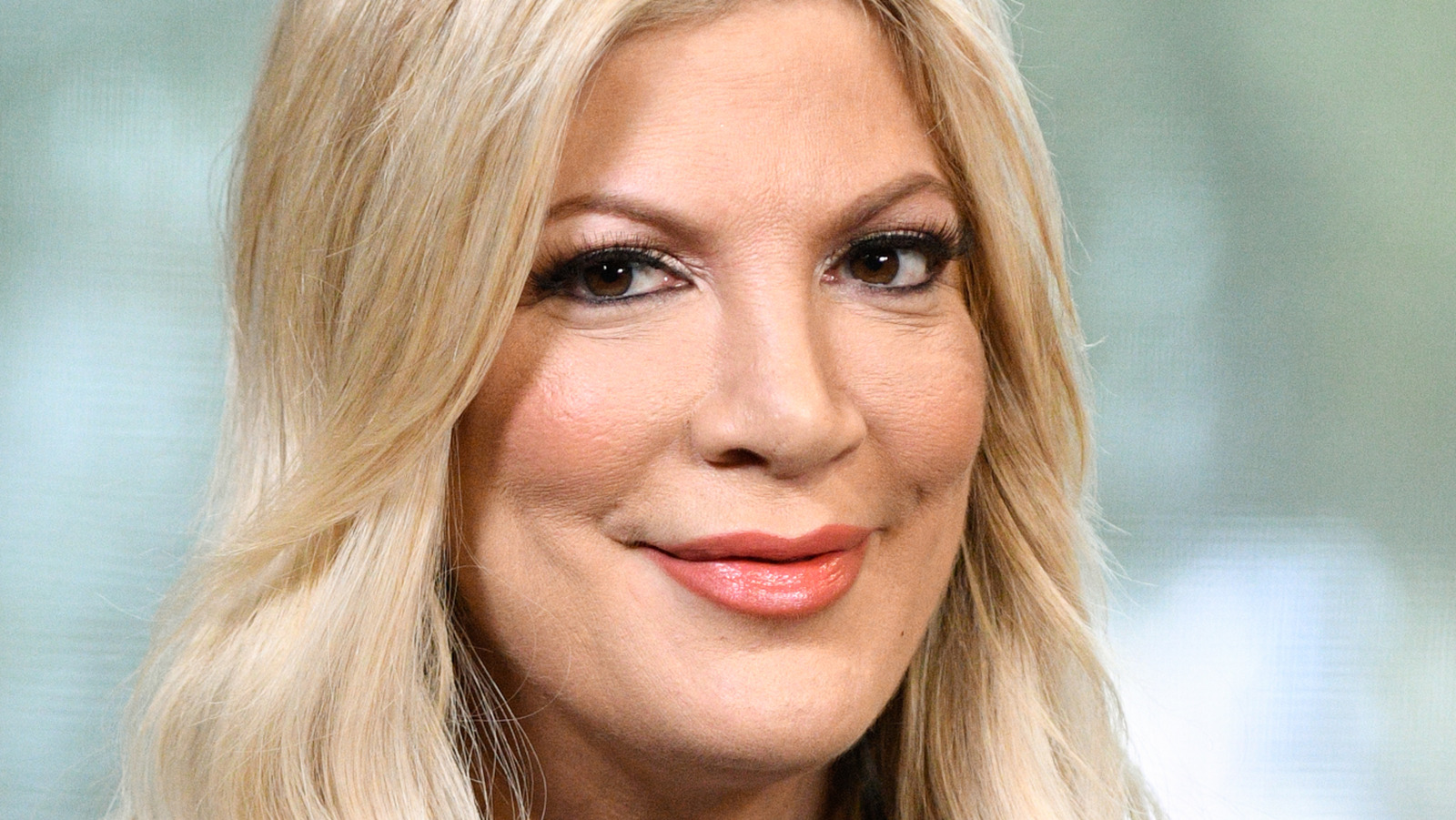 To say that Tori Spelling’s childhood was atypical is an understatement as large as her parents’ famous mansion, nicknamed the Manor. Given that her dad Aaron Spelling produced some of television’s hottest hits, his custom-built abode was far from modest. Boasting 123 rooms and more than 56,500 square feet of living space (bigger than the White House), the Manor holds the distinction of being the largest home in Los Angeles, with amenities ranging from a bowling alley to an ice rink.

By the time the home was finally complete, Spelling was 17. As a result, she only wound up living there for two years before moving out on her own. Chatting with cohost Jennie Garth on their “90210MG” podcast, as reported by People, Spelling admitted she “never saw every room” in the house while living there. “You know me, I get exhausted very easily,” she explained. “Walking that house, just, phew. Just taking that elevator up to the second floor was like too much to handle.”

While Spelling conceded the home was “fancy,” she said it “didn’t feel homey.” In fact, she recalled that she and her family spent most of their time in the kitchen, their bedrooms, or their mother’s office. “I just remember feeling like … ‘This is crazy,'” she said of living in the enormous mansion.

Despite $285 Million Net Worth & Garage Full of Luxury Sports...

Ruben Randall - October 27, 2022 0
Money
With 7 world championship titles to his name, Lewis Hamilton is one of the most successful drivers in Formula 1. One would think being...

Miley Cyrus Is The Latest To Be Sued By Photographer For...