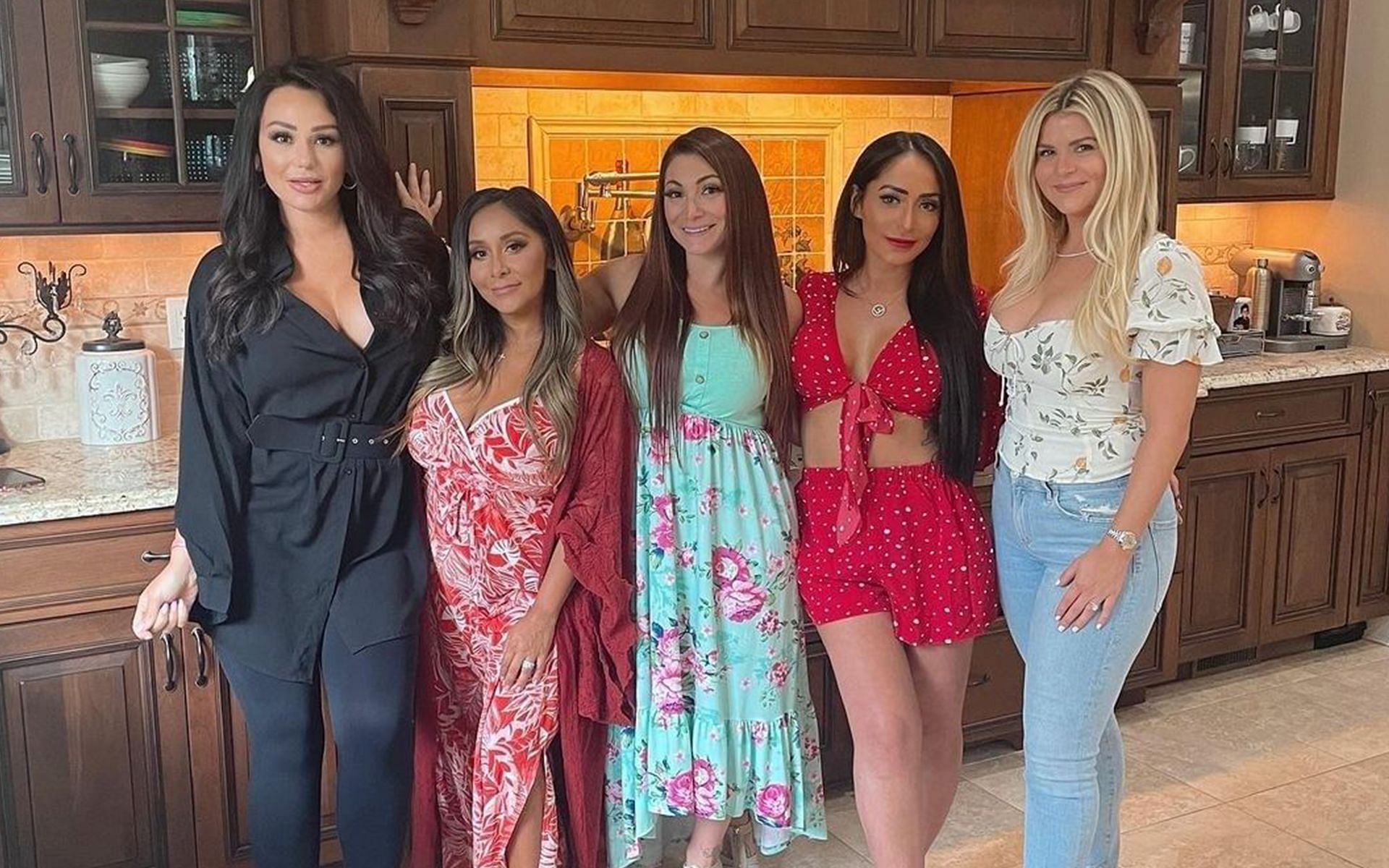 Jersey Shore Family Vacation Season 5 will return with episode 13 on June 23, 2022, at 08.00 pm ET/PT on MTV. The show will pick up from where Part 1 of the reality series ended in March.

“The world is finally open again and the squad is free to roam — from El Paso for an old-fashioned roommates-only trip to watch DJ Pauly D spin, to San Diego for a full-on family vacation. But buckle up, because where this group goes, drama follows. Angelina’s marriage inches past the point of no return, and it’s time to settle some old scores that will have the whole family at odds.”

Part 2 of MTV’s Jersey Shore Family Vacation Season 5 will air on Thursday with even more drama and relationship issues between the couples. The official synopsis of Episode 13, titled Livin’ La Vida Loca, reads:

“Mike learns that blondes have more fun, Pauly takes over Madison Square Garden, and the group chat is lit when pictures surface of Angelina in Mexico with a man who’s not her husband.”

In the upcoming episodes, Jenni ‘JWoww’ Farley and Zack ’24’ Carpinello will speak about their wedding plans after getting engaged in February 2021 atop the Empire State Building.

Meanwhile, viewers will get to see more of Chris and Angelina’s marital issues as well as the couple’s separation. The two are now in the middle of a legal battle after filing for divorce during the airing of the first part of the reality show’s season earlier this year.

See also  Steve Martin, Martin Short and Selena Gomez Return for 'Only Murders in the Building'

Speaking about the show, Pauly D told Distractify that viewers can expect a lot more drama in the second part of the season. He said:

“For some reason. I don’t know why, [in] this family we have so much drama when we get together, and you’ll see a lot of that this season.”

Interestingly, fans may even see the return of Ronnie at “the end of season 5.” Ronnie Ortiz-Magro will no longer appear on the show as he temporarily quit the series to focus on his mental health. Other cast members appearing in the second part of Season 5 include:

While the first part of the show was filmed in Florida, the cast flew to Las Vegas and the Poconos for the second part of the season. Shedding more details about the filming locations, Pauly D told Distractify in an exclusive interview:

“We did a couple of trips. We did one in El Paso, Texas. I had a gig out there, so we just made a few days out of it, made a little vacation … We got to do some Texas things [like] line dancing. We got the full Texas experience, I guess you could say, out there, and then we just wrapped in San Diego.”

With regards to the crew’s activities in San Diego, Pauly stated:

“And [when the rest of the cast] brought their families, we did family days and pretty much everything that San Diego has to offer.”

Tune in on Thursday at 08.00 pm ET/PT to watch all-new episodes with family drama on Jersey Shore Family Vacation.

Ruben Randall - June 3, 2022 0
TV/Movies
Placeholder while article actions loadPayton Gendron, who was indicted by a grand jury for killing 10 people May 14 at a Tops Friendly Markets...