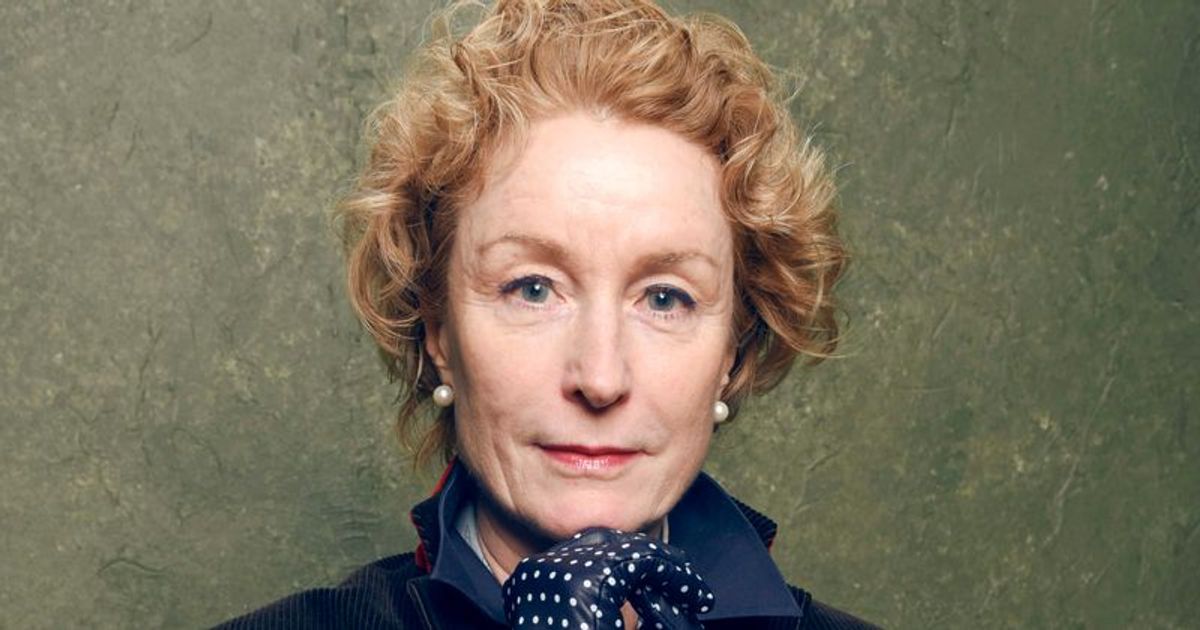 Lisa Banes’ acting career spanned for more than four decades before she died at the age of 65, last year on June 14, because of a hit-and-run scooter accident that left her with brain injury. However, the audience got to witness her again on the screen as the episode of ‘The Orville: New Horizons’, titled ‘Gently Falling Rain,’ started with a dedication to Banes, who played Speria Balask, the Xelayan member of the Union delegation, in the series which was originally aired on Fox, but now is on Hulu.

The beginning of the episode read, ‘In Memory of Lisa Banes, 1955-2021,’ which was written in white against a dark, star-covered background. Seth MacFarlane and the entire crew made sure that the beloved actress was honored before the starting of the new episode of the third season. As per the reports, she will appear again in at least one more episode later on in the season of the show which is a live-action parody of and homage to ‘Star Trek: The Next Generation.’

What was Lisa Banes’ net worth? ‘Gone Girl’ star was among Ohio’s richest actors

How did Lisa Banes die? Actor, 65, was on way to meet wife Kathryn Kranhold

According to Memory Alpha, in 1994, Banes had a guest-starring role in the season three episode, ‘Equilibrium,’ of ‘Star Trek: Deep Space Nine’. She played a character named Dr Renhol and the site describes Dr Renhol as “Trill and a member of the Symbiosis Commission in the 24th Century.” The plot plays in the 2360s, when Jadzia Dax, played by Terry Farrell, was a Trill initiate for three years and Renhol was involved in her evaluation on the Commission campus.

Born in Cleveland, Ohio, the actress, who is survived by her wife, Kathryn Kranhold, started starring in the 1980s in many TV shows and Broadway stage plays. Her first acting debut was a character of mom that she played in 1984’s ‘The Hotel New Hampshire,’ starring Rob Lowe and Jodie Foster. She played Tom Cruise’s older love interest in the 1988 flick, ‘Cocktail.’ In the years since, her career has stayed active with roles on major TV shows such as ‘Nashville,’ ‘Masters Of Sex,’ ‘Royal Pains’, among others. However, she shot to fame for her role as Marybeth Elliott, the mother of Rosamund Pike’s character Amy Elliott in ‘Gone Girl’ in 2014. The movie found her character’s son-in-law, Ben Affleck’s Nick Dunne, become the prime suspect in the sudden disappearance of his wife, Amy.

The sudden death of Banes

The actress’ tragic death made many fans and celebrities to mourn. Including, the creator of ‘The Orville’, who offered praise and condolences in a Twitter post: “I am deeply saddened at the news of Lisa Banes’ passing. We had the good fortune to work with her on ‘The Orville’ this past year. Her stage presence, magnetism, skill and talent were matched only by her unwavering kindness and graciousness toward all of us. A tremendous loss…”

I am deeply saddened at the news of Lisa Banes’ passing. We had the good fortune to work with her on The Orville this past year. Her stage presence, magnetism, skill and talent were matched only by her unwavering kindness and graciousness toward all of us. A tremendous loss…

‘Often a Russian mother has a TV for a brain’: Ukraine YouTuber films PoWs...

Ruben Randall - October 17, 2022 0
Actress
Oldham’s Olivia Cooke has gone viral with a TikTok of her and House of the Dragon co-star Emma D’Arcy having a chat. ...