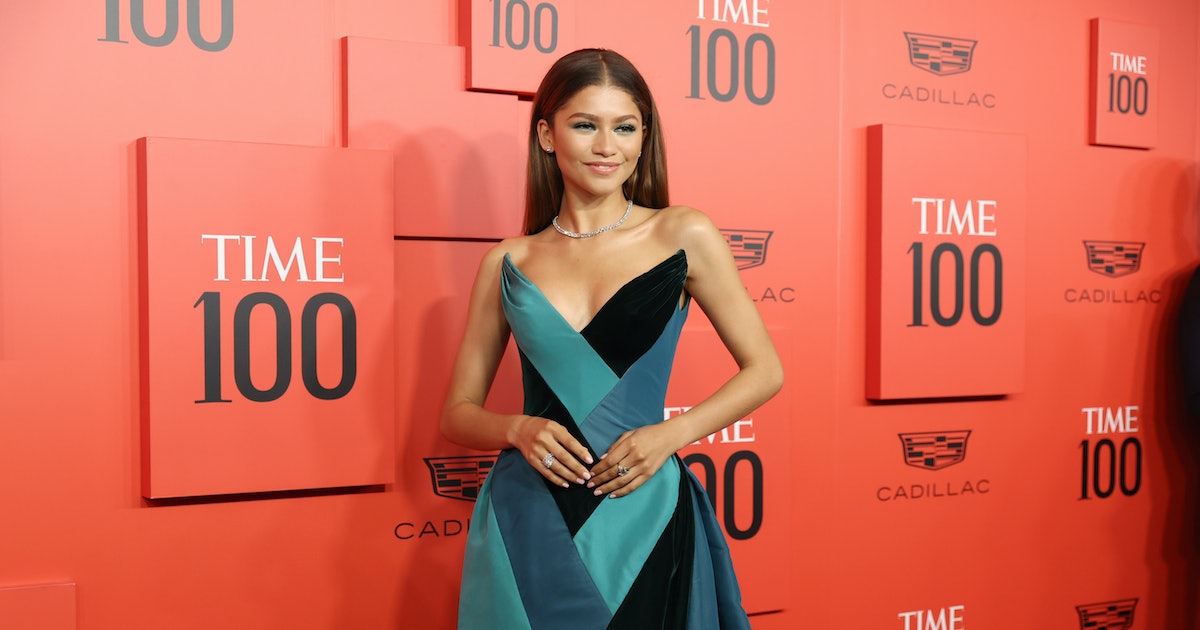 Zendaya has come a long way since her Disney Channel days, earning millions for her acting and producing, plus an Emmy Award for Euphoria. Though she began her career as a dancer and model for brands like Old Navy and Macy’s and catapulted to tween stardom in Disney Channel’s television show Shake It Up, it was her role as MJ in Spider-Man: Homecoming in 2016 that arguably made her a household name.

Her feature film debut led to roles in The Greatest Showman, subsequent Spider-Man sequels, and the 2021 adaptation of Dune. At the same time, she also was showcasing her talents on the small screen as Rue in HBO’s Euphoria, becoming the youngest person to win an Emmy for Outstanding Lead Actress in a Drama Series. With the series renewed for a third season and her nominated for three 2022 Emmy awards (including Lead Actress in a Drama Series), here’s a breakdown of Zendaya’s net worth.

After spending years on TV, Zendaya jumped into the movie world headfirst with Spider-Man: Homecoming, becoming the MJ to Tom Holland’s Spider-Man. While her salary for the first two films she appeared in isn’t publicly available, it’s estimated that her base salary for the 2021 blockbuster Spider-Man: No Way Home was $2 million. With bonuses paid after it became a smash at the box office, she may have pocketed another $10 million.

For her small role in the 2022 Oscar winner Dune, Zendaya was reportedly paid $300,000 for her 7 minutes of screen time, according to Yahoo. She has also appeared in fellow box office giant The Greatest Showman, streaming indie Malcolm & Marie (which she also produced), and lent her voice to animated films like Duck Duck Goose, Smallfoot, and Space Jam: A New Legacy.

She’ll also be returning as Chani for the second Dune installment, which is slated to premiere in 2023; director Denis Villeneuve told Variety that her role in that film will be more prominent.

Zendaya got her start on TV, spending years appearing in Disney Channel shows and movies. Her big break came on the popular program Shake It Up, which may have netted her $140,000, potentially across three seasons, though Parade estimates that’s actually a per-season sum. EntityMag also estimates what the actor and singer was paid for shows like PrankStars ($126,000) and K.C. Undercover ($200,000 per season) as well as made-for-TV films such as Frenemies ($284,000) and Zapped ($162,000).

Outside of Disney, a 16-year-old Zendaya competed on the sixteenth season of Dancing with the Stars. She came in second place behind champion Kellie Pickler, and considering how long she lasted on the series, she may have earned somewhere between $125,000 and just under $300,000.

Zendaya’s career experienced a boom when she signed on to star in Euphoria, which has become a critical and commercial success. In fact, it has become HBO’s second-most watched show in nearly two decades, behind only Game of Thrones. What the Emmy winner takes home per episode, or even per season, hasn’t been confirmed by the network, but Parade estimates it’s at least $50,000 per episode, based on the fact that her co-star Sydney Sweeney scores approximately $26,000 per episode. Each episode reportedly costs $11 million to make, and seeing as how Zendaya’s net worth was pegged at just $5 million before the program premiered, it appears to have had a significant impact on her earnings.

Early in her career, Zendaya followed in the path of fellow Disney stars like Demi Lovato and Miley Cyrus by balancing careers in TV and music at the same time, though she didn’t continue to focus on music like those who came before her. After appearing on a number of singles tied to programs and one-off compilations, she officially launched her music career with “Replay,” the lead single from her only album, 2013’s eponymous Zendaya.

So far, Zendaya has reached the Billboard 200 albums chart with Zendaya, which peaked at No. 51. She has appeared on the Hot 100 songs ranking with half a dozen tunes, including “Replay,” which remains her only Top 40 hit. According to the RIAA, she has moved 3.5 million singles in the US alone. She has more than 20 million monthly listeners on Spotify, with a number of tracks that have accrued more than 100 million plays. However, she is only credited as a songwriter on a few releases, meaning the amount she’s collecting in royalties from streaming platforms may be limited.

In addition to her own musical output, Zendaya has recorded and released music for several of her film and TV projects. She scored a chart win with her Zac Efron duet “Rewrite the Stars” from The Greatest Showman, which reached the Hot 100, while the soundtrack album it’s featured on went right to No. 1. She has also shared songs from Euphoria, such as “I’m Tired,” with the show’s composer Labrinth and “Elliot’s Song” with co-star Dominic Fike.

As a businesswoman, Zendaya has leveraged her talents and fame to launch a book and a few fashion ventures. In 2013, she released Between You and Me: How to Rock Your Tween Years, her first (and so far only) effort as an author. What money she made from her writing was never revealed.

In 2015, she officially broke into the clothing industry with her semi-self-titled shoe line Daya, which featured products with price tags that ranged from $79 to $175. The following year, the brand expanded into clothing, producing more than one line. The company eventually shuttered, but it did show she had an interest in fashion.

Throughout the decade-plus since she first appeared on the Disney Channel, Zendaya has signed on to appear in ads and commercials for a number of companies, though what she was paid to lend her famous face and name to their products was never shared. She has starred in campaigns for Bulgari, Carmex, Chi Hair Care, CoverGirl, Lancôme, Madonna’s Material Girl clothing line, Tommy Hilfiger (Zendaya also designed several capsule collections for the brand), Squarespace (ICYMI, she starred in their 2022 Super Bowl commercial), Valentino, and X-Out.

What Is Zendaya’s Net Worth?

After more than a decade of filming TV shows and movies, appearing in quite a few ads, and even proving her talents in the music industry, Zendaya is worth a reported $20 million, according to Celebrity Net Worth. With Euphoria renewed for Season 3 and the sequel for Dune in the works, there’s no sign of the 2022 Emmy nominee slowing down.

Ruben Randall - September 12, 2022 0
Actor
The world was shocked to learn about Arnold Schwarzenegger and Maria Shriver’s divorce, which caused the family to split. It later became more...

Seahawks surging, put clamps down in dominant win over Giants