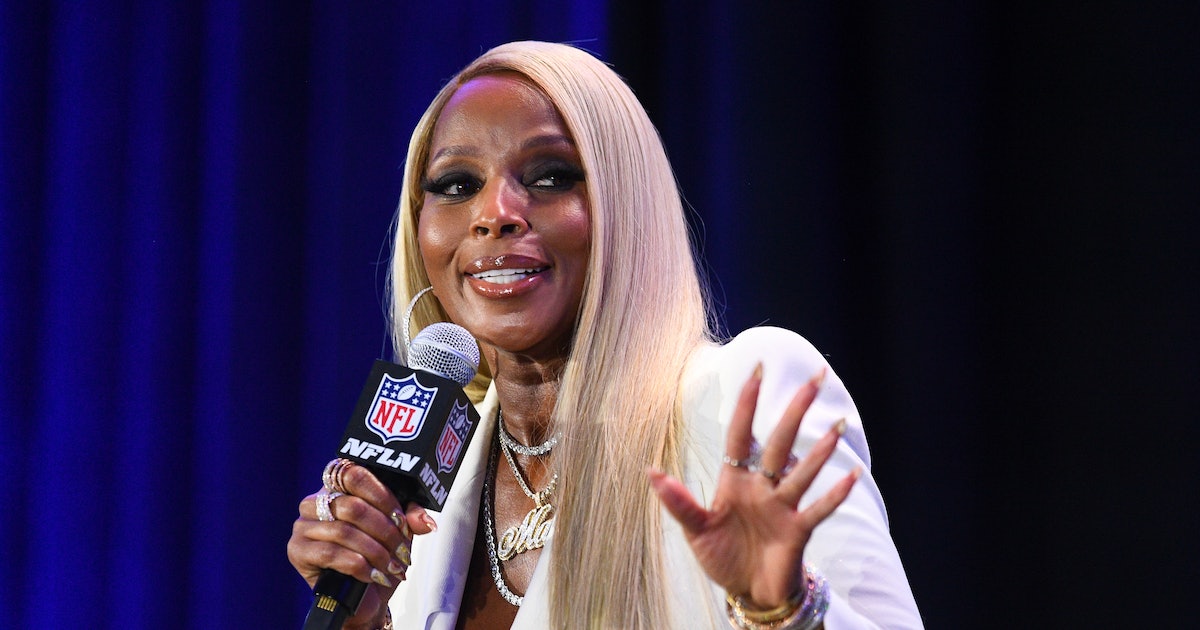 Not many musicians make a large enough impact in life to earn an honorific title, but Mary J. Blige is one of them. Known as the Queen of Hip-Hop Soul, MJB has produced some of the most soulful, catchy, and critically-acclaimed art in R&B and music in general. She has the chart records and sales to prove that the world loves it when she sings, helping make her a multi-millionaire.

After 30 years in the music industry, Blige will once again showcase her voice at the Super Bowl Halftime Show alongside fellow 2022 headliners Dr. Dre, Snoop Dogg, Eminem, and Kendrick Lamar. She previously performed at the big event in 2001 as a guest during Aerosmith and *NSYNC’s halftime show, which also featured Britney Spears and Nelly.

To many viewers’ surprise, Blige and other halftime show performers throughout the years aren’t paid to be part of any Super Bowl performance, although the halftime show sponsor (it’s Pepsi this year again) foots the bill for the game day musical production. “They don’t have to pay me, but if they were paying, it’d be a lot of money. But I’m good. This is the opportunity of a lifetime,” the 51-year-old artist said just days before the 2022 Super Bowl when asked on The Cruz Show. After every halftime show, participating artists always see their sales and streams skyrocket for their new and older songs, making them money in the long run from the massive exposure. The star also released her new album Good Morning Gorgeous on Feb. 11, two days before she takes to the field, so the free publicity will surely help that album perform well when viewers search for her music.

After Blige confirmed she’s not being paid to be part of the Super Bowl Halftime Show, fans are wondering how much the nine-time Grammy winner and Oscar nominee is worth.

What Is Mary J. Blige’s Net Worth?

Mary J. Blige is worth $20 million, according to Celebrity Net Worth’s tally. For most people, this is a lot of money, but for someone who has been releasing hit songs and bestselling albums as long as she has, that sum is actually a bit low in comparison to other artists with similar longevity. This may be due to the fact that Blige doesn’t own the masters to much of her music, in addition to facing financial issues for several years. At one point in 2017, Blige claimed in papers connected to her divorce that she earned $300,000 per month, so clearly she’s still doing well.

Blige’s recording career stretches back 30 years, as she released her debut album What’s the 411? in 1992. Since then, she has dropped 15 full-lengths and several compilations. Blige has charted four No. 1 albums, with another 10 reaching the top 10 on the Billboard 200. Looking at her hit singles, just one song (“Family Affair”) has reached the No. 1 spot on the Hot 100, while half a dozen of her tracks have broken into the top 10 on the list of the biggest songs in the U.S.

Throughout her career, Blige has sold more than 20 million albums in the U.S. alone, according to the Recording Industry Association of America. She’s racked up an incredible 31 Grammy nominations, taking home nine trophies. Blige has made money from her music in the form of royalties and up-front advances when she signed recording contracts. Her share of royalties might not have been as sizable compared to other musicians, but after selling as well as she has for as long as she has, it’s easy to understand how fractions and cents add up.

Despite touring the world for decades and playing hundreds of concerts, exact ticket grosses for her treks are largely unreported. Blige has headlined 10 tours, and she’s headed out on the road for co-headlining ventures with Jay-Z, Nas, Maxwell, and D’Angelo. She also opened for Bobby Brown early in her career when she hadn’t yet built a large enough fan base to command a large audience. It’s likely that her tours have brought in upwards of $100 million in ticket sales, but it’s impossible to confirm the sum. As the main draw, she surely earns tens, if not hundreds of thousands of dollars every show. Still, Blige isn’t making what she’d like to on the road. Included in papers she filed during her divorce, the singer claimed that she makes the bulk of her cash from playing live, but as a “legacy artist, there is no market for her to embark on a major world tour every year.”

Blige has made millions from partnering with brands in many different industries. For almost every single deal, she appeared in a commercial for the company that was paying her. Sometimes that’s where the relationship ended, while in other instances, the singer has worked with firms to offer contests or perform at special, private concerts. She has starred in commercials for Nike’s Air Jordans, American Express, AT&T, Burger King, Chevy, Citibank, Gap, Hologic (which has an ad ready for the 2022 Super Bowl), Pepsi, Reebok, and Target. She also helped design a line of lipsticks for MAC, with her Love Me collection offering two dozen shades. What Blige has earned for each of these partnerships varies, but she has definitely collected some sizable paychecks.

Blige’s involvement in the fashion world remains minimal despite always being stylish and dressed immaculately. She did launch a line of sunglasses called Melodies by MJB in 2010. What she was paid for this venture isn’t clear, and since it didn’t live on too long, it may have only been somewhat successful. However, Blige received an incredible response when she launched her first fragrance, My Life, which shares a name with one of her albums. The scent was only offered on HSN via beauty brand Carol’s Daughter. Blige’s inaugural offering reportedly broke records for the home shopping network when it sold at least 50,000 bottles. The item performed so well that shereleased a second perfume called My Life Blossom.

Blige quickly translated her fame into appearances on TV. She spent decades appearing in short-lived roles on programs like Out All Night, The Jamie Foxx Show, Moesha, Strong Medicine, Ghost Whisperer, Empire, Black-ish, and How to Get Away With Murder. More recently, she has started making even more money for her work on the small screen because of her starring spots in Netflix’s The Umbrella Academy, VH1’s Scream: Resurrection, and Starz’s Power Book II: Ghost.

When it comes to movies, it took Blige a little longer to find her way into major productions. After appearing in projects like I Can Do Bad All By Myself and Rock of Ages, she wowed critics with her work in Netflix’s Mudbound. She made history as the first person to be nominated for Best Supporting Actress and Best Original Song in the same year at the Academy Awards, and though she didn’t win either trophy, she did prove that she was a multi-hyphenate talent to be reckoned with. According to papers filed amid her divorce, Blige spent more money preparing for Mudbound than she earned from her acting. Her success in Mudbound has led to roles in animated projects like Sherlock Gnomes and Trolls World Tour as well as Body Cam and Respect. Now a two-time Oscar nominee, her acting fee has surely risen.

Blige once founded a production company, but little is known about what happened there. She has also created two record labels, Matriarch Records (distributed by Interscope) and Mary Jane Productions (distributed through 300). Blige’s 2022 album Good Morning Gorgeous is her first on her own new label. So far, these self-started firms probably haven’t been big moneymakers for Blige, but if she continues to release her own music, her share of the royalties will go up, certifying them as good moves on her part. The singer launched a line of wines, Sun Goddess Wines, in 2020. The brand offers pinot grigio, merlot, and sauvignon blanc. 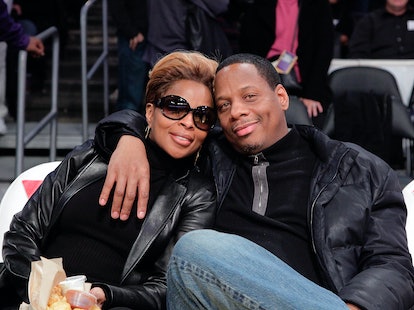 Blige has also been plagued by financial issues. In 2017, papers filed in her then-ongoing divorce to her former manager Martin “Kendu” Isaacs stated that she owed the IRS $6.5 million in back taxes. The singer has faced tax liens in the past, and while she’s been able to pay off some of her debts, it’s entirely possible her continuing woes have affected her net worth. During divorce proceedings, Blige was also ordered to pay her ex an incredible $30,000 per month.

Ruben Randall - April 3, 2022 0
TV/Movies
TEEN Mom Kailyn Lowry said her "heart is hurt" after she claimed her ex Chris Lopez "tried to kill her." Tensions have been sky high...