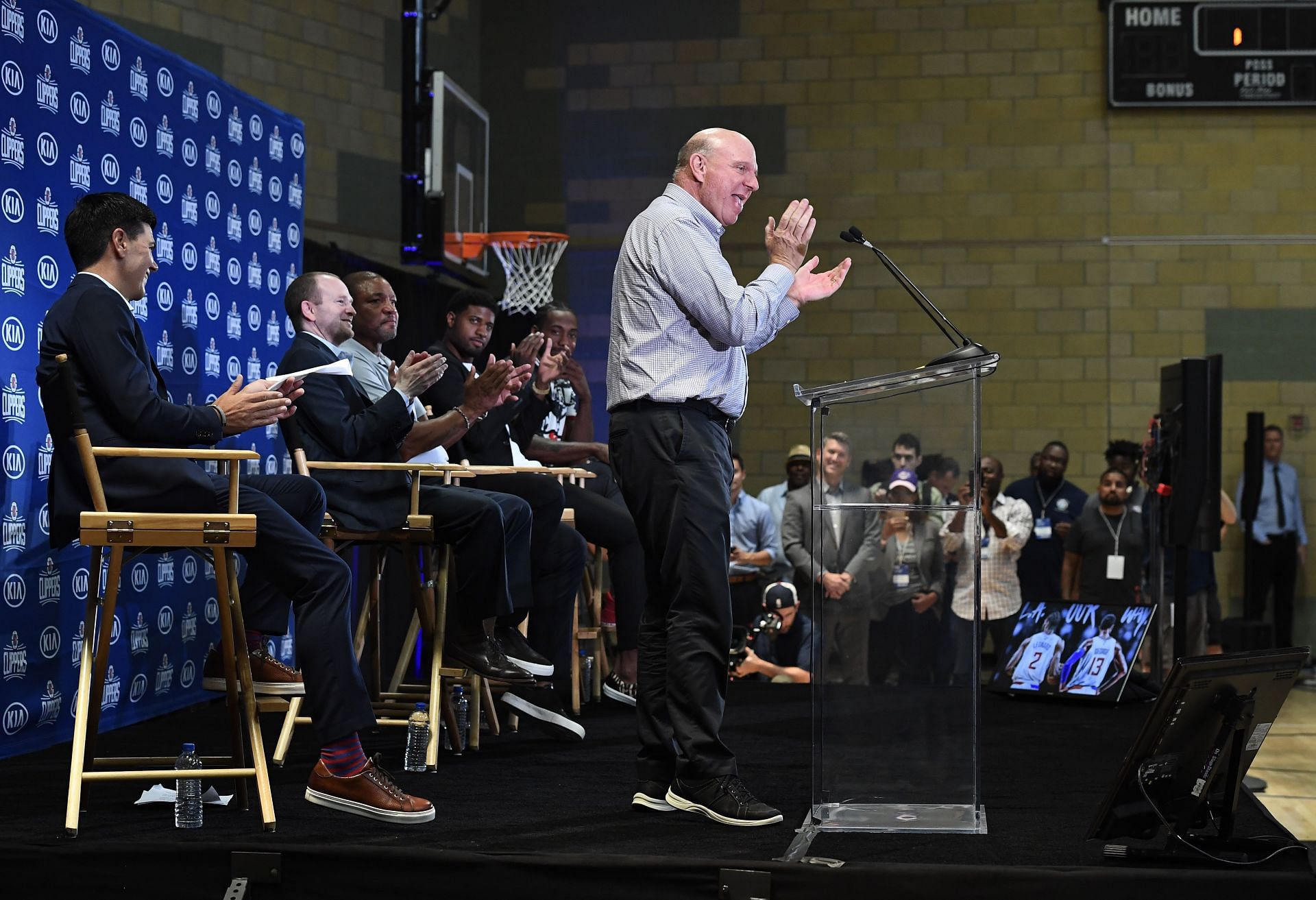 Outspoken LA Clippers owner Steve Ballmer has repeatedly topped the list of the richest NBA owners. As the former head of Microsoft, Ballmer has amassed a net worth of $79.9 billion. Despite his insane net worth, Ballmer is frequently seen at Clippers games courtside, where his antics have won over the hearts of NBA fans.

As one of the richest men in the world, many would think Ballmer may not have the time to be an engaged owner. That notion couldn’t be further from the truth. In addition to being extremely hands-on when it comes to his responsibilities as an owner, he also has zero plans to sell the team.

As he said recently, if he were just in it for the money, he could sell the team for a whole lot more than he purchased them for. As he revealed at the time, he plans to own the franchise until he dies. In addition to being one of the richest men in the world and one of the NBA’s most visible owners, Ballmer’s story is also incredibly unique.

While getting his education at Stanford, he wound up becoming a Microsoft employee who worked his way up from Bill Gates’ assistant to CEO. As he said on the David Rubenstein Show:

“I started out as assistant to the president, I was Bill’s assistant, basically, chief cook and bottle washer, sure, so I set up the accounting, which there was some but we needed it professionalized. I was the HR department. I hired everybody. When IBM came came the first time about their personal computer, I became the kind of salesmen on IBM.”

While one may think Ballmer’s involvement was the result of his education at Stanford, that wasn’t the case.

“Why? I knew how to wear a tie,” Ballmer said. “I was about the only guy around the place, Bill said, ‘You have a tie and a suit. Why don’t you come to the meeting!”

Was Miles Teller Actually Only Paid $8,000 For An Academy Award-Winning...