Few actors in Hollywood history have done it as long or as well as Gene Hackman. Just a few years after getting his start, he co-starred in the 1967 hit Bonnie and Clyde, and from there, the hits kept on coming (in a good way). After that, it didn’t take him long to establish himself as a star, and in the latter stages of his career, he had Keanu Reeves cutting his salary just to share the screen with him. Hackmen spent nearly 50 years in showbusiness before pursuing other personal passions, and he racked up an impressive net worth as an actor.

Between early TV roles and the big screen, Hackman appeared in front of the camera in parts of six decades from the late 1950s to the early 2000s. And he seemingly did it all.

Hackman starred in prestigious Academy Award-winning films such as Bonnie and Clyde, The French Connection, and Unforgiven. He won Oscars for his roles in the latter two films, but he didn’t settle only for critically acclaimed movies.

Hackman’s resume includes fan favorites such as Superman, Hoosiers, The Replacements, The Royal Tenenbaums, and alongside Denzel Washington in Crimson Tide,  just to name a few. He never shied away from challenging himself or taking a role just for the sheer enjoyment of it.

Along the way, Hackman worked alongside actors such as Reeves, Tom Cruise, Kevin Costner, Robin Williams, Clint Eastwood, Denzel Washington, and Warren Beatty. In addition to collaborating with some notable co-stars, Hackman racked up an impressive net worth during his time in Hollywood.

Hackman’s net worth is impressive 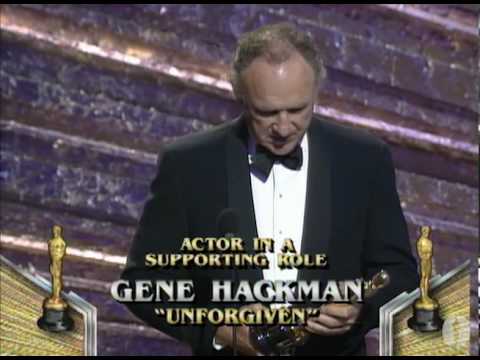 Celebrity Net Worth) reflects that.

Several of Hackman’s movies reached nine figures at the box office. The Firm ($270.3 million), Enemy of the State ($250.6 million), and Superman II ($190.4 million) are his three top-grossing movies, according to The Numbers.

A majority of that net worth comes from acting. Hackman has more than 100 acting credits on his resume and only one producer credit — for 2000’s Under Suspicion.

What is he doing now?

With the recent passing of Sidney Poitier, Gene Hackman, at age 92, is now the oldest living Best Actor winner. So many amazing roles. pic.twitter.com/m8IPDZvElr

Hackman’s final role was as retired president Monroe Cole in 2004’s Welcome to Mooseport. (We’re not counting the 2006 release of Superman II: The Richard Donner Cut since the theatric release happened in 1980).

Just because Hackman retired from acting doesn’t mean he’s stopped working. He’s just channeled his creative talents toward another medium. Hackman is a writer and novelist with seven books to his name, according to GoodReads. He has the sole writing credit on his two most recent books, 2011’s Payback at Morning Peak and 2013’s Pursuit. Hackman co-wrote three books with Daniel Lenihan between 1999 and 2008, and he penned the forward for The Ultimate Book of Sports Movies in 2009.

RELATED: These Stars Have Popped Up on ‘Diners, Drive-Ins, and Dives’

Bushy brows? So last year. Now we’re going back to the...