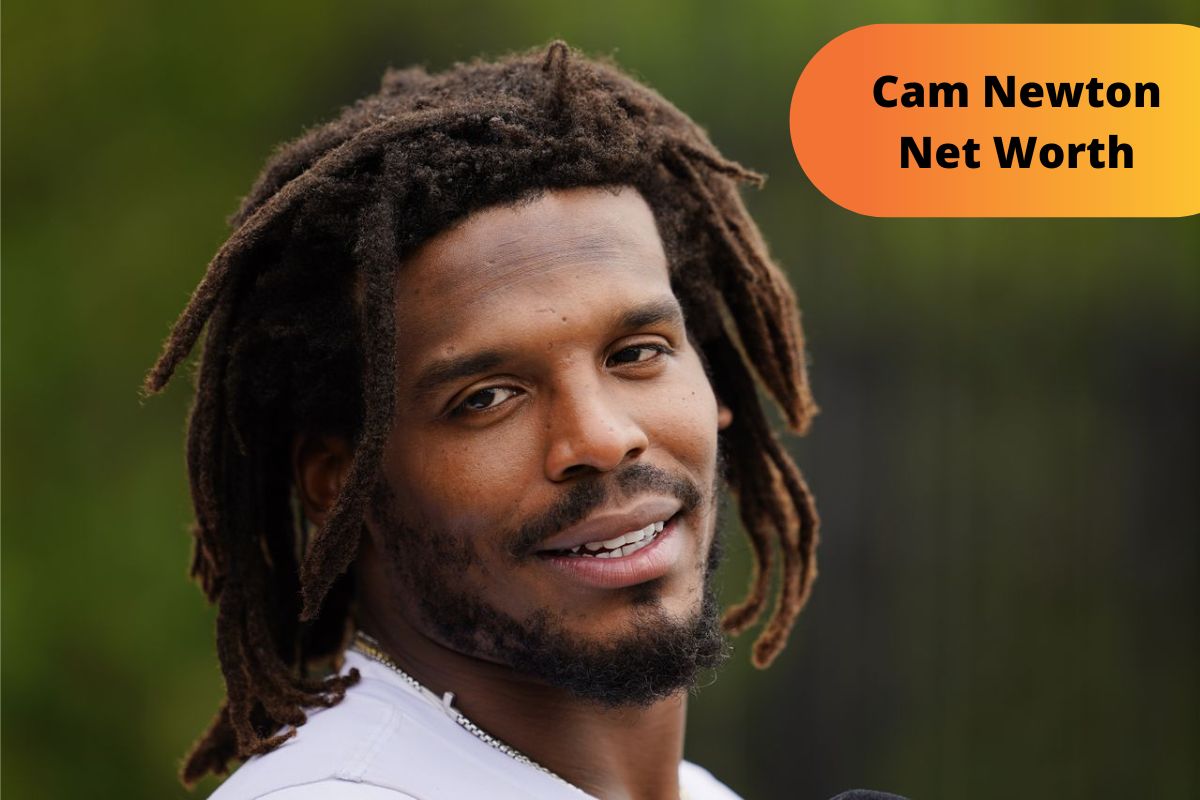 There are a lot of fans who have been curious about how much he earned and what Cam Newton’s net worth is. Read the full article to know the net worth of Cam Newton, early and personal life, career highlights, and many more.

According to Celebrity Net Worth, the estimated net worth of Cam Newton is said to be $75 million. From 2011 to 2019, he was the quarterback for the Carolina Panthers. Cam Newton Net Worth was $5.5 million annually until the 2014 season as a result of his four-year $22 million contract.

Newton then signed a five-year $103.8 million contract extension in 2015. Cam Newton Net Worth was $121 million as his base salary during his first 9 years in the NFL in base salary alone. His collaborations with companies such as Under Armour, Gatorade, Danon, and Beats by Dre also contributed to Cam Newton’s massive net worth.

After taking a dig at the earnings and net worth of Cam Newton, let’s take a sneak peek at his childhood.

As a child, Cam Newton used to play basketball and baseball however, he quit both during his teenage years. Newton played football at Westlake High School and was also offered scholarships from Ole Miss, Oklahoma, Maryland, Florida, Virginia Tech, and Mississippi State all offered him scholarships. He then attended the University of Florida though later he transferred to Auburn.

Cam Newton has 7 children. He has four kids with his ex-girlfriend Kia Proctor: Sovereign-Dior, Cashmere, Chosen, and Cameras, and with Instagram model La Reina Shaw, he has a son, Caesar. According to reports, Caesar was born when Proctor was pregnant with Cashmere.

Cam also considers himself the father of Kia’s daughter, Shakira, and Shaw’s son Jaden. Belk department stores started selling Newton’s line of men’s apparel, MADE by Cam Newton, in 2013, and in 2019, he launched the Fellowship restaurant/cigar bar in Atlanta.

From 2007 to 2008, Cam Newton played on the Florida Gators, however, he was dismissed from the team in November 2008 following his arrest for stealing a laptop of a fellow student. In January 2009, he was sent to Texas’ Blinn College, and that year, the team made it to the NJCAA National Football Championship.

He was ranked number one high school or junior college quarterback by Rivals.com, and in 2010, he started playing for the Auburn Tigers. Cam was named SEC Offensive Player of the Week following his first game with the Tigers. Auburn gained victory in the SEC Championship in December 2010, and the next month, Cam played in the BCS National Championship Game.

See also  Pierce Brosnan Net Worth: What He Has Relationship With Keely Shaye Smith?

Auburn triumphed in that championship also, and after 3 days, Cam revealed that he would be declaring for the NFL Draft rather than playing his senior season at Auburn. However, in 2011, Cam joined the Carolina Panthers, during his time off, he went back to Auburn and obtained a sociology degree in 2015.

On September 11, 2011, Cam Newton played his first game with the Panthers and was selected to play in the Pro Bowl in 2012. In February 2012, Cam became Pepsi NFL Rookie of the Year and AP Offensive Rookie of the Year. Later, he was named to the honorary PFWA All-Rookie Team, and his peers ranked him at number 40 on the “NFL Top 100 Players of 2012” list.

He ranked at number 24 on the 2014 list, and in the same year, he played in the Pro Bowl again. Newton had surgery on his ankle ligaments in March 2014 and that took four months to recover. He then returned to play during the team’s second preseason game, and then a harsh hit resulted in a hairline fracture on his ribs during the next game.

In December 2014, he met in a car accident in Charlotte and fractured his back in two places however, he just missed one game because of that injury. The Panthers prevailed in the NFC Championship in 2015 and made it to the Super Bowl. He was named NFL MVP the day before Super Bowl 50, and despite the Denver Broncos beating the Panthers in the game, Cam ranked #1 on the “NFL Top 100 Players of 2016” list. During the following seasons.

Newton was troubled with injuries, including a concussion, partly torn rotator cuff, and a different shoulder injury. Newton underwent surgery on his right shoulder in January 2019, and after that season, he had a Lisfranc fracture in his left foot.

He was placed on reserve by the team in November, and they permitted him to seek a trade in March 2020. He didn’t find a trade partner, and he was released by the Panthers on March 24; after three months, the New England Patriots signed him. Newton set several records during his career with the Panthers including the most rushing touchdowns by a quarterback in the history of the NFL and the most passing yards by a quarterback in a debut game.

So, we have covered everything we knew about Cam Newton, from his net worth to personal life and successful football career. Newton made remarkable net worth with his successful career and also from endorsements with companies. We will keep you updated with all the latest information until then stay tuned to our website Venturejolt.com