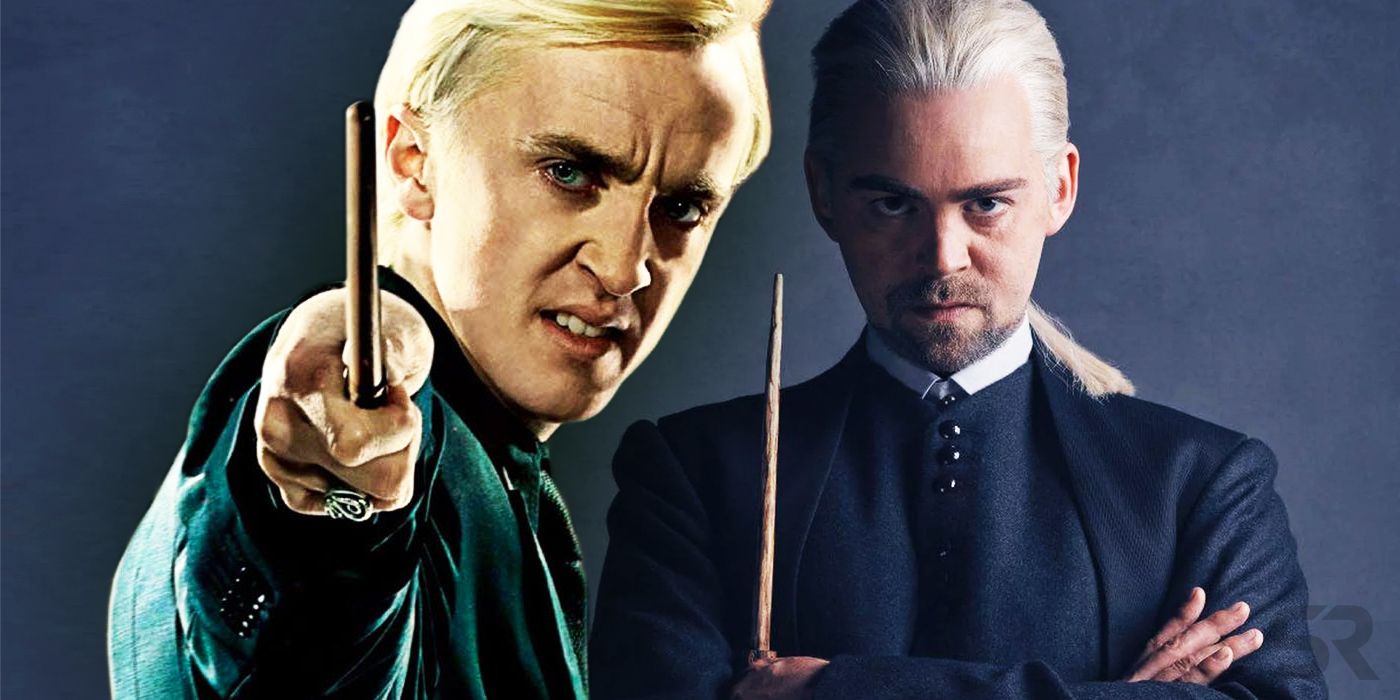 Draco Malfoy was a changed man after the events of Harry Potter. Here’s what happened to Tom Felton’s movie character after the series ended.

What happened to Draco Malfoy after the events of Harry Potter? Actor Tom Felton portrayed the character in all eight movies based on the series by author J.K. Rowling. In the years following the series, Draco went through a major transformation as hinted at through The Deathly Hallows epilogue.

Draco Malfoy was a very complex character within Harry Potter. The pure-blood wizard possessed many positive qualities of a Slytherin but he was also a bully. Much of his horrible behavior stemmed from his upbringing; he was the only child of Lucius and Narcissa Malfoy, raised to look down on Muggle-born wizards and witches, and never hesitated to make them feel inferior. This made him an enemy in the eyes of Harry, Ron, and Hermione throughout their time at school.

Related: How Bellatrix Lestrange Is Different In The Harry Potter Books

During the Battle of Hogwarts, Draco disobeyed the school’s evacuation orders with the intention of delivering Harry to Voldemort. He needed to do something to show the Dark Lord that the Malfoy family was loyal. However, Draco failed in getting Harry and instead needed to be rescued by his classmates multiple times that night. When Harry defeated Voldemort, celebrations erupted in what remained of Hogwarts but the Malfoy family were impartial to the victory, deserting their evil master. But that was just the start of a sizable change heading for the Malfoy family, thanks in part to Draco.

At the end of Harry Potter and the Deathly Hallows, it was revealed that Draco and his mother avoided Azkaban. And, as he lived out the remainder of his teenage years, Draco had a change of heart. He went into a very dark place emotionally but he came out of it a changed man. By the time he sees some of his old classmates in the epilogue scene – set nineteen years after Voldemort’s defeat – Draco had a wife and son. He gave Harry, Ron, and Hermione a nod at King’s Cross Station as if he acknowledged their past but wanted to prove he was a different person. That wouldn’t be the last time Draco encountered Harry in adulthood.

Draco and his wife, Astoria Greengrass, decided early on that they would raise their son without pure-blood beliefs. Scorpius Malfoy was taught to treat Muggles and half-bloods with the same respect that he would treat any wizard or witch. Draco’s young son spent much of his childhood in seclusion but that didn’t dissuade his decision to go to Hogwarts. Scorpius befriended Harry’s son Albus but the boys were often targeted by bullies. Rather than act with revenge, Draco taught Scorpius that his happiness mattered and he shouldn’t let others affect his self-perception.

Scorpius’ friendship with Albus came into focus during Harry Potter and the Cursed Child. The boys were both sorted into Slytherin and they became very close in their first year. Scorpius suffered the loss of his mother ahead of his third year but Draco greatly stepped up as a parent. Even though Scorpius’ birth later caused Astoria’s death due to her family’s blood curse, Draco never showed any resentment toward his son. He was affectionate and kept his son’s best interest without ever pressuring him to be someone he’s not. The same could never be said between Draco and his own father.

Related: Harry Potter And The Cursed Child Movie Updates: Will It Happen?

In the following year, Scorpius and Albus got caught up with the Dark Witch Delphi and a Time-Turner. The pair created multiple alternate realities with the magical device before they got stuck in 1981. Draco and Harry team up to rescue their sons with the use of a more advanced Time-Turner. They couldn’t be more different than in the Harry Potter series, but Draco finally got to make amends with his old archenemy.

Why Holland, Garfield & Maguire’s 3 Spider-Man Meme Was So Difficult


Kara Hedash is a features editor and writer for Screen Rant. From time to time, she dives into the world’s most popular franchises but Kara primarily focuses on evergreen topics. The fact that she gets to write about The Office regularly is like a dream come true. Before joining Screen Rant, Kara served as a contributor for Movie Pilot and had work published on The Mary Sue and Reel Honey. After graduating college, writing began as a part-time hobby for Kara but it quickly turned into a career. She loves binging a new series and watching movies ranging from Hollywood blockbusters to hidden indie gems. She also has a soft spot for horror ever since she started watching it at too young of an age. Her favorite Avenger is Thor and her favorite Disney princess is Leia Organa. When Kara’s not busy writing, you can find her doing yoga or hanging out with Gritty.

See also  Ban congressional stock trading? Sure, but why stop there

Ruben Randall - August 26, 2022 0
Money
Into The Woods (Theatre Royal, Bath) Rating: Verdict: Magical spectacleGloating may be unseemly but Terry Gilliam has certainly earned the right to crow about his...