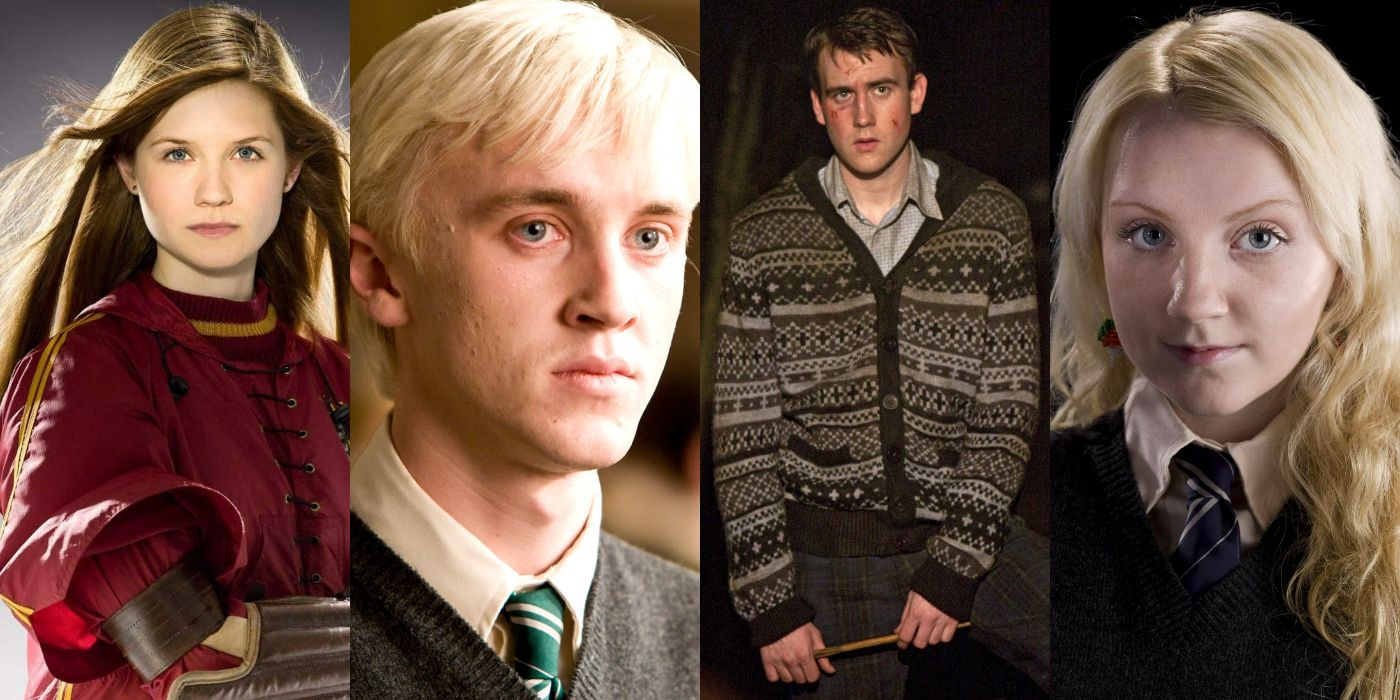 Between Fantastic Beasts: The Secrets of Dumbledore and the upcoming video game Hogwarts Legacy, Harry Potter fans are getting a lot of peeks into the events within the wizarding world that happened before Harry’s epic final battle with Voldemort. However, there have so far been no screen adaptations of the events that took place after, other than the short epilogue that was seen at the end of Deathly Hallows Part 2.

Of course, that doesn’t mean that the lives of favorite characters are entirely unknown to audiences. The play The Cursed Child gave quite a bit of insight into Harry’s future, revealing that he became an Auror like he always dreamed of and faced the joys and headaches of parenting in a magical world. However, audiences are still hungry to learn more about the side characters of Harry Potter. For this reason, Wizarding World has revealed several tidbits about the futures of some of everyone’s favorite characters.

It’s a comfort to know that after the Battle of Hogwarts, Luna Lovegood didn’t give up her strange ways. Instead, she became a Magizoologist and spent her career traveling the world looking for and classifying previously unheard-of magical creatures (yes, she eventually accepted that Crumple Horned Snorkacks weren’t real).

Wizarding World and the Fantastic Beasts book also revealed that Luna married into an equally eccentric family: the Scamanders. Rolf Scamander, the grandson to Newt, was also a Magizoologist and likely would have made the perfect match for the unorthodox Luna.

Luna’s marriage to Rolf Scamander may have fans of the “Luna and Neville” pairing feeling disappointed, but it sounds as if Neville still managed to find happiness. The epilogue revealed that Neville, who had great wizarding quotes in Harry Potter, became the Herbology teacher at Hogwarts, which was surely a perfect fit.

But that’s not all. Wizarding World revealed that Neville married Hannah Abbott, who was always a constant in the background at Hogwarts while never being a central part of Harry’s story. She and Neville lived together in London in a cozy apartment above the Leaky Cauldron, where they received frequent visits from the Potters and Weasleys.

Of course, the Harry Potter series revealed that Ginny Weasley ended up married to the Boy Who Lived himself, and together they had three children. However, she certainly did not live in her husband’s shadow. Instead, Ginny became a professional Quidditch star, playing Chaser for the Holyhead Harpies.

Ginny eventually retired from her highly successful team, but that wasn’t the end of her days on the Quidditch scene. She worked for the Daily Prophet as their senior Quidditch correspondent, so traveling around to some of the biggest world Quidditch matches was likely the norm for the Potter family.

It’s hard to imagine George Weasley without his equally as funny twin brother, but there would be another Fred in his life. Sometime after the Second Wizarding War, George connected with Fred’s first girlfriend, Angelina Johnson, and they had a little boy: baby Fred Weasley.

In addition to George’s happy little family, Weasley’s Wizard Wheezes continued to be a booming success. Wizarding World and Quidditch Through the Ages hint that the business became a wildly popular franchise, and the twins’ giant likeness continued to smile on Diagon Alley for many years.

When Harry was a child, he dreamed of leaving Privet Drive and never looking back. However, Dudley Dursley’s surprise demonstration of appreciation at the beginning of Deathly Hallows seemed to have changed his mind. J.K. Rowling revealed that the cousins remained on friendly terms in adulthood and paid each other yearly visits.

While it is unknown who Dudley married or how many kids they had, it does seem that he lived a much kinder life than his parents. The Wizarding World team pointed out that Dudley even kindly mailed Harry a baby blanket that Petunia had stashed away, knowing that he would want one of the few things left behind by the Potters.

As a Slytherin in Voldemort’s service, The Second Wizarding War was brutal for Draco, who realized after it was too late that he had joined the wrong side. People he had been taught to hate his whole life ended up saving him, which caused Draco to question some of the other ideologies he had been raised with.

Draco married the younger sister of one of his Slytherin classmates, Astoria Greengrass. She had also been raised in a pure-blood family and had seen the devastation that blood status mania had caused. Together, she and Draco decided to raise their son Scorpio without the hate of Muggles, and of course, The Cursed Child tells the rest of that tale.

Lucius And Narcissa Malfoy Didn’t Change At All

While their son learned his lesson about following Voldemort, it seems that Lucius and Narcissa Malfoy did not. They avoided prison by providing the Ministry with all the information they had about Death Eaters that were still at large and were allowed to return to their home and pampered life (though without the status that they once held).

The pair were excited for their son to marry into another pure-blood family belonging to the Sacred Twenty-Eight. However, they were let down when they discovered that Astoria Greengrass had far more progressive views than their own.

Ron Weasley Got His Own Chocolate Frog Card

Living in the shadow of his older brothers and then his best friend was always difficult for Ron Weasley. However, the day finally did come when Ron proved that he had a legacy all his own when he became immortalized on a Chocolate Frog Card.

Of course, this wasn’t his only success (though it was likely a go-to when it came time for him to brag). After the events of Harry Potter, Ronald Weasley had a short but successful career as an Auror before he decided to leave his job to assist his brother George in running Weasley’s Wizard Wheezes.

With Hermione’s cleverness and passion, there could never be any doubt that she would be successful. After the Battle of Hogwarts, the star pupil returned to school to finish her education before starting her first job within the Ministry at the Department for the Regulation and Control of Magical Creatures. Here, she fought for house-elves’ rights and established regulations regarding their treatment.

See also  Winter Love Island 2023: Everything we know about the series so far

That wasn’t the end of Hermione’s ambitions, however. She moved to the Department of Magical Law Enforcement, where she stripped away oppressive laws against Muggles and Muggle-born wizards before moving on to become the Minister for Magic.

NEXT: 10 Slytherin Quotes From Harry Potter That Perfectly Sum Up Their Personality


Angel is a Senior List Writer at Screen Rant, specializing in Harry Potter, Lord of the Rings, and other book-to-screen content. She holds a bachelor’s degree in language interpreting and is passionate about all things culture, linguistics, and communication. Currently, Angel lives in Michigan with her husband, three sons, two cats, and a rambunctious dog.
Angel is deeply in love with any form of storytelling, whether it be books, movies, TV Shows, or video games. She loves diving deep into lore (the more complex, the better) and finding the hidden meaning behind a character’s smallest actions. Even more than that, Angel loves sharing her finds with anyone who is willing to listen, which makes Screen Rant the perfect place for her.
In her free time, Angel can typically be found binge-watching comfort shows, hanging out with her guild of nerdy friends, playing any Zelda game, or teaching her kids about the fantastical worlds of fiction.
Find Angel on Twitter: AnjuShiSki

Abode of the gods