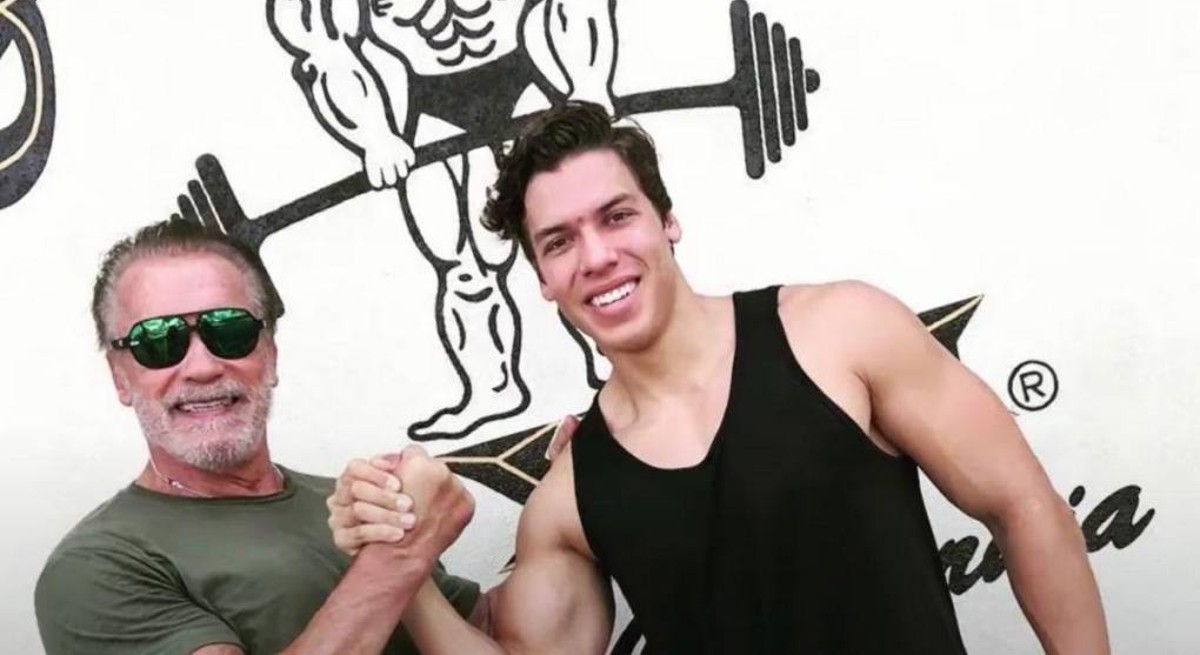 It’s been 11 years since the Los Angeles Times revealed that Arnold Schwarzenegger fathered a love child with his housekeeper Mildred which shocked the world and precipitated his divorce from Maria Shriver. Even more shocking than the revelation itself was the fact that he’d been able to keep it a secret for more than a decade. Schwarzenegger’s life imploded after his son Joseph Baena’s identity was revealed.

RELATED: The Way Arnold Schwarzenegger Responded to a Depressed Fan is a Powerful Lesson in Empathy

In the time since then, Schwarzenegger has revived his acting career and owned up to the mistakes he made. He’s rebuilt his life from the ashes of the bomb that went off in it. He’s built a relationship with his son Joseph and showed that even though he made a mistake in having an affair while married, he’s a man of character who can admit when he was wrong and take steps to make it right again.

Where is Joseph Baena today and what’s he up to? Is he following in his famous father’s footsteps or forging his own way in the world?

They grow up so fast! Joseph Baena graduated from Pepperdine University in Malibu in 2019 and reportedly has aspirations to follow in his dad’s footsteps by becoming an actor. In the meantime, he needed to earn some cold hard cash, so he got a job in real estate. His father may be worth $450 million according to Celebrity Net Worth, but he’s not doling out handouts to his 24-year-old son.

On Sophia and Sistine Stallone’s podcast Unwaxed, Baena said, “I’m really grateful that my dad helped me get through college,” Baena started. “But right when college was done, it was just like, ‘You go. You’re on your own.’ I was like, ‘Oh, s***.’” Baena needed to find a way to make money until his acting career started delivering returns.

When Joseph Baena graduated from college, he wanted to be an actor. However, faced with a need to make money, he started an internship at a real estate firm. During the Unwaxed podcast, he said, “So yeah, I needed a job, and I was not getting any of the acting roles that I thought I was going to get, and like starting to get paid.  I was like, ‘I need to do something.’ So, I started interning at this real estate company.”

Baena got a job at ARIA Properties. Though he still has ambitions to act and become a movie star, he’s doing well in his career and has even found out that he likes it, saying, “I went in there. I was like, ‘I want to just learn as much as possible while making some kind of income.’ And then I enjoyed it and was like, ‘Oh, I think I can do this pretty well.’ So, I got my license.” He became a licensed real estate agent in 2021.

Baena’s Instagram reveals that he sold his first home in early 2022. He captioned the picture celebrating the event: “SOLD!!! Congratulations to my clients for trusting myself and @aria_properties to sell their beautiful Santa Monica Property!”

RELATED: Arnold Schwarzenegger: No One Can Do It Alone

His IMDB profile reveals he appeared in the TV miniseries Off the Grid and in the film Chariot. He’s got a few movies he’s filming now including Encounters and Bully High.

He launched his podcast Opposite Ends earlier this year with tech entrepreneur, Jaibir Nihal Singh. They interview successful guests to discuss their careers, what they did, what they learned, and what it took them to achieve their goals.

He’s also following in his dad’s footsteps of being a serious bodybuilder. A quick glimpse at his social media reveals the budding actor posing in classic weightlifting poses like his dad did back in his Mr. Olympia days.

In January 2022, Joseph Baena admitted on the Unwaxed podcast that he had been single for about a year and a half after trying out the dating apps Hinge and Raya. He also admitted that he’s only had three relationships in his life so far.

He dated a girl for three years from his junior year in high school until the end of his first year of college. Then he dated another girl for a year and a half starting his junior year in college. And finally, he dated Malibu Juice Club founder Nicky Dodaj, whom he met at Pepperdine for a couple of years.

Why Doesn’t He Use The Schwarzenegger Name?

Joseph Baena is on the cover of the March 2022 issue of Men’s Health magazine, where he opens up about his famous dad and the fact that he’s following in his footsteps as an actor and bodybuilder.

In the interview, he reveals why he doesn’t use his father’s last name, saying, “When I go to auditions, they don’t know who I am because we don’t have the same last name.” Another benefit to this strategy is that when Baena does book a role he knows it was all him and not his famous name.

Baena also said that his dad Arnold Schwarzenegger is old-school and doesn’t believe in handouts. He said, “He believes hard work pays off, and so do I. I love the word honor, and I’m very prideful in the sense that if I use my dad’s contacts or ask him for favors, I wonder what honor is that gonna bring me?”