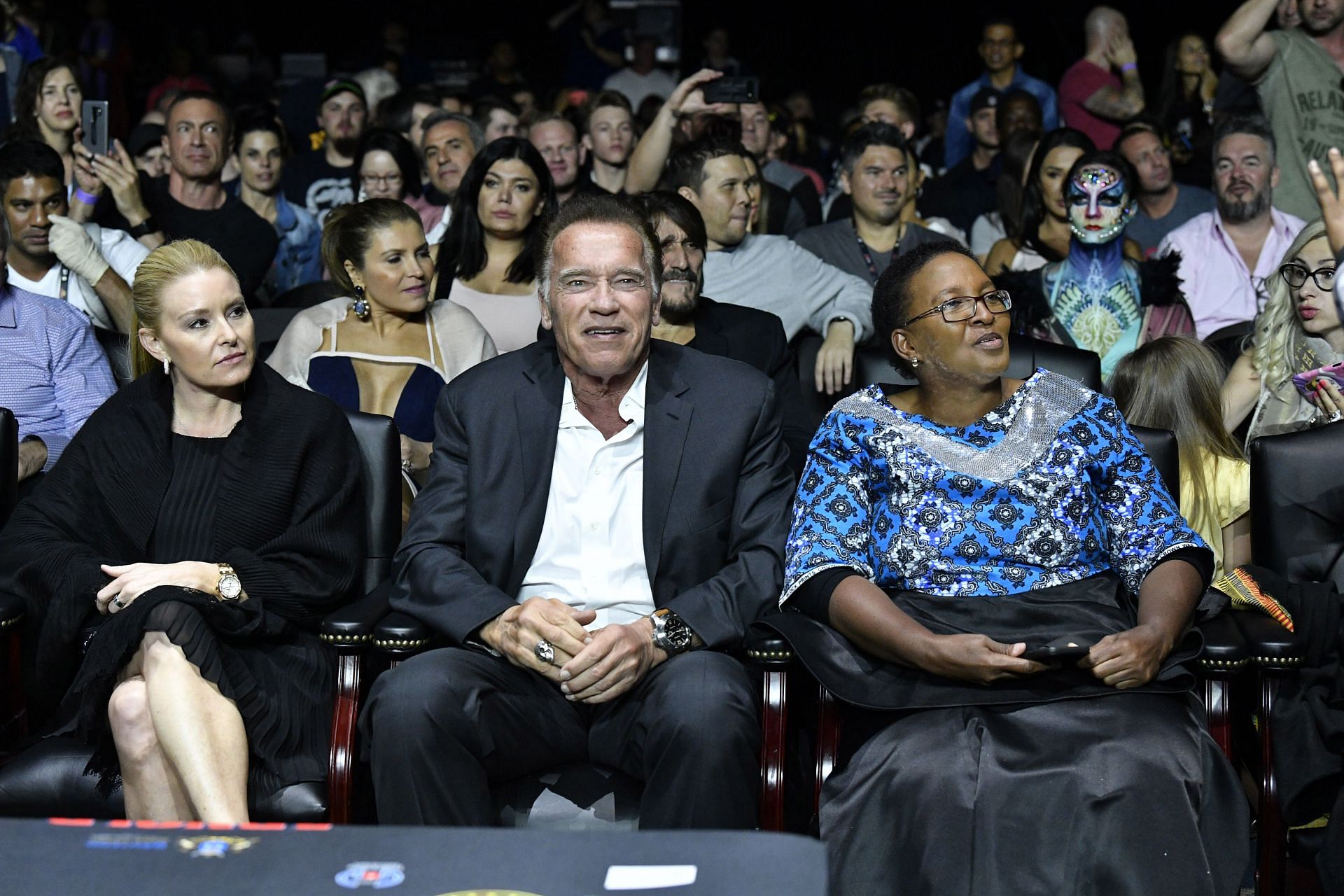 Arnold Schwarzenegger has had many partners throughout his life. At this point, he is dating Heather Milligan. The two have been together for nine years since their relationship began in 2013.

By trade, Milligan is a physical therapist. She has her own practice called Elite Ortho Sport, where she treats professional athletes for their sports injuries.

The couple’s net worth is currently unclear. Though Milligan probably benefits from dating someone who has a net worth of over $400 million, physical therapy is not a low paying job by any means.

Despite being together for nine years, the two do not seem to have plans of getting married. They first began seeing each other in 2012, and began officially dating the following year. They have remained together ever since.

The couple does not have any children together, and it is unclear whether Milligan has any offspring of her own.

Schwarzenegger has five children – four with his ex-wife Maria Shriver and one with a housekeeper with whom he had an affair in the late 90s.

Though there is a large age gap between the two, as Milligan is just 47, that does not seem to cause any problems for the couple, as they are usually seen as very happy and in love.

Maria Shriver is the former bodybuilder’s first and only wife. They got married in 1986 and were together until 2011 when they separated. It was not until 2017 that their divorce was finalized, though.

Mildred Patricia Baena is the woman with whom Schwarzenegger had an affair with. Her son was born just five days after Schwarzenegger’s last child with his then-wife.

It is rumored that Vanessa Williams slept with the actor in order to get a role in the 1996 movie Eraser. This is unconfirmed, though.

From 1989 to 1996, it was reported that Schwarzenegger had an affair with Gigi Goyette. Goyette is a stuntwoman who is best known for working on Rusty: A Dog’s Tale and Vengeance Turns.

In 1990, a film called Total Recall was released, which starred Schwarzenegger and Rachel Ticotin, who also starred in Con Air and Man on Fire. It is rumored that the two had an affair, but that is also unconfirmed.

In the mid 1980s, the former governor of California had an affair with Brigitte Nielson, an actress and model. Schwarzenegger admitted to the affair.

In 1979, the former bodybuilder dated Eleanor Mondale, a TV host and actress. Two years prior, he dated a woman named Sue Moray.

Reports suggest that the actor had a brief fling with Kellie Everts, another actress, in the early 70s.

From 1967 to 1971, Schwarzenegger dated Barbara Baker. As of now, that is the extent of the former bodybuilder’s romantic life and, based on how things have gone with Milligan thus far, that might be it.

Doctor Strange 2: Here Are 2 Strange Issues You Don’t Know Yet About the...

Let’s All Remember, And Try To Forget, The Terrifying Doll From...