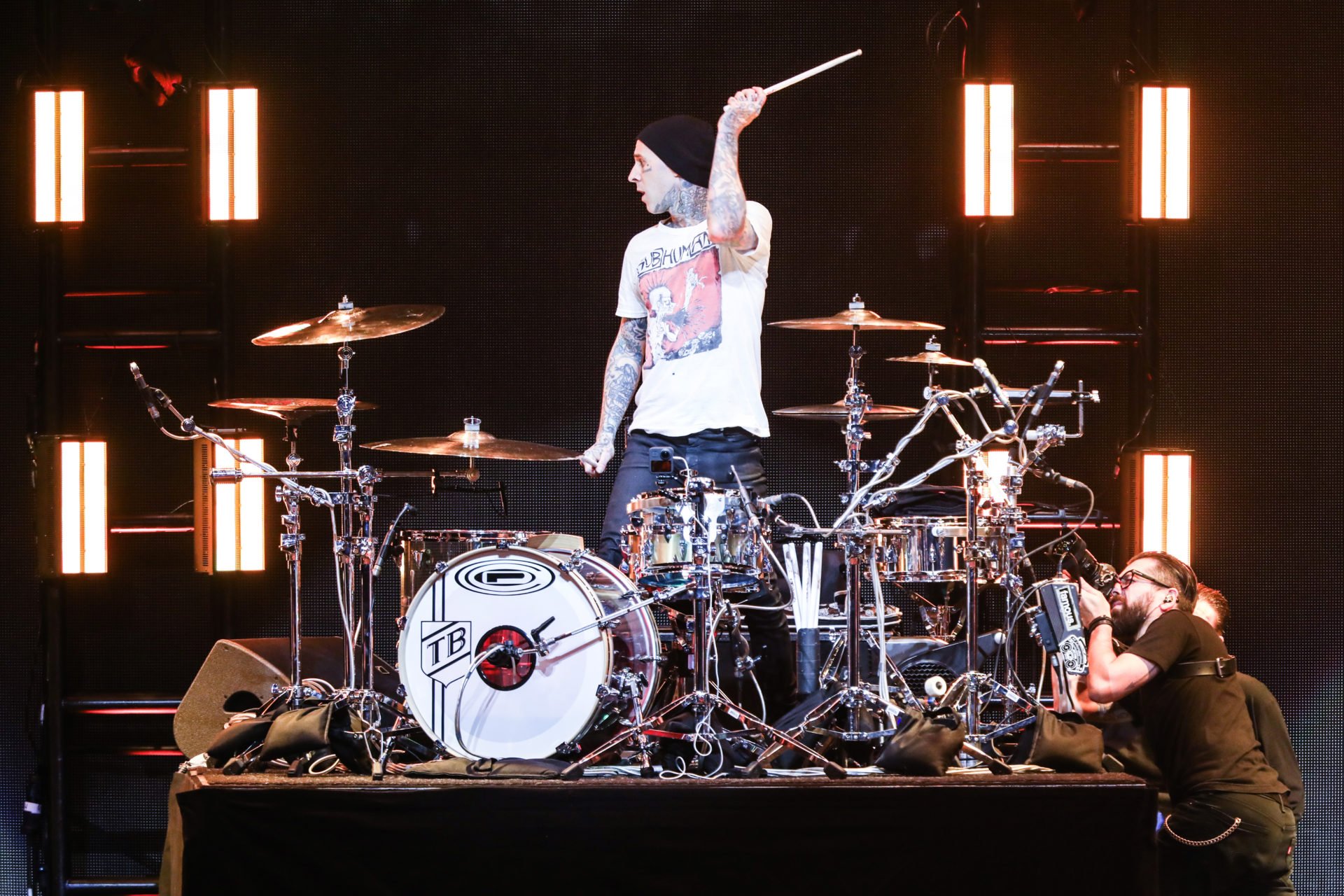 Been screaming Blink 182’s ‘I Miss You’ for what feels like a million years? We missed them too, but now the famous trio Travis Barker, Tom DeLonge and Mark Hoppus are officially back – with a brand new tour on its way.

The drummer took to Instagram on Tuesday (October 11th) to share a hilarious ‘I’m Coming’ video, which featured different people of society – such as a post man – gearing up the band’s fandom by sharing the exciting news.

We’ve got the lowdown on everything Blink 182 you need to know, from when the tour is happening, to how Travis’ wife Kourtney Kardashian has been hyping up her hubby’s new musical comeback.

Within hours of Blink 182’s tour announcement, Travis took to Instagram to share a hilarious montage of different members of society revealing that “they’re coming”, captioning it with: “We’re coming!!!! Blink182.com.”

Just minutes later, fans and supporters were in the comments, reacting to the post with multiple emojis. One of them was sister-in-law Khloe Kardashian, as well as musician Quest Love, who said: “🤣🤣😂😂😂 best announcement.”

From a skater saying, “I’ve tried hundreds of different ways to make them come,” to a postman saying, “Every night, I prayed for them to come”, only Blink 182 would know how to announce their comeback so hilariously.

Travis, Tom and Mark will be touring together for the first time in almost ten years. Special tour guests include Turnstile in North America, Rise Against in Australia, The Story So Far in Europe and Wallows in Latin America.

Tickets are set to go on sale on Monday October 17th at 10AM local time at blink182.com. Set to be their biggest tour ever, the trio will be performing their hearts out starting March 2023 through to February 2024.

The band will also drop their new single “Edging” on Friday, October 14, marking the first time in a decade that Mark, Tom and Travis have been in the studio together.

Kourtney hypes up her hubby’s return

Kourtney took to Instagram on Tuesday to re-share Travis’ latest ‘They’re coming’ video to her story. And it looks like it won’t be too long before she becomes a tour wife again, such as when the drummer supported Machine Gun Kelly.

Just minutes after Travis posted the video, Kourt was quick to support him by writing multiple red exclamation marks to help spread the word of Blink 182’s big comeback announcement on social media.