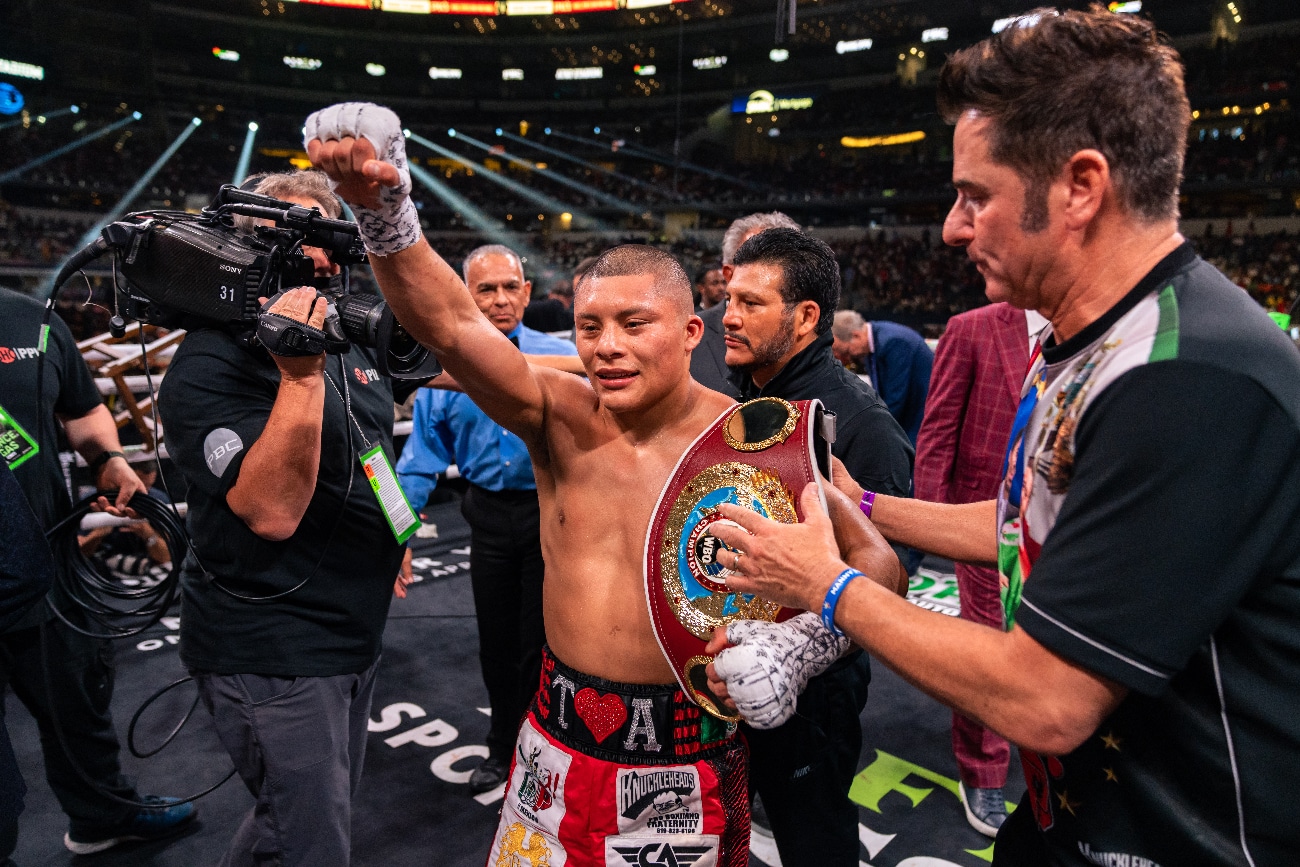 By Jack Tiernan: WBC president Mauricio Sulaiman has canceled his organization’s order for the lightweight title eliminator between #2 contender Ryan Garcia and #3 Isaac ‘Pitbull’ Cruz because the two fighters have other fights.

With the Pitbull fight not happening, Ryan revealed that he’d be headlining on July 16th at the Staples Center in Los Angeles.

He’s not saying who his opponent will be, but it’s believed that it’ll be either Javier Fortuna or Joseph ‘Jojo’ Diaz Jr, two fighters that he’d been scheduled to fight last year.

It was Pitbull Cruz’s promoter Sean Gibbons that revealed last week that it’s not a good time for them to take the fight with the unbeaten Ryan (22-0, 18 KOs).

They’re in a holding pattern, hoping to get a rematch against WBA ‘regular’ lightweight champion Gervonta ‘Tank’ Davis or Rolando ‘Rolly’ Romero if he captures the strap at the end of this month.

Ryan, 23, isn’t pleased with losing out on the fight with Pitbull Cruz, as he wanted to fight him and add his scalp to his resume.

According to Ryan, this is the second bad experience he’d had working with the management for Pitbull. Ryan says he lost out on a fight against Tank Davis

“After consultation with the camps of Ryan “King” Garcia and Isaac “Pitbull” Cruz, it has been confirmed that both fighters had prior scheduled fights; consequently, the process ordered by The WBC has been now canceled,” said WBC President Mauricio Sulaiman on the World Boxing Council website.

“The door remains open for a possible match in the future between these two sensational fighters.
Mauricio Sulaiman
WBC President.”

It’s questionable whether Ryan’s promoters at Golden Boy Promotions will bother attempting to reschedule a fight with Pitbull Cruz at a later day. As the saying goes, ‘Once bitten, twice shy’ might apply in this case. From the way Ryan has talked recently, he sounds jaded from the experience and not likely to want to try and negotiate a fight with Pitbull in the future.

It’s too bad for Pitbull Cruz because his career might be in need of a fight with Ryan by next year if he gets knocked out by Tank Davis.

Ryan is heading in another direction towards fighting the winner of the June 5th fight between unified lightweight champion George Kambosos Jr. and WBC champion Devin Haney.

“What Isaac Cruz needs to understand and his idiotic manager Sean Gibbons who has nothing but disrespected me and lied to me on other occasions, and I’m talking to his son too. I’ll go on and headline at Staples Center on July 16th while you guys use someone as a pawn. Run Cruz from them,” said Ryan Garcia on Twitter.

Ryan is coming off an impressive 12-round unanimous decision over contender Emmanuel Tagoe on April 9th in San Antonio, Texas. It was a good performance by Ryan, who was coming off of a 15-month layoff since his last fight against Luke Campbell.

OG Voice Actors Troy Baker and Ashley Johnson Will Have Roles in the Series...